Media Beyond the Numbers: Three wishes for women in media 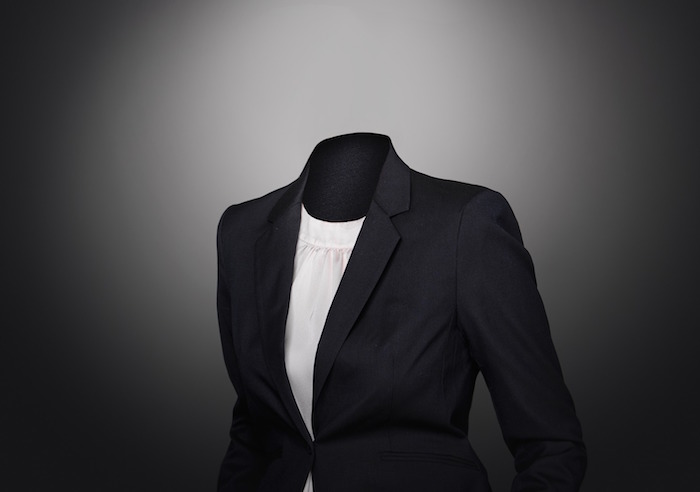 According to the latest Quarterly Labour Force Survey by Stats SA for the second Quarter of 2019, the unemployment rate for women is hovering around 31% compared to 27% for men.

Unemployment among women increased by 2% quarter on quarter. There are around two million more men formally employed compared to women. 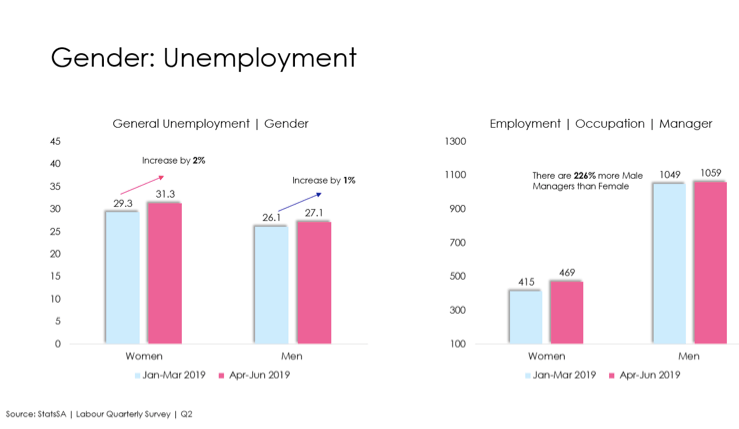 This Women’s Month, I ask for three wishes for women in the South African media industry. Every year we see campaigns that talk about the pressing issues that face women in the workplace. Are men listening? Is the industry – including brands, agencies and media owners – listening?

Gender pay gaps promote not only patriarchy in society, but also subdues the true wealth of the industry. Are we treating women in our industry fairly? I mean women of diverse backgrounds as well. Are we listening to the cries of womandla?

My first wish, is for the industry to treat women justly

In the era of social movements such as #MeToo and #Totalshutdown, it is long overdue that the industry as well as society as a whole treats women fairly. The Glass Ceilings 2018 report highlighted an increase in transformation, however noted cyber misogyny as a growing threat.

The survey was conducted countrywide, with the biggest number of respondents from South African media. 201 journalists/editors filled out the perception survey and 47 companies collaborated in the institutional survey. Over 10 000 staff took the survey.

Ten senior women journalists told their stories about experiences of sexism in the newsroom. I wonder how many can relate and how many media sales women experienced the same on the sales floor? According to the report, 91% of the media houses surveyed reported to have dealt with sexual harassment cases. You can read that story on The Media Online here.

My second wish for women in media, is equal career opportunities

According to StatsSA, there are 226% more men in management positions than women across all industries. The numbers are more discouraging when looking at women of diverse backgrounds, especially black women. You can literally count with your fingers the number of black women in media that are senior, in management or even in C-level positions. 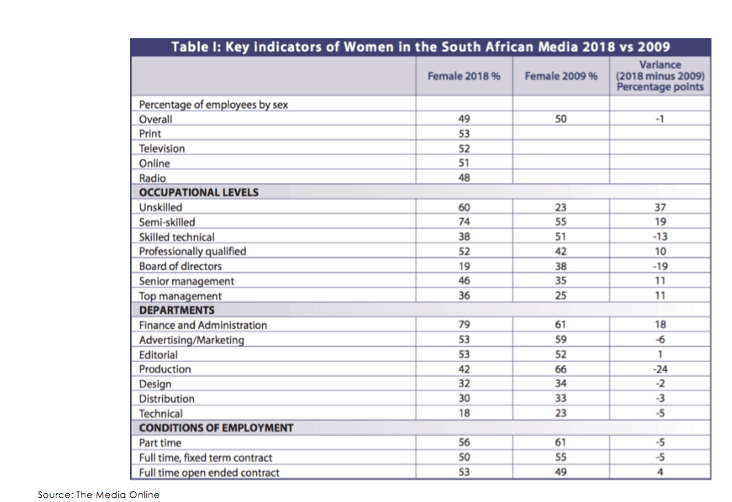 I hope the industry opens up the barriers of entry for women leadership. A progressive economy needs gender diversity in key decision-making positions. It actually starts at board level, then filters to the operations and lower levels. Again, the numbers are discouraging when looking at black women in leadership positions amongst media agencies and media owners particularly.

My third wish is for income equality

Income drives productivity; it is the primary incentive of increased production. If the media industry were to compensate women more equally in comparision to men there would be an increase in the level of quality that the industry as a whole produces. Money drives the motivation to produce better work. 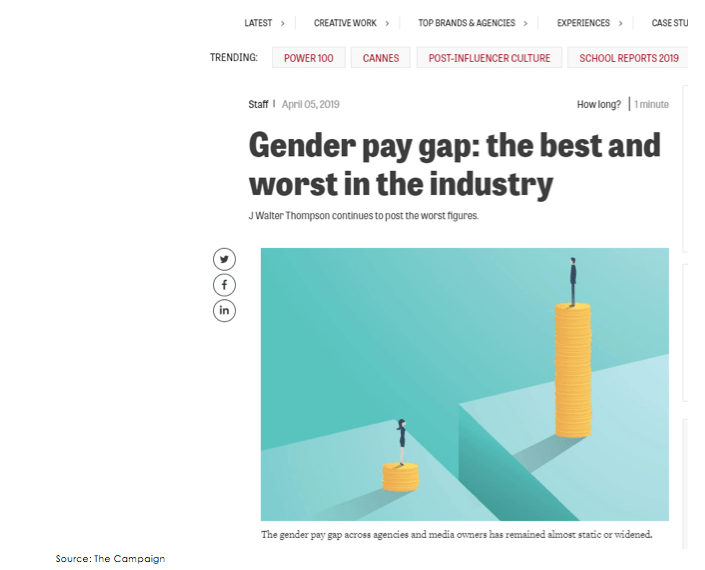 A 2015 study by the International Monetary Fund examined two phenomena that linked gender with inequality of income. The study highlighted that gender inequality is strongly associated with income inequality across time and countries of all income groups.

In developed economies such the United Kingdom (UK), the government requires all companies with more than 250 staff to report their figures on gender pay gaps annually. South Africa is still behind as an economy in comparison to developed markets such as the UK, which has a national median pay gap of 16% compared to 29% of South Africa.

Among global leading brands, McDonald’s, which is the fifth largest advertiser in the UK according to Nielsen Adspend 2017 data, once again reported a median gender pay gap of 0%.

According to the 2018 World Economic Forum (WEF) Global Gender Report, South Africa’s gender equality is decent when compared globally. South Africa ranked 19th out of 149 countries regarding gender equality, but ranked very low on the element of wage equality, equal pay for similar jobs with the country ranked 117th.

To sign off on a good note, a detailed look into the StatsSA Labour Force Survey. In the second quarter of 2019, of the total professional occupations 53% were held by women (441), slightly higher than men (398).

To all the women across the industry, happy Women’s Month. 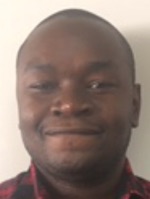 Nkateko Mongwe is a media analytics, market research and data insights specialist. He is one of a few industry hybrid media insights strategists with all round experience from leading media owners, leading media agency group and at client side leading national brand. He is a contributing member of the IAB research council and the Publisher Research Council research committee. He was one of the judges of the yearly AMASA 2018 Awards. He featured in The Media magazine’s MOST Awards edition. A passionate, opinionated writer and media analytics presenter/speaker. @datainsights88