Since 2013, after securing the account away from Starcom, Havas Media has handled the brand.

Other agencies involved with the business include Y&R London, which works on Emirates’ above-the-line business.

The review spans APAC, US and AMEA.

Marketing has more details on this matter, here.

The return of The Face 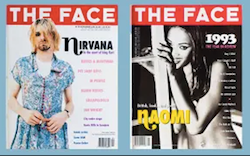 The Face has returned – in a digital format. The magazine that was the epitome of cool from 1980 until 2004, when it was the bible of style, fashion, culture and music.

Brand director Jason Gonsalves, at a gathering in Soho, said “Style isn’t just about what you wear, it’s about how you engage… It’s a manner of doing.”

Gonsalves promised the new incarnation of The Face would do its best “not be a commodity,” which is its appeal to advertiser who “want us to be selective.”

For the full story on WARC, and a case study on how it transformed to digital, click here. 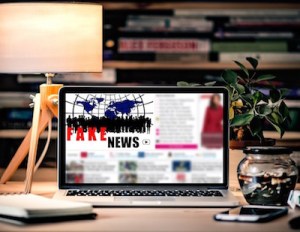 Mainstream media in Italy was duped by fake news this week, regarding the murder of an Italian policeman.

Information fed to the media through social media identified two suspects of North African persuasion, in vivid detail (including their hairstyles and clothes).

But, subsequently, it was found that the two didn’t even exist, with the arrest of two US students who have been charged with the crime.

This case again highlights the dangers faced by journalism in today’s world, where fact checking, deeper investigations, and verification of information are crucial elements, which all journalists need to practice.

Independent has the full story, here. 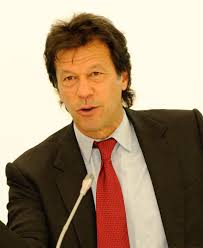 If you listen to Pakistani prime minister Imran Khan (left), and believe his comments, then you will hear that press freedom is thriving in his country.

But global media watchdog Reporters Without Borders (RSF) has rubbished the PM’s remarks, calling it an “obscenity” that Khan could have even uttered them.

RSF secretary-general, Christophe Deloire’s message to the PM, who was elected following his popularity as a very successful cricketer for the Asian nation, is, “It is clear that either you are very poorly informed, in which case you should urgently replace the people around you, or you are knowingly concealing the facts, which is very serious, given your responsibilities.”

For the full story, published by Republic, click here.

Nepalese minister for communications and information technology Gokul Prasad Baskota has revealed that Nepal will host the Global Media Summit in 2020, coinciding with the country’s tourism initiative, Visit Nepal Year, 2020.

He cited Thailand as an example of a success story around hosting the summit, with the country having seen a significant boost in tourism in 2008, after having been hit hard by flooding.

Britain’s new prime minister, Boris Johnson, has set aside one billion pounds for advertising around Brexit, a move called into question considering the country has a ‘national poverty crisis’, according to a report in The Guardian.

Frances Ryan, writing in The Guardian, reported that four million people are trapped in a cycle of poverty, with income 50% below the breadline. Yet Johnson has “found cash for a no-deal Brexit information blitz”, which The Telegraphs described as “the biggest ad campaign since the second world war”.

Checkout out the whole story on The Guardian website.

Ogilvy in the US slammed for US govt work

The Financial Times has reported that WPP agency, Ogilvy, is making ads for the US Custom and Borders agency which has detained children at the US/Mexico border – despite its presenting itself on Twitter as a force for progressive change.

Michelle Greenwald, an advertising professor at NYU and former vice-president at Disney told the FT. “Every brand now feels that they have to have a purpose, which was never the case before. These issues have never surfaced to this degree before.”