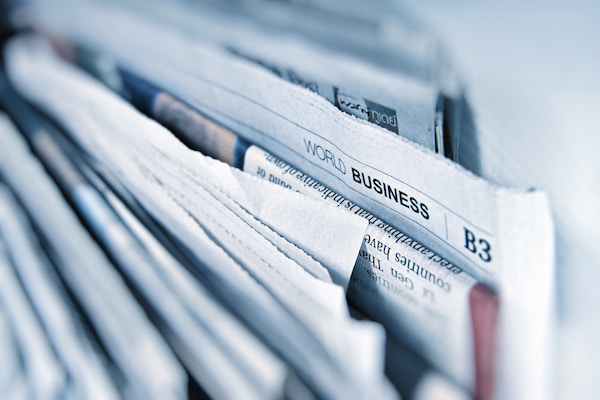 “One of the biggest challenges we have to our democracy is the degree to which we don’t share a common baseline of facts,” former US president Barack Obama said during an appearance on the David Letterman show.

He said Americans were living in a political bubble by personalising their respective media streams – and people who watched Fox News, for example, were “living on a different planet” from individuals who listen to National Public Radio.

“At a certain point, you just live in a bubble. And that’s part of why our politics is so polarised right now. I think it is a solvable problem, but it’s one we have to spend a lot of time thinking about,” said Obama.

The point he makes is that where and how people source their news reinforces their biases because of the ideological slants of media organisations. This then tends to develop a life of its own on social media platforms.

This is something we in South Africa perhaps do not apply our minds to sufficiently. What are the baseline facts and what is open to distortion and disinformation to serve certain agendas?

Our society is increasingly polarised, including on issues that ought to unite us. The fight against racism and corruption, for example, should not lead our nation to turn on itself, but rather be a cause that unite us.

Transforming and growing our economy should also not be sources of division, although the processes and strategies to achieve these should be debated – provided that we have the same national interest to deal with our country’s developmental challenges.

Far too often, politics gets in the way, muddling the lines between national and political interests.

Our free, independent media is a cornerstone of democracy and is something we must defend and protect. The media industry is no ordinary business. It is a political organism. It is a mediator of power between the powerful and powerless.

It is a business whose nature and character have residual effects on the lives of ordinary people, on power and our democracy at large.

It is also in a state of flux and under massive pressures. As new media owners, we have come into this industry with our eyes wide open and amid the gloom and negativity, we nevertheless foresee a bright future for the media industry, not just in South Africa, but beyond our borders too.

What excites us about our acquisition of the Tiso Blackstar Group’s media assets is that they are all fantastic legacy brands that over the years have played a crucial role in South African society and in chronicling this country’s history for well over a century now.

We are mindful that there is enormous responsibilitythat comes with making money from the media business. It is a responsibility that requires some level of moral and ethical consciousness. It’s a virtuous burden. To fulfil this duty and responsibility, there has to be a model that is both commercially sustainable and responds to the country’s pluralistic complexity and diversity.

Our intention is to ensure that quality journalism survives and thrives.

We have seen the enormous contribution the media industry has made in exposing State Capture and the destruction of state institutions. Media organisations such as Daily Maverick and AmaBhungane have raised the bar of investigative journalism and have rightly won international acclaim for their reportage on the infestation of corruption in our society.

Journalists continue to ‘join the dots’ to enlighten our society about State Capture, rent-seeking and patronage networks, and are under increasing attack as a result. This is not something we as a nation ought to tolerate. We have seen in other parts of the world how attacking the free media goes hand-in-hand with closing the democratic space.

But we must also ask necessary questions about the state of our media, including the extent to which media bias and agendas, in certain instances, polarise our society further and work to counter the democratic project.

The State Capture project showed us how media organisations are used to influence and poison the national conversation and to target people who oppose certain political agendas. This remains a danger we should continuously be mindful of.

We should also be deeply concerned about the crisis of credibility and legitimacy of the media. The absence of credibility creates a lacuna that could only be filled by peddlers of propaganda, populist rhetoric, toxic politics, racists, hate speech and fake news. Once the public start falling for such propaganda, fake news and political toxicity, it is a clear signal of a breakdown of public trust in the media.

Luckily, we have a media industry that is self-critical and aware of the constant dangers to its credibility and sustainability.

The latest State of the Newsroom report, for example, flags issues such as neglecting to give subjects of critical reportage a right of reply, which more often than not leads to inaccurate and unfair reporting. Another nasty gremlin, says the report, is the presentation of an allegation as a fact.

“This tended to influence more than just the individuals concerned, as the reporting adversely affected society. The unnecessary harm such reporting caused the public was as bad as it comes,” executive director of the Press Council Latiefa Mobara and former press ombudsman Johan Retief wrote.

I myself have experienced this many times, including as recently as last week.

The Organised Crime and Corruption Reporting Project, a global network of investigative journalists, published an article alleging that Regiments Capital, a company linked to the Gupta network, “conspired” with me “to make lucrative deals under the auspices of the country’s post-apartheid Black Economic Empowerment (BEE) programme”.

Facts got in the way of a good story

The story alleged that Regiments co-founder Eric Woods “forged a partnership” with me while I was an official at the Public Investment Corporation to form “a consortium of influential political and business insiders who manipulated the initiative to buy shares in one of the country’s largest banks at a secret cut-rate price”.

This is not true.

The deal referred to was also not “hidden” or “secret” but was published on the JSE SENS and widely reported upon.

Our detailed responses showing these allegations to be false and disingenuous were simply disregarded in the article and thus we were deprived of the right to reply. We pointed out, for example, that my prior employment at the PIC provided no advantage to the transaction.

We presented a fully funded, unsolicited offer to acquire the shares. In addition, by the time we had presented our offer, I had been privately employed for more than eight years. This break from public service is more than double the recommended cooling-off period recommended by most corporate governance doctrines, including King lV.

It would seem, however, that the facts got in the way of a good story.

My concerns about this article go beyond the prejudice to me through reckless, offensive and highly defamatory claims.

The transformation of the economy remains a necessary priority and BEE therefore remains a vital instrument to achieve this goal.

We need to free ourselves of perceptions that all deals involving black businesspeople are inherently corrupt. The effect of this would be the unfair criminalisation and prejudice of black business.

We have to confront endemic levels of corruption in government and business but we must resist falling into the trap of typecasting everyone as innately corrupt based on conjecture and wild allegations.

We all have a duty and responsibility to shepherd our country away from an era of corruption and selfish wealth accumulation towards a society where government, business, civil society and the media reflect the values of our constitution.

On this journey of rebuilding our nation, we need to constantly remind ourselves of these values. We must ensure that ethical practices and social consciousness are reflected in the work we do and the lives we lead.

That will set us apart from those who seek to destroy our country and deviate us from the virtuous and prosperous future we were destined for.

We now have a responsibility to recommit to this future and invest in its inclusive success.

This story was first published by Daily Maverick and is republished here with permission.

Tshepo Mahloele is chairman of Lebashe Investment Group and CEO of Harith General Partners. He holds a BProc obtained from Rhodes University and has also completed a Harvard AMP programme. Mahloele previously headed the Corporate Finance and Isibaya Fund Division of the Public Investment Corporation (PIC), the largest investment manager in South Africa with over $90 billion under management.