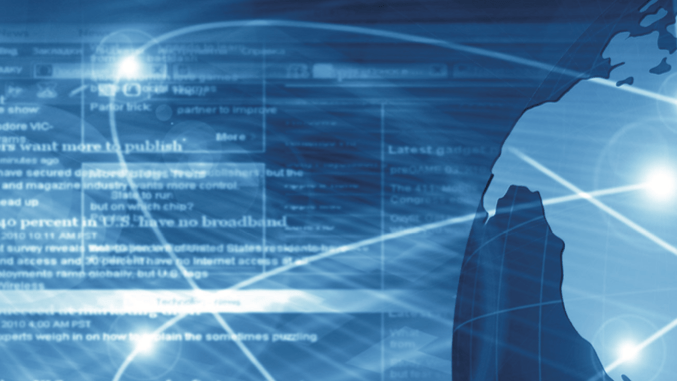 The good story is that globally, the appetite quality, trusted news is undiminished. The bad story is that revenues from print and digital sales and advertising decreased 3% year on year. But they are “forecast to rise slightly in 2019”.

The World Association of Newspapers and News Publishers, WAN-IFRA, issued its 30th World Press Trends report this week. Edited by the University of Lancashire’s Dr Francois Nel and Dr Coral Milburn-Curtis, it highlighted that the “decade since the Global Recession has been tough for everyone involved in the business of publishing independent, fact-based news – professionally and personally”.

But there was good news in that the “30th edition of the World Press Trends that shows our $123 billion-industry served a growing number of least 640 million paying news users – and many, many millions more through free products. Those audience numbers are expected to grow in the years ahead as forward-thinking publishers continue to innovate, deliver value to communities – and thrive”.

Analysis of data gathered from across the globe via member organisations, as well as the World Bank, United Nations, OECD5 and others, showed the global news publishing industry was resilient. “Although it has not managed to keep pace with the wider economy in the decade since the global economic crisis, there are indications that the efforts of innovating publishers are paying dividends”, the editors said.

While the world economy (not South Africa!) grew by 3%, and was forecast to do so until 2021, “overall newspaper revenues have slowly but steadily declined by an average of 3% year on year, as growth in digital revenues have not yet been able to fully compensate for print losses”.

Still, said Nel and Milburn-Curtis, there was cause for optimism in that revenue declines had slowed and there was even a marginal growth forecast for this year predominantly driven by digital subscriptions and to some degree digital advertising”.

First, there’s a paradox at play emerging from this year’s research and data. Quality news has never been in more demand, but at the same time, revenues are down and newsroom resources continue to shrink. This is the news media’s conundrum.

Second, paying news audiences, print and digital, rose to 640 million per day, heralding the rise of the subscription economy. This, said the editors, was “fuelled primarily by the continued strategy and growth in getting readers to convert to digital subscribers (up 11% YoY)”. In a five-year period, digital news subscriber numbers worldwide have increased by 208% and are expected to grow by a further 13% in 2019.

Third, the editors estimated that print revenues still account for news publishers’ revenue, meaning print is still paying the bills. Of course, this varies from country to country, but the writers pointed out that in 2018 print circulation declined only 1% globally. Bad news is that globally, print advertising has continued to decline (-7% YoY). [In the Regional Advertising Trends section of the report, the editors said the “strongest overall growth (up 52% since 2013) had been in Nigeria, South Africa, Israel and 42 smaller countries that comprise Zenith’s Rest of the World category, which is forecast to expand a further 11% this year”.]

Fourth, traffic from Google and accounted for two out of every three page views [according to analysis of data from Chartbeat]. It delivers 25% more than Twitter and two and a half times more than Facebook, leading to that other conundrum – tech giants.

Fifth, the statistical evidence is clear. There is a distinct correlation between countries with a free and independent press and the strength of democracies, the health of societies, as well as both the wealth of nations and the fortunes of its people. The power of an independent press and press freedom, “the higher the social well-being indicators like gender equality, education levels, and overall human development”. [Of concern, though, is the issue of “safety of journalists – both online and in person – as threats from a variety of malevolent forces mount”.

WAN-IFRA’s World Press Trends Report is free to members, but can be bought for 250 Euros. for more information, click here.