#MediaEntrepreneur: A global operation run out of Durban and London 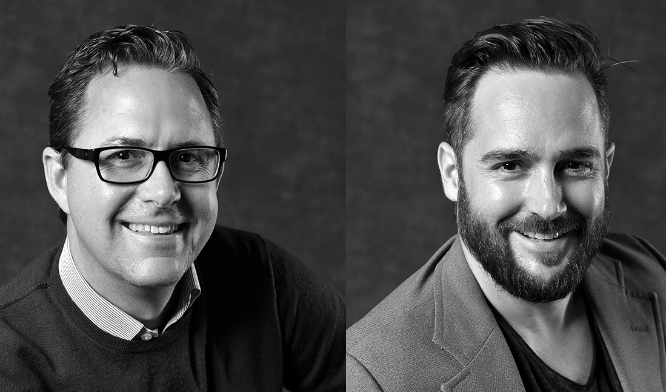 Conversation LAB is just seven years old, but already firmly established in the ad agency world. It is based in Durban but has a global presence with a creative team working out of London and South Africa, the agency has grown from four people to 70 in under five years. Here, managing director, Kevin Power, tells their story.

Q: Why did you decide to branch out with your own business/venture, rather than work for other companies or corporates?

I returned home to South Africa after 15 years working in UK with the likes of BBDO and Publicis London and took on a leadership role at one of the large network agencies in South Africa. Let’s say a different world view to that of my employer forced my hand into taking a leap of faith and putting my money where my mouth was!

Q: Give us a brief history of your media venture? What gave you the idea? How did it begin, and how has your business journey unfolded?

I was having a bit of a moan to one of my then colleagues (Jon Oliff) who I had recently hired and he simply said ‘Why don’t we start our own agency?’ I had always wanted to do something on my own but never got round to it or felt I had the means. I jumped at Jon’s suggestion and we ran the idea past Tamerin Borland (our strategist colleague) and before we could finish our pitch to her she said ‘Where do I sign?’. It was all very exciting as here we were in the space of a day or two agreeing to all resign and start our own agency. I then tapped up my ex-colleague from London (Christian Anstice) to be our freelance ECD and we were all set. So we were a start-up agency (in DBN) outsourcing our creative product to London.

We set up a collective model which meant we went to market with ‘scale’ and gravitas and to some degree, a rather unique approach. Our collective included an architect, a children’s book illustrator, an ex-press photographer as well as Cannes-winning creative duo (Luke Sherwin-White and Danny Potter) based in London and a designer based in New York! It all looked very good on paper (web pages) and we had to make sure we made it work in reality.

We just turned seven years old in August 2019 and grew from four to 70 in under five years. We have offices in Durban, Johannesburg and London (where I am now based) and work with some amazing local and global brands.

Q: What challenges did you face as a media entrepreneur and how did you overcome them?

We have been very fortunate in our journey with the biggest challenge being trying to manage growth in an environment where the war for talent is intense. Couple that with being based primarily in Durban with a smaller creative and tech hub than Johannesburg and Cape Town and it is the perfect storm. However in saying that we have continued to attract some great talent and have been very effective in nurturing young talent through the ranks.

Q: Has there been a moment of success that has really stood out for you and that is your favourite on your journey? To what do you attribute your success?

I think the partnership and business we built with Dale Tomlinson and his Hardy Boys agency (now part of Wunderman Thompson) was a huge milestone for us and gave us the belief that we could make a real success of Conversation LAB. Getting the nod over other big, established digital agencies in SA to be their formal partner (and indeed set up a separate company) was a real fillip for us. It made us work even harder and ensure we did not let down ourselves but more importantly Dale and the team that were now putting their name behind us too. So this deal was key to our initial success and getting us working on big brands that we would have found more difficult to sit around the table with in the early days. It took us up a few levels and gave us the keys to a much more sizeable client base. Of course it was still down to us to deliver, which I think we did.

Our success has been built on trust and transparency – internally and with clients and other partners. We are hugely competitive on price, unashamedly so and put the interests of our clients first. We believe there is enough to go around so collaboration is something that has come easy to us. We don’t ‘bite the hand’ that feeds us and expect the same from our partners and suppliers. We are no pushovers though and will make big calls when we feel things are not right for us and our people.

Having four founders was certainly a good move for us – four people, with four different skill sets, giving 150%, is better than one and allowed us to maximise our initial impact.

Q: What characteristics do you think make a successful media entrepreneur?

Decisiveness and acting with speed! Always looking over your shoulder and never resting on your laurels – as quick as it comes it goes away too. It’s a hugely volatile industry where loyalty is often in short supply. As the journos say, ‘you are only as good as your last story’.

Q: Your advice to young media entrepreneurs or those looking to start new media businesses?

Don’t get caught up in the hype and the BS (of which there is a lot), do the basics right, keep your head down and deliver what you say you will deliver. Surprisingly clients are actually not that demanding and to win and build credibility it is more about managing expectations than trying to set the world alight! Importantly though, set your own benchmarks and aim to beat those. Pick your battles, find your niche – there is a lot of good business out there that goes unnoticed – and close it.

Q: What next from you and your media company/venture? What can people expect? Exciting upcoming projects?

As a Group we are now three agencies and three wholly separate operating companies  – Conversation LAB (full service agency), Power LAB (reputation management, public affairs and customer experience) and BE (black-owned and run creative agency). It has been a busy time developing these three entities and helping grow them from the bottom up. That phase is now done. Each company is now led by their own dedicated MD, have their own set of clients, as well as shared clients and is poised for great growth into 2020 and beyond.

We are working on some exciting collaborations across the three individual businesses where we will partner with senior individual players or other agencies to bring even more dynamic and forward thinking solutions to our clients. I spoke about collaboration and how it had aided our growth and we still firmly believe in it today.

Personally, I have been splitting my time between London and South Africa for the past three years but will now spend less time in SA as my main focus becomes the UK market. There is massive opportunity here for brands looking to manage costs and still deliver quality work, managed by quality talent. London agencies are finding it difficult to scale in London and collaborating with an agency group like Conversation LAB with me on the ground in the UK is an interesting prospect for them.

Q: What, in your view, needs to happen to encourage more media entrepreneurs, and not just that, help them stay the course?

There is enough work to go around, enough clients of all shapes and sizes – don’t think you need to compete with the global well established networks to succeed. Start small and build and build. Set realistic targets that allow you to put food on the table and just try and improve year on year. Understand that it takes time and effort and if anything you will never have worked harder – but likewise you will never have got so much joy out of work.How do you ‘pay it forward’?

The development and launch of BE – our black-run and owned agency – was our way of paying it forward. We took a handful of black Conversation LAB staff and made them shareholders in BE. We invested in them to start their own agency, giving them the financial support, mentoring and guidance to be a huge success.

Q: What quote or passage do you think encapsulates you and your approach to business and success?

‘Burn the boats’ – In 1519, Hernán Cortés led a large expedition consisting of 600 Spaniards, 16 or so horses, and 11 boats to Mexico. Their goal was to conquer an empire that had amassed a massive fortune of gold, silver, and precious gems – a feat no one had managed before. However, with just 600 men, most of whom were vastly under supplied; the prospect of conquering the vast Aztec empire seemed like an impossible task. However, Cortes was undeterred. Rather than charge forward upon landing in Mexico, Cortes gathered his men on the beach and promptly gave the order to burn the boats they had just arrived on, effectively destroying their only escape route. The only choice left was to push forward and succeed.