Radio promotions: A 360 approach with FM and digital 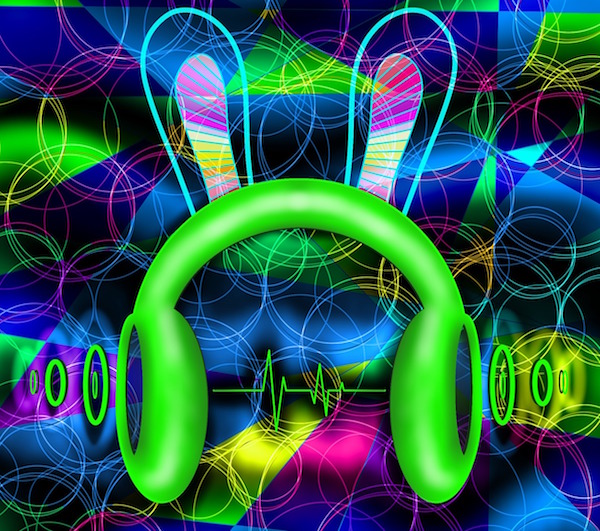 I remember very vividly back in the 1990s sitting in my bedroom, next to my double cassette deck and radio combo with detachable speakers, (yes back then I could record straight onto cassette from the radio my Pirate Bay friends) and listening to a competition on Radio 5 that had a one second clip of 10 songs spliced into 10 seconds. I knew all 10 clips!

I remember stealing a call on my parents’ ‘landline’ to phone into the station to play and not being able to get through, because the lines were jammed. A few years later, I was working as the desk controller at Highveld, and having to control all the buttons for a ‘beat the bomb’ type promotion for Carnival City, and seeing, in the backend, how the competition worked and how it excited the audience. [By the way, we will still only used phone calls as the entry mechanic, and all six of our lines were jammed.]

I laugh now, because I can’t imagine telling a client today that their campaign was a success because all the telephone lines to the station were blocked by callers. Yet that was a measurement of success.

Things have changed, as SMSs became a standard to entry and now WhatsApp voice notes. There was SMS. TOTAL SMSs, and then there was the UNIQUE Count when we found out only 100 people sent all those SMSs. And now very excitingly, we are teetering on discovering true engagement in radio.

At 2018’s Wits Radio Days conference, I highlighted that radio really only has nine promotions that we re-spin in so many ways. We still run the 10-second challenge on East Coast Radio as a morning feature and Beat the Bomb has had its iterations on Jacaranda FM too. But we are now ever closer to actually determining your numbers in terms of engagement, and your numbers with regards to entries.

If you get the right offer, combined with the right mechanic, at the right time, you will deliver on a campaign for yourself and your client.

But now it’s about combining all the tools we have available as promotions people, as marketers, as radio people to make the biggest impact we can, and actually track that true engagement. In 2019, both East Coast Radio and Jacaranda FM managed to plough in datasets from various sources of our audiences and also ask them their opinion of various sectors. This deeper understanding of our audiences is valuable to ourselves as a station and for clients. Those nuances in regional audiences and also to dispel generalisations.

These audience surveys have been extremely useful in providing insight into our listeners, their lives and buying habits. And we need to be more transparent for our clients’ sake. And that’s where digital needs to be embraced even more. Radio has huge data at its disposal; we are just at the brink of being able to bring it all together to provide sophisticated information around our audiences.

The reality is a lot of brands are still using radio. Very effectively too. They’re also using promotions or competitions to really punch through in a cluttered media landscape to highlight and promote the brand and its benefits.

In terms of harnessing digital. It takes us that much closer to understanding our audiences at a much more granular level. Most media buyers are now used to social media dashboards, and the engagement figures they are able to pull. So while we get those from Facebook, Twitter or Instagram, radio can harness digital in its own way – the true engagement audience…and no bots, just real audience figures.

So, as an example, our stations created a world first with a groundbreaking campaign: we became the first radio stations to tie in an augmented reality game coupled with a competition.

The client’s agency had an ambitious wish to get listeners to collect real life blocks at activation points; this was quickly turned around to present a solution that would include high level digital development to create an augmented reality app. (Think Pokémon go and you collecting digital lego blocks.)

The practicality of asking listeners to go out and physically pick up foam or plastic blocks was never going to be a viable option.

The promotion integrated augmented reality via this app, useable through the mobisite and our station app, and was promoted on-air. Participants went to the daily activation point and scanned the daily trigger image in order to add that day’s piece to their collection, and thereby building a virtual house, piece by piece.

A tremendous amount of work and planning went into the groundwork for this worldwide radio first.

The finale culminated in an event where three teams had to build a physical house determining the winner.  It is also good to note that this campaign broke new ground in terms of client footfall versus a traditional radio campaign.

There were many elements to this campaign. Your traditional FM promoting the comp. But also on the ground activations…and a huge digital component, and then ending in an event that really randomised three finalists to win R100 000!

And this model is repeatable across a number of categories and industries.

Radio benefits from the clients brand association as much as the client benefits from the efficacy of radio as a call to action medium. But what made it measurable was the  fact that we could track each of the participants throughout and engage with them. These are proper statistics, how they engaged, how often and where.

Also, something I am particularly proud of, is creating dashboards for competitions like The Bandit. We ran the Bandit for a second year with Time Square in Pretoria.

It’s a rebranded version of the fugitive. It’s an all in one immersive experience for participants to take part in a competition. There are clues, social media feeds and even a location based pin drop game that allowed office ‘chained workers’ to play, if they thought they knew where the Bandit was while listening to the on-airs clue. So that dashboard is everything you need. The Time Square Bandit was a huge success on Jacaranda FM. Listeners had to find the Bandit for a chance to win cash, or they could play the online game for another chance to win.

This promotion proved that a media mix attitude combined with our radio offering can help clients reap huge rewards. This promotion won gold for the ‘Best Experiential Campaign’ and ‘Best Contribution By A Media Owner’ at the AMASA Awards last year and so we had to build on that success.

Bringing in digital games as an entry mechanic for most competitions has been a big focus. Yes, I’m an old purist and love SMS. But people delight in sending WhatsApp voice notes for competitions and social media is also another entry point. What we are striving to achieve is a way to have simple ‘ask a question online type competitions’ be more engaging for the brands.

Kagiso Media and its two stations, East Coast Radio and Jacaranda FM, are making huge strides in the areas of understanding our audience, more specifically, those who take part in radio promotions. We go a step further by analysing this data to prove that the investment made in a campaign not only achieves results on the clients’ bottom line, but also provides the brand with more insight into their consumer and their behaviours.

It’s astounding to see, that in a few short years, promotions on radio are not just measured in terms of overall entries, but the quality of that entry and the caliber of the engagement.

Promotions are meant to make a splash in the market place and create an explosion in people’s heads to make them sit up and look at you as a brand again and say “Wow – look what they’re doing”. Combine a promotional mix of an event, competition, generic, social media, promoters, knock and drop, and then gain audience insights. If you harness all aspects of what was digital and now traditional or visa versa – the lines are blurred. So, use all of it, at your discretion – because it’s at your disposal to do so.