COVID-19 and the Rise of the Planet of the Geeks 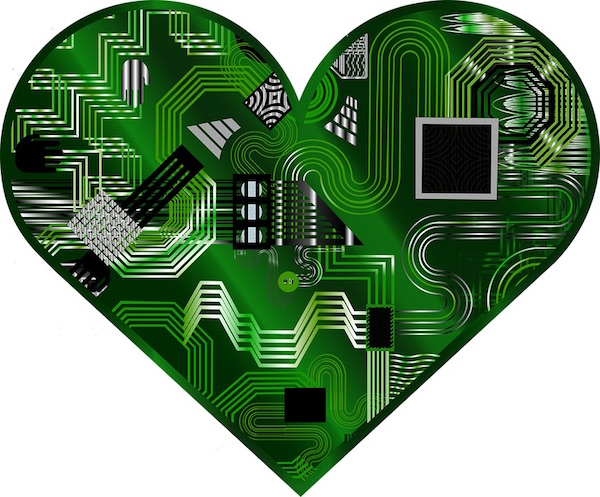 Growing up in a small town in South Africa during the ’90s, you would think most of my time was spent outdoors, kicking a ball or casually irking the neighbours via some form of innocent child-approved mischief.

The truth of my developing years couldn’t however have been further from that. Before the idea of spending time outdoors with friends could even become a consideration, my dad bought the household its very first box computer – An Intel 80386 (known colloquially simply as the ‘386’), complete with a few complementary floppy disks that could hold up to 800KB of storage data each.

It’s safe to say that I was instantly fascinated by this machine and spent hours upon hours putting it through its spaces to see where its limits were and how far I could push them (sometimes with slightly disastrous consequences). It didn’t take long for me to start nagging my dad for the next upgrade to my (I mean, ‘our’) home PC set-up. Before long, I had a PC that was the envy of the neighbourhood and would regularly have friends over to play games like Alley Cat, or simply marvel at the majesty of what the machine could do.

Although constant hardware upgrades and new games were great, there was no noteworthier addition to the family’s technology stack than when we received our very first dial-up modem (the 28.8k variant). Suddenly, the possibilities of what I could do with my box PC sky-rocketed to exciting new heights and it wasn’t long before I was exploring the world wide web via Netscape Navigator and chatting to people across the globe in Microsoft Comic Chat.

Whereas my love for technology might have been isolating me from those in my immediate physical circle, I was now part of a dynamic and ever-increasing global community of internet users. I couldn’t help but feel like there was something extremely significant to this digital, interconnected world and before long, I was completely mesmerised and enthralled by it.

With every advancement, technology has made the use of digital media slicker, faster and more engaging and there is truly no better time to fully immerse oneself in the possibilities that digital technology brings.

But for all the advancements that technology has brought, there is still a widespread sense of apprehension towards truly embracing all the possibilities that technology brings. Yes, in some respects, the masses have definitely embraced digital technology (case in point, the rise of social media), but when it comes to more immersive and advanced digital technologies, there is still a noticeable lack of mass consumer adoption.

This phenomenon might come down to the fact that the use of more advanced technologies immediately puts you into the less desirable social standing category of ‘geek’ or ‘nerd’. Because of the way certain types of technology users (like gamers, for example) have been portrayed historically via modern entertainment media, there exists a clear line between those that only use technology for certain ‘cool’ (or is the right term ‘woke’?) use cases and those that partake in the ‘nerdy’ or ‘geeky’ side of technology.

But for the first time since the aggressive growth of digital technology, there is a chance that this might change and it’s all due to COVID-19 and the dramatic lifestyle changes it is causing across the globe. As you surely have realised by now, the lockdown measures enforced by local governments across the globe in order to halt the spread of the virus has dramatically increased the diversity and frequency of people’s use of digital technology – in other words, more people have been ‘geeking’ out with technology than ever before.

A few weeks ago, the thought of having a virtual meeting on a platform like Microsoft Teams felt far-fetched. Fast forward to today, however and you’ll find most of the world’s corporate population using some form of audio-visual conferencing solution to collaborate with their colleagues. Virtually overnight, live video conferencing has become a mainstream form of communication and I’m still reeling with excitement if I think about the possibilities this holds for both small and bigger businesses.

While virtual conferencing is a great ‘gateway drug’ to start your journey towards digital geekdom, my hope is that this will also make the general population more open to trying out some of the more traditionally geeky aspects of digital tech. It’s my pleasure to share my top suggestions with you now.

With lockdown limiting the whole world’s access to travel and face-to-face interaction with others, there has truly never been a better time to expose yourself to the life-changing immersion that can only come from a virtual reality experience. Although the best way to experience VR is with a dedicated VR device (like Facebook’s Oculus Quest), there are a lot more cost-effective and accessible options to try out. For your first taste of VR, all you really need is an internet connection, a smartphone, some carton and a bit of plastic. This handy video explains the rest:

And no, I’m not talking about Candy Crush, or another similar mobile gaming experience. I’m talking about highly interactive and story-driven computer games that provide you with an enthralling experience that can confidently match up to the most interesting books or movies you have ever consumed. The easiest way to get started is to join one of the world’s biggest online gaming communities, known as Steam. More info here.

If gaming and VR is not your thing (even though I still recommend you at least try it), then why not take a stab at creating your very own vlog (video blog) on YouTube. Think of vlogging as a modern form of a diary. Just make sure you have a clear idea of what your channel is going to be about and who your audience is. Who knows, you might just become YouTube-famous. There are numerous guides available on how to get started, but here’s one that is a good place to start:

It’s my hope that during your country’s lockdown period, you try out at least one of the above suggestions (if not all of them). An although lockdown might not last forever across the globe, there is a big chance that one of social distancing’s long-term societal impacts will be that people across the world will become much more critical and hesitant to engage in face-to-face engagements, unless truly necessary.

Luckily, digital technology is ready to fill the gap and provide you with infection-free ways to connect with others and consume truly immersive and engaging content, that in some respects, surpass those that the real world can offer. Not only will you be able to relate to technology in new and exciting ways, but you’ll also be able to start placing yourself in the now highly prestigious social standing class of ‘geek’.