LATEST NEWS
Home Agencies Communications ‘When Crisis Strikes’, an extract from the Postscript: A word on COVID-19

‘When Crisis Strikes’, an extract from the Postscript: A word on COVID-19 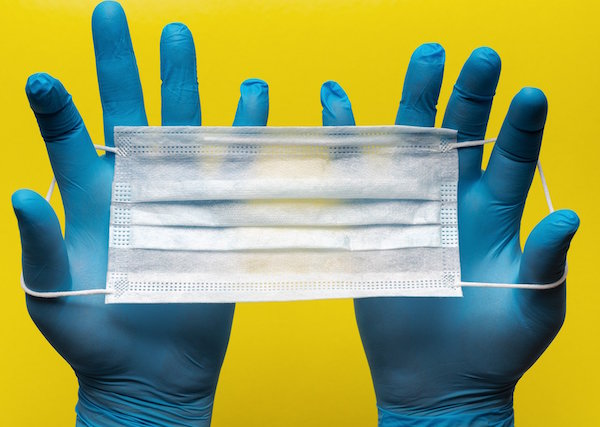 As we were writing When Crisis Strikes, the world started to turn upside down and inside out as a result of the outbreak of the coronavirus, COVID-19. It arrived, an unwanted visitor, in South Africa.

A public health crisis is beyond the scope of a book on organisational crises as it involves specialised strategies for supply-chain management, medical staffing, and resources and disaster management.

However, the rules we have supplied contain principles that guide communication in deeply troubling times.

In Rule 1: Stop the Harm, we explain that concealing any information in the public interest can be one of the biggest harms. People have a psychological need to assess danger, and they should be told how to physically protect themselves. We can only behave rationally in response to a threat if we know where the threat comes from, how far-ranging it is and how relevant it is to our lives.

The Department of Health and the Presidency started out well by being upfront and honest about the rate of infections and the consequences, providing relevant information to help people to protect themselves. Updating and releasing the number of cases frequently was crucial to ensure that the government and the National Institute of Communicable Diseases (NICD) were the accepted authorities on the statistics. If there had been any suggestion that the numbers were being manipulated or the spread of the disease was being downplayed, that would have undermined trust. The media would have turned to other sources to provide information about transmission rates, and speculation could have run rampant on social media.

A misstep, we believe, was the decision by government to centralise communications, with an instruction that all requests for comment about the state of the pandemic and its spread be directed to the NICD. This led to a report in the middle of March that government had ‘effectively gagged epidemiologists, virologists, infectious disease specialists and other experts’.

While some of the reasoning made sense, that specialists needed to be able to do their work, for example, we struggled to see the need for a blanket instruction to experts who could augment the public’s knowledge and complement government communications. If there had been a real sense that information was being hidden, the government could have lost its position as a reliable voice.

However, there was still enough credible information being released by the minister of health, Zweli Mkhize, and the president, Cyril Ramaphosa, to allay fears. It’s crucial for government to continue to release uncensored information timeously to ensure it is believed.

Disclosing the full rationale behind the lockdown decision

In ‘Rule 2: Respond Quickly and Conspicuously’, we speak about the importance of talking, even in times of uncertainty, across various media platforms. Mkhize was providing daily updates in the early days of the spread, which was the correct approach and should be continued. Any dearth of information could have led to a vacuum whereby the media and the public, hungry for updates, would have turned to other sources. With ‘fake news’ about the virus abounding, it’s crucial that official sources continue to frame what the virus means for society and separate fiction from fact.

When a lockdown affecting the whole of South Africa was announced on 24 March 2020, Ramaphosa did well to disclose the full rationale for the decision and why he had chosen an extreme option, in line with ‘Rule 7: Make Decisions You Can Defend’. In line with ‘Rule 8: Respect the Power of Relationships’, he also consulted widely and met with members of opposition political parties in the run-up to the decision. The upshot was an unusual consensus around the move and a marked lack of criticism and opposition from influential politicians.

While COVID-19 is a public health crisis with global ramifications, it has also necessitated a response from a range of organisations across society. In a corporate setting, the epidemic has provided one of the authors of this book, Dean of the Gordon Institute of Business Science (GIBS), Nicola Kleyn, with an unexpected chance to stress-test the ten rules in an unprecedented, real-world situation.

When professors have to take their own medicine

On Friday 20 March, crisis struck when a faculty member revealed she had tested positive for COVID-19. In line with ‘Rule 1: Stop the Harm’, it was imperative to inform anyone who may be under threat. One of the difficult choices the school faced was whether or not to disclose the affected faculty member’s name. GIBS anticipated that members of the media would be interested in engaging with her and she preferred not to be contacted.

There was no perfect decision but respecting her privacy was in line with ‘Rule 7: Make Decisions You Can Defend.’ The two student classes that had been taught by the faculty member were told via digital channels that they could engage with the executive director of academic programmes or via an email address that was manned by the dean over the weekend.

People who had started to self-quarantine were asked if they could be named to aid those who were wondering if they may have come into contact with a carrier of the disease. The names were given to other staff members to help guide their decision-making, and, where allowed, these were included in letters to students.

GIBS was also instructed by ‘Rule 2: Respond Quickly and Conspicuously’. Within three hours of learning about the test results of the staff member, the school had told other staff, sent a media release and announced the news publicly. This helped to discourage any inaccurate rumour-mongering or speculation about what was happening on campus.

By that evening, Kleyn had the first of many media interviews to explain what had happened and what GIBS was doing to inform all those who might have been in direct contact with the faculty member. The media platforms provided were crucial to ensure a timely and conspicuous response, and to reach out to all GIBS stakeholders, interested parties and the broader community. ‘Rule 9: Be Accessible to the Media’ was facilitated by the relationships Kleyn had with some journalists. These engagements with journalists provided a valuable opportunity for GIBS to explain the situation, the importance of ‘flattening the curve’ and what the school was doing to respond.

Some of the rules, such as ‘Rule 3: Match the Crisis Response to the ‘Crime’’ and ‘Rule 4: Apologise If You’ve Messed up’, do not seem to apply to a virus that has infected hundreds of thousands and affected billions of lives around the world.

However, new fault lines are being drawn. National leaders who went into denial or blame mode, rather than putting into practice ‘Rule 1: Stop the Harm’ as soon as the virus approached, owe their own countries and the world an apology and more. Corporate leaders, who did nothing to prepare for a known threat, owe the same.

Nicola Kleyn is the dean of the Gordon Institute of Business Science (GIBS). In addition to her responsibilities at GIBS, she also consults to a number of organisations seeking to grow customer, brand and reputational equity.

Francis Herd is an experienced broadcast journalist, currently an anchor on SABC’s prime-time general and business news. She holds an honours degree in Politics from Wits and an MBA from GIBS business school.