Power and loss: SA media in a Covid-19 era 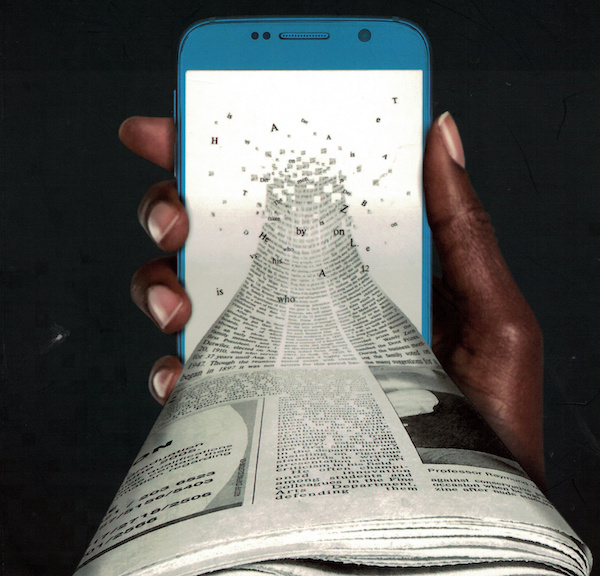 Lurking in every chapter of this book is how the power of social media, and the issues that arise from it – misinformation, malinformation, disinformation and propaganda – have overtaken journalism. Audiences consume media in new ways. Media companies and their management executives seem to be unimaginative in dealing with such crises – apart from laying off staff and making senior and skilled journalists redundant in order to cut their bills. They chase innovation but seem to show few results; they chase clicks, metrics and search engine optimisation and efficient algorithms that can replace human journalists. All the while, something valuable is getting lost – fact-based, ethical journalism that is in the public interest. ~ Dr Glenda Daniels: Power and Loss in South African Journalism – News in the Age of Social Media, Wits University Press 2020

In her 2012 book, Fight for Democracy – The ANC and the Media in South Africa, Daniels showed how the African National Congress – like the National Party before it – does not support an unfettered and critical news sector.

In her latest book Daniels, an associate professor in Media Studies at Wits University, analyses the adverse impact of social media on the news coverage which plays such a vital role in advancing democracy.

Her new book’s title is ironically apposite because its publication coincides with an unprecedented loss of jobs in the print media sector as well as in broadcasting news brought about the Covid-19 pandemic and a concomitant loss of advertising  income.

The annual State of the Newsroom report, compiled by the Wits Media Studies department since 2013, has provided valuable information on how the Fourth Estate is coping with the changes in readership patterns brought about by the advent of smartphones, which has made the traditional print media 24-hour news cycle redundant.

In her opening chapter she looks at the loss of media power as advertising revenue moved from media houses to Google, Facebook and Twitter and how public trust was eroded by the fake news Sunday Times reports on SARS, the Cato Manor ‘Death Squad’ and the alleged illegal  renditions to Zimbabwe.

The second chapter – The Media, the State and Zuma’s ANC – uses as a case study the way Suna Venter of the SABC 8 was hounded to her death on the watch of Hlaudi Motsoeneng and Jimi Matthews.

In chapter three – Zupta: Power and Loss in Investigative Journalism – the author examines investigative journalism in this country, where it has enhanced democracy and where it has detracted from it. The Guptaleaks investigation significantly enhanced our understanding of the pervasive ANC corruption when Jacob Zuma was president and Cyril Ramaphosa his deputy. She highlights the collaboration at local and international level necessitated by the huge quantity of computer-derived information now being leaked in investigations such as the Panama Papers.

The opposite side of the coin as she points out were the 35 Sunday Times articles published in 2014 -105 which caused reporter Pearlie Joubert to resign in protest and she quotes her:

Stories turned out to be rubbish. I was working on the Mark Lifman [underworld tobacco dealer with a huge income tax bill] investigation that SARS did. Then a bizarre set of incidences happened when my colleagues stopped having morning meetings with me, and then I was excluded from the weekly news diary. I was kind of iced out …

They were speaking to double agent spy Belinda Walters and to a rhino poacher and they published. I was screaming and shouting about the evidence: where is the evidence? There was no evidence of a brothel …

The illegal renditions of Zimbabweans was rubbish.

I resigned because I couldn’t breathe at night any more.

I was unemployed for a long time.

Chapter 4 – The Job Loss Tsunami – is based on a survey in mid-2018 by the Wits University Journalism Department and she quotes from interviews conducted with 158 newsroom staff who had lost their jobs in the previous few years.

The biggest group of respondents was from the 40-60 years age bracket and their average length of service was 18 years. All the interviews reveal a traumatic sense of loss but a relief at responding to new challenges:

I’m angry at the way it happened, as I believe the company cheated us, so it was a bad way to leave. I miss my former colleagues but I do not regret leaving and have found better challenges.

I feel an enormous sense of relief about not having to walk into that building again but great sadness at the loss of a fabulous team of colleagues. I haven’t even been able to face going back to visit former colleagues and friends because I don’t want to go into that building. I also feel a sense of adventure, that there’s a world of new challenges and new experiences out there to play in.

The last year at SABC was miserable, being caught up in internal politics. I applied for another job and it was blocked by Jimi Matthews. No reason given. He just didn’t like me and made my life hell. The internal politics were just too much and I resigned without another job.

At first, I was just depressed about the situation at the SABC. It felt like a living hell after leaving a job I loved, but after I made the decision and took some time out, I was very happy and relieved about leaving a toxic environment. I felt I was being tortured for being assertive and having an opinion.

Chapter 5 – Going Online When You’re Offline: The Case of Community Media – In this chapter the author points out that, in the past few years, more than half the community-focused, free knock ‘n’ drops which were sustained by advertising income, have closed their doors. The loss of advertising and the increasing printing and distribution costs of the paper editions have caused many of those which have survived to shift to online publishing only.

However, as Daniels points out: “Half of the South African population remains offline according to the latest report (2018) conducted by Research ICT Africa”, which means that the poorest of the poor no longer have access to local newspapers which gave them a voice.

Chapter six – The Anti-Feminist Backlash, the Glass Ceiling and Online Trolls – looks at the extent to which women journalists experience discrimination in the newsroom and the venomous social media threats which have become a daily facet of their lives.

Three recent books – Indentured: Behind the Scenes at Gupta TV by Rajesh Sundaram and The SABC 8 by Foeta Krige and Paper Tiger by Alide Dasnois and Chris Whitfield – emphasise what is now beyond dispute: that when an ANC acolyte gains control of a newsroom, staff are victimised and ethical journalism is abandoned and the organisation is so mismanaged that it runs at a multi-million rand loss.

In a few weeks’ time the SANEF-initiated Satchwell Commission into unethical journalism is expected to pronounce on its findings.

Daniels provides guidance in this regard in the final chapter of her book: Power, Loss and Reimagining Journalism.