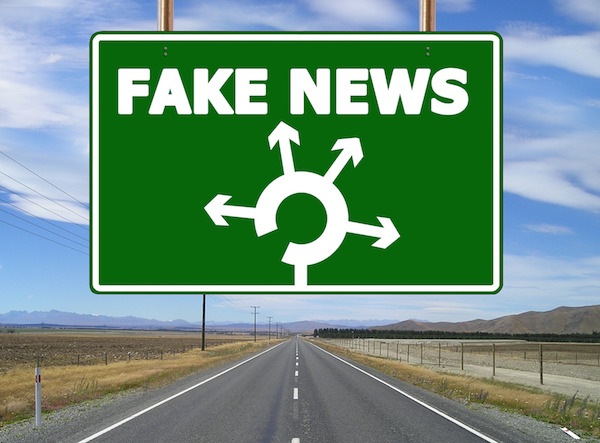 Since the Sunday Independent and all titles of the Independent Media group have elected to end their membership of the South African National Editor’s Forum and to no longer subject themselves to the national Press Code, or the authority of the Press Ombud, their news reporting can no longer be objectively challenged or adjudicated upon, other than before court. This has necessitated this cautionary note to all other media.

As its thousands of readers, subscribers and advertisers are aware, Independent Media has an internal Ombudsman and complaints procedure in place, the details of which are listed in all its publications.  It is therefore misleading to imply that Independent Media does not have the necessary measures in place to safeguard editorial integrity.

Anyone, including the Ministry of Public Enterprises, has recourse to Independent Media’s internal Ombudsman should they wish to lodge a formal complaint.

Since Cyril Ramaphosa’s Nasrec victory at the ANC’s 54th National Conference in December 2017, Iqbal Survé’s newspapers have been waging a venomous and bizarre vendetta against him and public enterprises minister Pravin Gordhan.  His newspapers have even come up with a new word in this campaign – Gordhanism.

The Sekunjalo articles critical of Ramaphosa and Gordhan have, in the main, been written by Piet Rampedi and Mzilikazi wa Afrika who now work for Iqbal Survé’s  Sunday Independent newspaper but who will be remembered for their Sunday Times reporting on the alleged SARS ‘Rogue Unit’ and the alleged SAPS ‘Cato Manor Taxi Hit Squad’, reporting which did the country immense harm.

The National Prosecuting Authority has dropped the charges against those falsely implicated in the reporting of Rampedi and Wa Afrika [see here and here].

On 7 March 2020, the department of public enterprises issued a cautionary to media about the reporting of Wa afrika [you can read the media release here].

I have been a reporter for 52 years and this is the first time that I have experienced a government department taking such a step.

If you log on to the IOL website and follow the link provided you will find that Jovial Rantao is featured as the internal ombudsman in his position as chairman of the adjudication panel.

His Muckrack profile specfically makes the point that he is now a freelance journalist and “the former Group Ombudsman: Independent Newspapers”.

No successor has been announced.

A screenshot of the adjudication panel of Sekunjalo’s Ombud division taken on the morning of 10 March which features Jovial Rantao even though he had resigned from the company months before.

Another person whose photograph is shown on the IOL website as Gauteng representative on the Appeals Panel is Rich Mkhondo.

Approached about this Mkhondo said: “Regarding my association with the Independent Media Appeals Panel: “I wish to confirm that I was a founding member of the panel when it was formed in May 2017; however I ceased to be one in October 2018 immediately after the convener, Judge Zak Yacoob, resigned.

“Also please be aware that the panel is no longer operational.  The Office of the Ombudsman, headed by Jovial Rantao, which facilitated the panels, was dissolved when he resigned almost a year ago.

“I have alerted Moleboheng Mosia at Independent Media about the existence of the website bearing our names and profiles. She assured me that she will alert her IT department and this will be corrected.”

A screenshot of the appeals panel of Sekunjalo’s ombud division taken on the morning of 10 March which features Rich Mkhondo even though he resigned  from the panel in October 2018.

As Mkhondo points out: “The Office of the Ombudsman, headed by Jovial Rantao, which facilitated the panels, was dissolved when he resigned almost a year ago.”

This shows that the response to the department of public enterprises cautionary by the Sunday Independent on behalf of Wa Afrika was devoid of truth.

Sekunjalo Independent Media has thus shown itself, once again, to be a newspaper company that cannot be trusted to tell the truth. There have been numerous examples in the past few years as Helen Zille and Max Price and Dougie Oakes and Siphiwe Nodwele and Ferial Haffajee and the authors of Paper Tiger can testify.

The Sekunjalo website proclaims: “People are at the heart and soul of Independent Media. Independent’s growing unique online audience is close to three million viewers, and their print publications have a loyal readership in excess of six million readers.”

Yet, for close on a year Sekunjalo has deliberately misled those millions of people by featuring Rantao as its ombudsman on its website when, in fact, he had severed his ties with the company.

Sekunjalo’s ombudsman system was announced with much fanfare in May 2017. Rantao, the former Sunday Independent editor, was introduced as the Sekunjalo independent media ombudsman at a press function in Cape Town.

“Group executive editor for the Western Cape Gasant Abarder,introduced staffers and guests to the panel at the Table Bay Hotel at the V&A Waterfront.

“Abarder said the ombudsman’s office would use “tough love” to ensure Independent Media’s editors and journalists are kept on their toes.

“This sentiment was echoed by Group Ombudsman Jovial Rantao.

“It doesn’t matter if you’re a celebrated editor or not, tough love is coming your way,” he said.

At the function, Rantao spoke of the company’s newly-proclaimed editorial charter governing ethical news coverage: “This is the editorial bible for all our journalists and is our pledge to our readers and the general public, to uphold the highest standards of journalism. We will hold editors and journalists in all our titles accountable on behalf of the public. We will act without fear or favour.”

In fact, he and the other panel members – see here and here –  maintained a complicit silence in the face of one egregious breach of journalism’s ethical norms after another that were occurring at Sekunjalo Independent Media – the termination of the column of Azad Essa being an obvious example – see here and here.  Another example of such supportive silence was when Sunday Independent editor, Wally Mbhele, was dismissed for allowing a perfectly factual article to be published which upset the anti-reformist faction within the ANC.

All three people quoted in the 2017 ‘Tough love journalism’ article, Carlo Petersen, Gasant Abarder and Jovial Rantao have since left Iqbal Survé’s employ which, in itself, is telling.

South African journalism recently reached its nadir when Piet Rampedi accused Jacques Pauw of being a paedophile  on social media without producing a scintilla of evidence. There is no indication that he has suffered any company sanction for this despite Survé having commissioned a report about the evils of online abuse in February 2015.

This confirms the point made by the Department of Public Enterprises in the cautionary notice it sent to all media companies last week and re-confirms a similar point made by Michael Mpofu about the Cape Times when Helen Zille was Premier of the Western Cape:

“The newspaper has proven once again that it has abandoned all interest in truthful, objective reporting. The printing of outright fabrications as a front page lead, shows how emboldened the Independent Group has become after withdrawing its titles from Press Ombudsman processes.”

In this context it is worth remembering that, at the time that Survé followed the lead of the Guptas and withdrew his newspapers from the jurisdiction of the SA Press Council and its time-proven code of ethical conduct for newspapers and online publications.

Sekunjalo was facing dozens of complaints by an outraged public. They were appalled at the extraordinary extent to which ethical journalism was simply abandoned when Survé gained control of the largest group of English newspapers in the country through a multi-million rand PIC loan, which he is now refusing to repay, while nevertheless paying interest on the loans by his Chinese funders.

“In the meantime‚ we’ve been adjudicating in complaints against Independent – 72 print and five online stories this year alone.”

Hopefully that report will be made public before June this year and it should provide further insights into the events which have scorched our media landscape in the past few years and also provide us with guidance on how these tragic situations can be avoided in future.