How the media and entertainment industry is addressing systemic racism 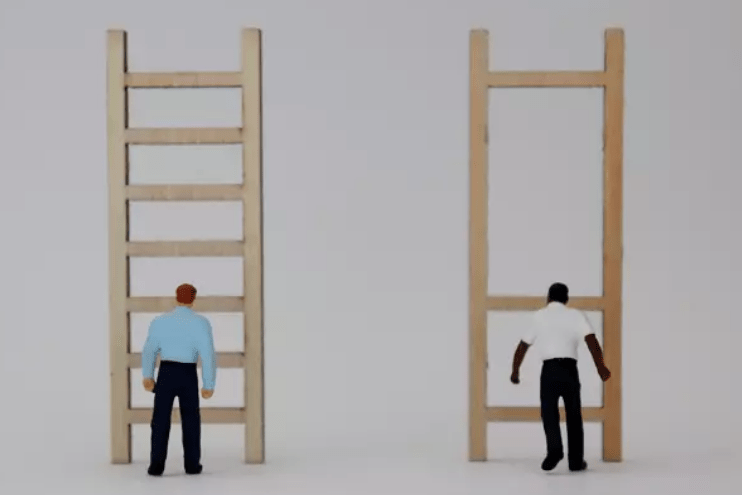 The murders of Breonna Taylor, George Floyd and countless others at the hands of U.S. police have sparked a wave of protests around the world, forcing corporations to take a stand against racial injustice and evaluate how – and to what degree – they perpetuate systemic racism.

On 2 June 2020, to show solidarity with protesters, many companies posted a black square on Instagram with the #BlackoutTuesday, created by two Black women who work for Atlantic Records and Platoon. Meanwhile, Alexis Ohanian, former CEO of Reddit – known to house threads rife with hate speech – resigned from the company’s board and called for a black candidate to replace him, and said he will use future gains from his Reddit stock to curb racial violence.

These actions touch on two issues facing the media and entertainment industry:

From internal discrimination to unequal pay, the challenges black people face in the media industry are no different from what they face in other industries. However, the power media and entertainment companies wield over shaping perceptions and influencing society cannot be ignored – especially considering the average American adult spends more than 12 hours per day consuming media, a figure that has continued to rise since the onset of Covid-19.

Given that media companies have historically monetized Black culture and creativity, the industry needs to address systemic racism. Here are some examples of how they’re doing it.

Publicis Groupe released data on the ethnic composition of its workforce, in order to improve Black representation among its highest ranks.

The French advertising and public relations company also committed to:

Similarly, WPP announced it will:

Procter & Gamble’s chief brand officer Marc Pritchard “warned media channels, networks, platforms and programmes that it will pull ad spend if they do not accurately and respectfully portray black people”, reported MarketingWeek. The company launched a comprehensive review of its media buying partners.

Unilever’s CEO stated, “Systemic racism and social injustice have to be eradicated. Business has a critical role to play in creating an equitable society which is intolerant of intolerance.” The company plans to rename Fair & Lovely, a melanin-suppressing face cream that’s one of its bestsellers in India.

This isn’t the first time Unilever has addressed this issue. In 2017, the company pulled a Dove ad that evoked a historic racist trope in soap advertising: a black person cleansed into whiteness. (After it was removed, Lola Ogunyemi, the Nigerian woman featured in the ad, said she believed the full TV commercial conveyed the campaign’s message more accurately and that “all of the women in the shoot understood the concept and overarching objective – to use our differences to highlight the fact that all skin deserves gentleness”.)

Electronic Arts is “contributing $1 million to organizations dedicated to the fight for racial justice in the U.S. and against discrimination around the world.

“Beginning with the Equal Justice Initiative, the NAACP Legal Defence & Educational Fund, and with more partners to come, we are deepening our support of organisations working to stop systemic racial injustice, fight discrimination and protect human rights in the U.S. and beyond,” the gaming company said.

French gaming company Ubisoft is also making a donation to the NAACP.

Sony Music Group “announced the launch of a $100 million fund to support social justice and anti-racist initiatives around the world. The Company, inclusive of all of its recorded music and content divisions and music publishing company, will immediately begin to donate to organisations that foster equal rights”.

Warner Music Group, which owns Atlantic and Elektra Records, also set up “a $100 million fund to support charitable causes related to the music industry, social justice and campaigns against violence and racism.”

In addition to donating $10 million to organizations committed to fighting racial injustice, Spotify UK announced it would discontinue the use of the word “urban” when referring to black artists.

Condé Nast’s US Black Employee Resource Group, NOIR, said, “As a company, we will be supporting #BlackLivesMatter and making corporate monetary donations to organisations supporting the victims, protestors and supporters in this latest wave of racial injustice. We are also pledging $1,000,000 in advertising support across our platforms to help give voice to non-profit organisations combating racial injustice. We can and should always be doing more. This is just a start.”

Anna Wintour, editor-in-chief of Vogue, which is owned by Condé Nast, said, “I want to say plainly that I know Vogue has not found enough ways to elevate and give space to black editors, writers, photographers, designers and other creators. We have made mistakes too, publishing images or stories that have been hurtful or intolerant. I take full responsibility for those mistakes.”

Facebook CEO Mark Zuckerberg said the company will donate $10 million to racial justice organisations, adding, “I know that $10 million can’t fix this. It needs sustained, long term effort. One of the areas [my wife] Priscilla and I have personally worked on and where racism and racial disparities are most profound is in the criminal justice system.”

Twitter CEO Jack Dorsey pledged $3 million to Colin Kaepernick’s criminal justice organisation while YouTube CEO Susan Wojcicki announced that it would create “a multi-year $100 million fund dedicated to amplifying and developing the voices of black creators and artists and their stories.”

The National Football League (NFL) apologised for not listening earlier to black players who protested against police shootings of unarmed black people by kneeling during the US national anthem during games. The statement adds that the NFL “encourage[s] all to speak out and peacefully protest.”

“We, the NFL, believe Black Lives Matter,” they concluded.

Are statements of solidarity and donations enough?

While many companies have begun to respond to systemic racism by making donations, others have looked at their internal practices, such as lack of advancement opportunities for black employees or perpetuating negative stereotypes in the content creation process. Moreover, the common thread in media and entertainment is that those in positions in power have disproportionate influence over society’s attitudes, feelings and behaviours, through advertisements, film or video games.

In the music industry, for example, scores of top black artists have signed with Sony Music and Warner, but there is only one black member on Sony Music’s 12-member board and zero on Warner Music’s. For an industry that has profited from black artists who have dominated music charts in rock, jazz, hip-hop and pop, structural change could include increasing black executives among its top ranks as well as increasing royalties, as artists only receive 0.12 cents to each dollar that a record label makes.

In journalism, the failure to properly cover black stories stems not just from newsrooms’ inability to attract and retain Black people, but how black journalists are frequently questioned and reprimanded by their supervisors on their ability to be impartial on coverage of black issues.

Donating to charitable causes is a start, but systemic change necessitates hiring black professionals in roles of influence and positioning the perspectives of black readers, viewers and consumers at the centre of content creation.

As the media ecosystem begins to rebrand products with racist undertones, remove ads with racist overtones and eliminate caricatures of black people in film, only then can we dismantle the systems of economic and social disenfranchisement and create substantive change.

The views expressed in this article are those of the author alone and not the World Economic Forum.