SABC Radio: Turning around or tumbling? 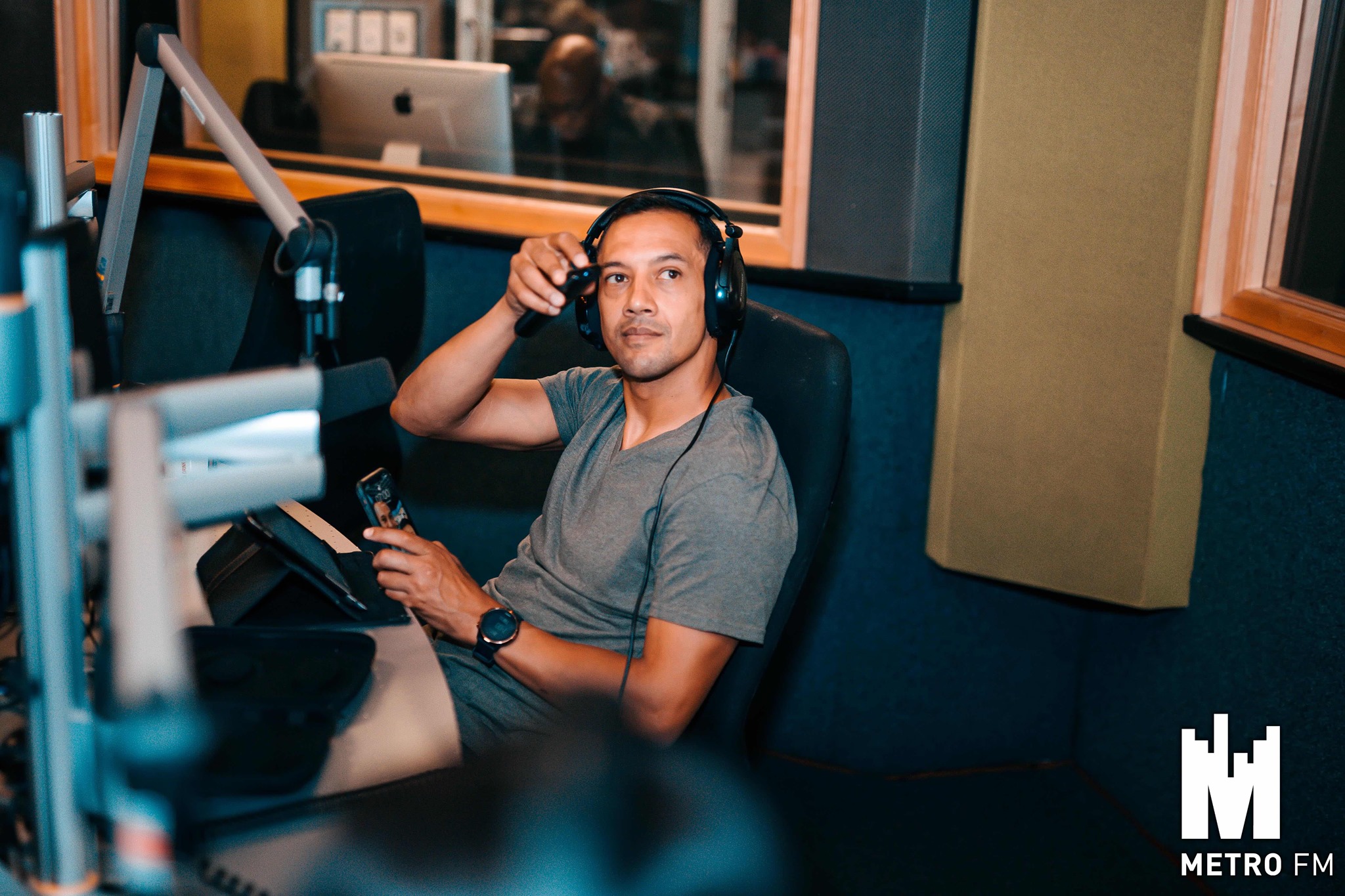 Broadcast revenue did not look pretty last year, although there were some gainers among the losers. While SABC’s African Language radio stations didn’t do too well, there were some wins and there are good signs for the public broadcaster.

The year 2019 was a brutal one for traditional media: Claire Herman, media operations manager at The MediaShop, points out that Nielsen reported a mere 2% year-on-year growth on overall ad investment in this sector. Broadcast media, which accounts for three-quarters of investment, began to decelerate.

This pain was not equally shared across radio broadcasters and sales houses: SABC took the brunt (see above), dropping by 7% (as it also did across television).

Specifically, it was the African Language Service stations that were responsible for this decline:

Herman identifies the SABC Radio stable as unique, “in that their main selling point is the African Language Stations and speaking to people in their own language, delivering relatively high levels of reach at the same time”.

It is a truism, cited in the SABC 2018/19 Annual Report, that “revenue growth is inherently linked to audience”, but an examination of January-December 2019 ad revenue indexed on the previous year, compared with indexed weekly cume audiences (January-December Broadcast Research Council Radio Audience Measurement reports), reveals that things are not that simple.

While Ukhozi FM’s audience remained stable, advertising support plummeted; in contrast, Ligwalagwala FM, Phalaphala FM and trufm garnered support ahead of their audience delivery. Given that Ukhozi FM singlehandedly used to deliver some 20% of SABC’s radio revenue, this was not adequate compensation. The star performer among the remaining PBS stations was Radio 2000, albeit coming off a small base; while in the commercial station portfolio, 5FM saw a dramatic drop in ad support.

Providing context, SABC acting spokesperson, Mmoni Seapolelo, points to the tough economic times and “many competitors in the industry vying for a piece of the advertising industry”. Indeed, there are a raft of commercial stations such as LM Radio, Vuma FM, Yfm, Classic FM and YouFM, as well as community stations, Jozi FM and Hot FM, which enjoyed an outstanding 2019 and impacted on SABC’s performance.

“SABC’s service is shocking” is the comment of one business unit director, who elected to remain anonymous. That is not an isolated sentiment. Herman identifies that “lack of new content and marketing is letting (SABC) down” and warns that “marketers will channel their budgets elsewhere” if they consider audiences to be declining.

She also highlights that developing multiple pieces of creative with different translations comes with its challenges and says that their sales teams need to drive home harder the value of speaking to people in their mother tongue, if they want to retain and grow revenue. In addition, she advises, “they need to look at alternative opportunities beyond straight generic advertising”.

She suggests that “doing combined television and radio deals to ensure that revenue stays within their stable would be a good strategic move – there have been conversations around doing this with some clients, but they still operate as very separate entities.”

From a trading perspective, Nick Calf, GroupM head of investment, is concerned that in a declining market “any innovation in the way the SABC trades seems to be in contravention with the internal policies of the SABC”, which makes them particularly vulnerable to more flexible competitors.

Taryn Naledi Hood, managing director of research and analytics at Publicis Media, concurs that the corporation is “uniquely guarded by legislation governing their operating behaviour, which is not going to change overnight”.

She points out that SABC is not alone in their decision to stay away from “bank-rolled bulk buying deals, especially around trading grey areas” and points out that they have been successful in implementing last-minute buying deals. She believes that on a rate setting level, SABC understands the need to remain competitive, “not just among their peers, but also when to being compared to other media channels”.

Calf suggests that communication is an issue, saying despite “SABC radio stations…having pretty strong audiences…SABC have not been able to maximise their commercial value” and that he is not aware “of any particular strategies to grow audiences, but more concerning, I am not aware of any strategies to improve the commercial return these stations bring to the SABC”.

Stressing Publicis Media’s positive and empathetic outlook towards SABC, Hood points out that “it takes time to weed through wasteful spending, enforce new controls, establish governance and heal the wounds of a devastated workforce – all while battling the economic headwinds”.

She lauds Madoda Mxakwe, Group CEO, for the strength and resilience displayed while steering the broadcaster’s turnaround plan and points to “last year’s annual financials showing positive signs of correction … with a 35% improvement on the fiscal prior”. Inter alia, she points out that “SABC has pulled in the reins on creditors and called for settlement” and continues by saying that “bullying advertisers and global agency TIGERS [market or category dominators] are as much to blame for SABC’s cash flow tyranny and the difficult cycle we have found ourselves in”.

Hood says SABC Radio still owns assets that local and global commercial stations only wish they could own. “South Africa’s terrestrial radio stations command audience sizes not experienced anywhere else”. She points to “Metro FM’s massive recovery and the “remarkable transformation stories, such as those of Radio 2000 and Munghana Lonene FM”. However, she acknowledges that the SABC’s the mandate is demanding, and the costs have a direct impact on the bottom line.

Spokesperson Seapolelo affirms that SABC radio stations are a key vehicle in the corporation discharging its public mandate. “In particular”, she notes, “our vernacular radio stations play a critical role in informing and educating the millions of South African who live in rural areas and lack access to digital and other media platforms, through connecting them to the rest of the world in their own languages”. She points out that “no other broadcaster in South Africa is charged with delivering content such as dramas; curriculum based educational programmes, and specialist music programmes”.

She cautions that “it would be premature for the SABC to go into the finer details as firstly some of this information is commercially sensitive and the SABC needs to still report back to Parliament and other relevant stakeholders on the progress made in terms of its turnaround strategy and strategic roadmap”.

A platform to engage advertising and marketing industries

However, she admits that “due to financial challenges experienced by the organisation over the last few years, the SABC was not in a position to extensively embark on major marketing drives. However, a key component of the turnaround strategy is prioritising marketing and that includes trade marketing”. She references the event ‘RadioConnect’, which was launched last year as a platform to engage the advertising and marketing industries, saying it was well received and that SABC reaped benefits from the engagements.

Another step in stabilising the organisation from a leadership perspective has been the filling of critical vacant positions, according to Seapolelo. She highlights the appointment of station managers at Lesedi FM, 5FM, Ikwekwezi FM and Thobela FM. In addition, other key appointments have also been made in the technical areas of the radio division.

Hood picks up on this theme, pointing to “the bold moves they have made around shuffling and attracting new talent”. She thinks that “SABC Radio still have a few tricks up their sleeve…their Business Intelligence unit has been reorganising and reintroducing valuable research, including music testing. The fact that they were able to maintain audiences without music testing is indicative of the great talent and how in-touch they are with their audiences – even intuitively”.

The cultural textures that SABC can add to the understanding of their audiences is something Hood identifies as a valuable contribution and she expresses the hope that the industry will see more of the station brands and their representatives. Similarly, she believes that the talent and skills with assets such as RAP Studios [in which the SABC offers a radio advertising creative and production service] are untapped asset and need to be unlocked.

Like Herman, Hood believes that SABC needs to find more creative and interesting ways of trading and delivering value over and above their generic airtime offerings e.g. looking closer at content, production and talent related offerings, and becoming better organised around non-traditional radio content, especially events. Key to this are out-of-the-box thinking and AdVenture, the unit that was established to focus on revenue generation outside of traditional advertising platforms via the exploitation of the SABC’s vast asset base, vested in its more than 3 000 trademarks.

Of this, Calf says “this has had no noticeable impact in the market; we have had no meaningful interaction”. Hood concedes that “advertising teams are largely unaware of AdVenture” and that further marketing will be crucial, if the SABC is to unlock this new revenue stream.

Another area, which Hood believes SABC talks about, but needs to aggressively step up, is their digital capacity to unlock the opportunity that lies with their rapidly digitising audiences. Building digital audience offerings, grounded in strong data management and marketing automation platforms is key to its future.

The first signs of a turnaround are evident at SABC, the question is whether the momentum can be maintained through these deeply uncertain economic times.