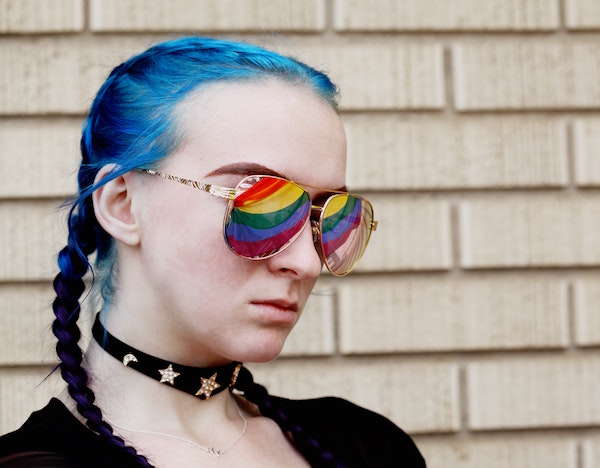 Telling better stories means fighting for better gender representation in the work place. And, it’s time for men to step up and join the fight.

It’s 2016, and I’m living out my advertising dream. I’m at the Cannes Lions International Festival of Creativity and one of nine women on a panel of 26 judges. We’re in the midst of discussing a piece and three of us women are leading the argument. A male judge from across the room disagrees with us and says, “Girls! Girls! Girls…”

I don’t remember what he said next, because all three of us were having none of it. This was not “Bring a girl child to work day”. This was a group of professional women, seasoned advertisers representing their continents on a world stage. And we were being reduced to our teenage-girl selves.

The marketing and advertising industry may think we’ve progressed well beyond the Mad Men era but today we’re dealing with something just as dangerous: subtle offences; implicit bias and microaggressions. When discrimination or gender inequality is not overt, it’s even harder to dismantle.

Nielsen tells us that women hold 71% purchasing power in South Africa. And yet, as an industry, we’re still struggling to retain female creatives and find women in leadership roles. Quite simply, we cannot tell authentic stories about women if our studios and boardrooms are under-represented.

We’ve merely cracked open the book of stories women and people who identify as women have to tell. Can you imagine how much more effective we could be, how much further we could grow the economy as an industry, if we just normalised gender equality and told way better stories?

Here are some ways we can shed the scaly skin of patriarchy that still looms in our industry, like the lecherous old uncle nursing a whisky in the corner of the room.

Stop hiring for the single story

One of my favourite writers, Chimamanda Ngozi Adichie, speaks about the danger of the “single story”. She says, “The single story creates stereotypes, and the problem with stereotypes is not that they are untrue, but that they are incomplete. They make one story become the only story.” So, as tellers of stories, we need to hire better. We cannot have true insights about humans if we don’t have enough different and unique humans in the room.

And it’s not about a sprinkling of diversity either. Actor Riz Ahmed says it best: “I don’t like to talk about diversity; I feel like it sounds like an added extra. That’s not what it’s about for me. It’s about representation. Representation is absolutely fundamental in terms of what we expect from our culture, and from our politics. We all want to feel represented. We all want to feel seen and heard and valued.”

Whether it’s from the agency CCO, your big money-spinning client or the young intern, call out inappropriate behaviour, discriminatory commentary and implicit bias. If you’re worried about losing business because of it, then you’re a poor leader who needs a sit down with your conscience. Develop a zero-tolerance policy towards inequality and discrimination in your company so that young women don’t have to do the heavy lifting themselves. Create safe spaces for your employees, and foster an environment that is liberating and inclusive. You will attract not only better employees, but the right kind of clients too.

Invest in a contemporary dictionary

Understand that the world we navigate now needs new language. Don’t make assumptions about gender and don’t make it the job of your employees to educate you. Know the difference between ‘he’, ‘she’, ‘they’, ‘ze’ and ‘zir’. Bring in specialists who can break down what every letter in LGBTQ+ means.

Ensure that transformation is not an occasion, a noun or a points parade

For far too long, we’ve looked at the word ‘transformation’ as something that’s great to bandy about on panel discussions. The B-BBEE points system is a good sign-off in a pitch room, and we speak about shining a light on women as if they are need of illumination. Women are already strong; we have a lot to say and to contribute, and we don’t need the charity of a candle held up to us on public holidays. We need genuine commitment to and investment in the growth and development of young people. We need actual, on-the-ground work – the kind that takes place behind the scenes, while no one’s watching. Without it, transformation is a wallflower, not the future we want for our people and our industry.

Do better because the world needs better

As media, marketers and advertisers, we know the power we hold in shaping conversations, thoughts and behaviours. We also know the ills we’ve perpetuated. We live in the most exciting times and our relationship with our audiences is more intimate than it’s ever been. But if you’re a brand that’s either born or still standing in this generation, you will never be forgiven for not knowing who you are and for not standing for something. You don’t have to change who you are; you just have to do way better.

Finally, boys, boys, boys…if you’re reading this, please know that the time has come and gone to banish mad men, creepy uncles and the guys who pose as convenient feminists. It’s a much better world if you join us in unlearning, re-educating, reframing and rolling up sleeves. It’s a much better world when we’re not deploying our energy on breaking down walls, but rather investing it in telling better stories.

Suhana Gordhan is the executive creative director at the DUKE Group. Making iconic work with local flavour is the fundamental principle that has sustained the newly appointed ECD in the advertising industry for the past 15 years. Over the years, Gordhan has gained unparalleled insights and experience from her many terms on local and international industry award panels. A recipient of numerous awards herself, Gordhan has shared her creativity with brands such as Nando’s, Coca-Cola and USAID. In fact, her work for Coca-Cola was featured in Contagious Magazine as one of three campaigns in The World’s Best Strategies.