LATEST NEWS
Home Broadcasting Television Do not adjust your set

Do not adjust your set 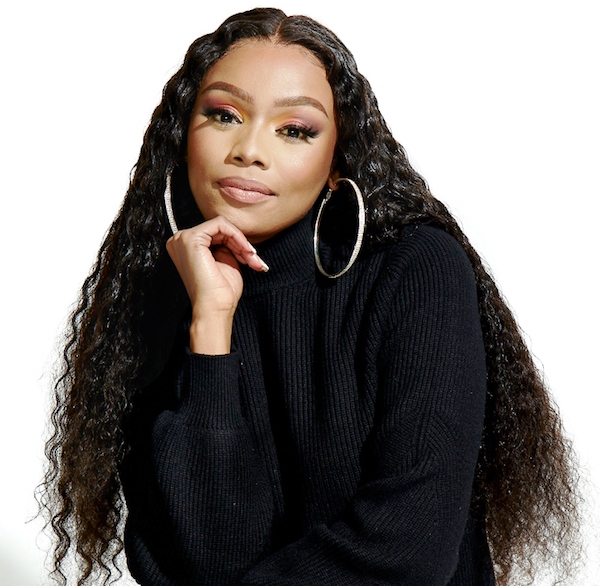 A Very Bonang Year was a massive success for SABC TV

Head of SABC TV, Merlin Naicker, took on the massive role of the continued revival of the SABC’s television stations in April, just as the national lockdown began. He gives us an update on what’s been happening at SABC TV.

It’s no secret SABC television is emerging from years of operational, financial and management issues. It has a long way to go before becoming the “fit-for-purpose public broadcasting service that is financially sustainable, self-sufficient and appropriately capacitated to execute its mandate effectively” that its board and new management structures are working towards.

While continuing to implement its Treasury-approved turnaround plan, a condition of its R3.2-billion bailout, it has to pay back millions of rands in debt to production companies, restructure staff (a process fraught with union involvement) and operations to become a much leaner machine, buy and create content viewers want to watch, attract great swathes of advertisers while sticking to its mandate and also figure out how to get South Africans to pay their licence fees. Rebuilding its reputation, devastated by years of mismanagement and massive political interference, is a big part of the job. And that’s just for starters.

When Merlin Naicker arrived at the SABC’s Auckland Park HQ on 1 April, it was a “ghost town”. The news operation had relocated to Nasrec for the duration of the coronavirus pandemic, the hard lockdown was in place and anyone who could work from home was doing so.

“Then in the midst of all of this, we we had the highest audience record in TV history,” says Naicker. “So definitely, you know, some contradictions came into play.”

Locked out of local

Covid-19 or no, Naicker’s task is clear: “Bring back the audience numbers, and that really brings back the advertisers, which brings back the revenue. Yes, it sounds like a simple equation, but not so simple in reality.”

First though, he had to ensure the SABC had enough programming to get through lockdown and feed that huge audience, confined to their homes and desperate for news and entertainment. That led to the first of what is sure to be a number of controversial decisions Naicker will have to make: he applied to the Independent Communications Authority of South Africa for an exemption from the local content quotas defined in SABC TV’s mandate. Unions and producers were furious, accusing the broadcaster of decimating the vitally important production sector.

It was far from a sinister decision, Naicker explains. With lockdown in force, local productions halted and no idea when filming would be able to begin again, the SABC had to supply content. With around three months of programming in the can, it simply could not go dark once that had been flighted.

“The suspension came out of the question: If your productions are being stopped through a state of disaster being declared by the president, how are you then able to find local content?” he says. “I think we missed the mark by a couple of percent across the board. And even when we ran out of stock, we replaced it with local content.”

The SABC’s local content is vitally important, not just because of its mandate, but because it is a commercial driver with big audiences and ad spend. Speaking of which, what’s happening on that front?

“We’ve got the right programming stock available, but advertisers are not coming back in terms of general advertising spend…they’re coming back on our key properties such as Uzalo, Generations: The Legacy and Muvhango. But generally, across the rest of the day, they don’t seem to choose to follow suit with the audience. They’re cherry-picking. That’s the challenge.”

Agencies have criticised the SABC’s approach to selling advertising, saying it is often cumbersome, that there’s a lack of urgency in responding, and there are too many processes to jump through. It simply shouldn’t be so hard.

“We’ve looked at that,” responds Naicker. “We have a new group executive for commercial enterprises, Reggie Nxumalo, and he’s been focusing a lot on on those processes to ensure that we do compete with the rest of the market from that perspective. So yes, there’s lots of work being done but not much we can talk about, unfortunately, because in lockdown, you don’t make a big noise about all of these things. But we’ve made opportunities for advertisers.”

Of course, the situation is compounded by advertisers themselves being impacted by the pandemic and lockdown.

Naicker is well aware that while the SABC was going through years of strife brought about by extreme political interference, other broadcasters (free-to-air, over-the-top and pay TV) were embracing new technologies and modernising outputs for today’s consumer.

“What I realised once I had started with the SABC was that a lot of the roles were acting roles, so decisions weren’t necessarily being made,” says Naicker. “The instability of (previous) boards and management resulted in a lot of people just care-taking what was being done on a day-to-day basis. The net effect of that is that the rest of the industry has moved on, but the SABC has almost been in a time warp with the turnaround strategy.”

Still, he is charged with progressing SABC TV, despite the turnaround action in the background. What three goals does he have for the rest of 2020?

“Firstly, I’d definitely like to see an increase in audience for our prime-time block. This is twofold for me: it’s a test of our success and it’s a test of our communication with our customers. That’s something that talks to regaining the trust of the market.

“Secondly, when we say something, we deliver upon it to so people know where to find content. I’ve also realised a large percentage of our market don’t have set-top boxes yet, so they’re not aware of what is on the channels.

“Thirdly, ensuring that we have a more regular digital presence.”

Naicker says that before the pandemic, the SABC was investigating on-demand platforms to grow its consumer base as part of the turnaround strategy.  “The challenge we have is that now we’ve really got to contemplate this realistically in terms of the cost base, distribution and market that we serve.”

This revival and future sustainability are at the heart of everything the SABC is doing now. “It represents two thirds of the broadcast industry in the country and it has a footprint across Africa as well,” says Naicker.

And he’s not afraid of the challenge; in fact, he relishes it. “You know, sitting on the outside, you can make many comments on how I should do this or that to make it happen. And now I’m here to do that, and see whether or not I’m really worth my salt.”