Radio’s future ain’t what it used to be: Meet Gen N 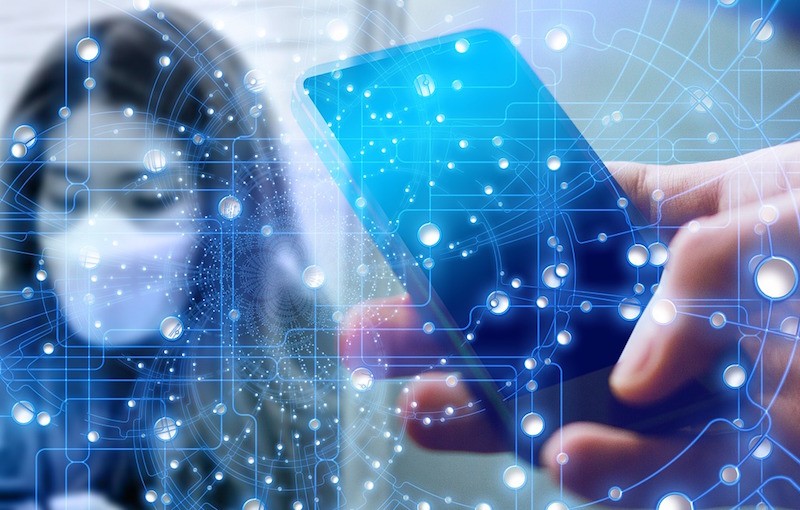 Generation Novel is a growing cross-generational psychographic of digital-first consumers galvanised by the disruptive effects of Covid-19.

The pandemic rages on,  although, thanks to Pfizer and Moderna, the end may well be in sight. In the meantime, cases are skyrocketing. The responses of governments around the world vary, as do the outcomes. The one fact that everyone seems to agree on, is that no one really  knows how this will all eventually shake out. Or when.

In the meantime, we’re awash in webinars. There’s even a new status symbol for Zoom meetings. My bookcase is bigger than yours! As for the webinars, people we’ve never heard of are weighing in on the future of just about everything. The future of work, of advertising, of media, of meetings, of mankind itself. It’s interesting to note that after the Spanish Flu of 1918  and the Great Plague of 1665, human behaviour did not change significantly.

But that was before the internet changed everything.

While the self-proclaimed prophets were holding forth, few people noticed that Covid-19 had created a new kind of consumer in just 90 days. It’s called Generation Novel, or Generation N.

According to Brian Solis, Generation N is turning the world on its head. When Brian Solis speaks, I tend to listen. He is global innovation evangelist at Salesforce. He’s also a digital anthropologist, best-selling author, and keynote speaker. He studies market digital disruption, corporate innovation, and the evolution of markets and customer behaviours.

After two decades of steady growth, the trajectory of digital consumerism went into hyperdrive when the pandemic changed everything.

As Solis puts it, with the impact of the Novel Coronavirus likely to endure, companies must prioritise the study of Gen N. Doing so will help executives understand how consumers’ increased use of technology affects their preferences, behaviours and routines.

With the onset of Covid-19, the physical normal we knew changed overnight. The mechanics of life: communicating with loved ones, keeping up with the news, working, learning and shopping were now centred on digital platforms.

Before Covid-19 and the rise of Generation Novel, there was what Solis termed Generation C (Connected), the ever-growing always-on customer segment. This was at the core of customer experience innovation over the past decade.

Solis sums it up beautifully: “Over the years, I learned that customers who lived digital-first lifestyles were much more intentional, impatient and demanding. They were also more efficient in their decision-making. They didn’t go through their decision-making journey in a linear fashion like their traditional consumer counterparts.

“Instead, they jumped in and out of searches, read reviews, watched videos on YouTube, asked questions on social media and downloaded apps, all usually from a mobile device. They expected their experiences to be defined by relevant platform-native choices, mostly from mobile screens. They expected immediacy and convenience. Connected customers also demanded that their digital journey was integrated, seamless and intuitive”.

Those brands that didn’t deliver on these fronts were vulnerable to digital-savvy companies.

Locus of power is shifting

The locus of power has been shifting inexorably to the consumer for decades. Interruption advertising on radio and TV has been universally disliked. This led to devices for zapping ads on television. I maintain, people don’t inherently dislike advertising. They dislike bad, boring and irritating advertising. Interestingly, the ads with the least amount of zapping in the US are the beer ads, because they’re so darn entertaining.

So, where does this leave radio? Most of the big commercial stations  are still fixated on the myth of the Millennial Market. We know that Gen Z are not avid radio listeners, choosing instead to get their music from YouTube and the streaming services. Talk radio doesn’t feature on their menu. Remarkably, Spotify is credited with saving the record industry which is enjoying a resurgence.

Most radio stations are on 360 kick, offering access on any number of devices, as if this is going to present a counter-attack to digital. They offer podcasts, the most popular of which are reruns of programmes that have already been broadcast. I’m not aware of any profitable podcasts in SA, which is about ten years behind the rest of the world.

Stations have digital offerings, including eRetail, but they’re lucky if these yield as much as 10% of total revenue. For the most part, it’s business as usual. Deep discounts are the order of the day.

Radio has embraced big data and that’s all well and good, but if it takes on social media at its own game, it will lose. It worries me that too many radio executives have become little more than glorified data analysts.

Radio has to play to its strengths. One of its most powerful is the human connection. Investec was quick to latch onto this when it set out to reposition competitors’ obsession  with data by proclaiming :”The most powerful relationships are human.” Radio has always known this.

There appears to be a developing trend towards real connection. The resurgence of old-fashioned bricks and mortar bookstores is one example.

There are other examples. Ad Age reported recently that Mondelez, owner of brands like Cadbury, Stimorol, Dentyne, Lunch bar and Chappies, to mention just a few, has verbed our entire species to coin the latest marketing buzzword. ‘Humaning’ is a unique consumer-centric approach to marketing that creates real, human connections with purpose

Gen N appears to know what it wants, when it wants it and how to get it conveniently at the best price. However, we often don’t know we want something until it comes knocking on the door of our mind. Radio can still play a role in this. After all, one of its most powerful attributes is its intrusiveness. There are low levels of ad avoidance. As long as the radio is on, they’re going to hear the ads whether they like it or not.

Radio does not have a ‘skip ads’ function, but it does have a dial that allows one to change stations. That’s why stations go to inordinate lengths to eliminate tune-out factors such as boring presenters who talk too much. As I mentioned above, another powerful tune-out factor is irrelevant, or irritating ads, although stations aren’t going to turn away business, even if it threatens their impact  listenership negatively.

The late legendary adman, David Ogilvy once famously remarked that no one was ever bored into buying something.

Its ubiquity, one of radio’s greatest strengths, is also its greatest weakness. Radio has become a utility like gas, water and electricity. Too many radio sales reps take it for granted that advertisers know and understand radio’s most powerful attributes as an advertising medium. I often wonder if these reps know what these are.

Radio has to up its game to remain relevant

Radio has to up its game big time if it wants to remain relevant. That includes how it sells itself. If radio was a brand, it would surely be considering a relaunch about now. Perhaps it’s time for a reset?

Media strategist, Gordon Muller, even suggested going back to square one. That includes reminding advertisers of radio’s unique attributes. It also means upping the entertainment factor on stations. Too many presenters are ripping off stuff on the internet. Their lack of preparation is obvious. Rule of thumb is an hour of preparation for every hour on air. This does not include regurgitating “Fun Facts”.

Radio is Theatre of the Mind. That’s why the ‘pictures’ on radio are so powerful. The advertising that works best in any medium is the kind that evokes emotion and one of the best ways to do this is through the imagination. Radio paints pictures in the listener’s imagination that are unique and personal to each individual listener. Unfortunately, most radio spots fail to evoke emotion.

Don’t get me started on live-reads! No one believes that the presenters reading them are endorsing the brand’s products and services. For the most part, they’re doing the advertiser a disservice, for which they’re paying a premium.

People are loyal to their favourite radio stations and their favourite radio personalities. Compare this with television where the loyalty is to the programme, not the channel. This is a loyalty that has endured over time. It’s a relationship cemented by companionship, trust, empathy and compassion.

People tend to listen on their own, so radio is an accompaniment to other activities. Word of mouth is the most effective form of advertising. That’s radio, one person talking to another.

Time spent listening (TSL) is an important metric, because radio works on frequency of impact and repetition is the key to learning. No matter how much advertising has evolved over time, successful advertising still depends on what you say multiplied by how many times you say it.

In-car listening has its own issues with increasing competition from digital platforms. But that’s for another discussion. In-car radio listening allows one to to get the last word in before the buying decision is made. Many  Gen Zedders only discover radio when they buy their first car.

For as long as I can remember, radio’s market share has not changed. It still hovers between 12% and 14%. As an advertising medium, radio may be facing an existential threat. It has successfully weathered previous ones.

Humankind’s best response to the relentless onslaught of AI is to become more human, not less. That’s good news for radio, the most human and authentic of all media.  Remember this and remind advertisers.

Stan Katz is an acclaimed radio mentor and coach. In conjunction with fraycollege he has created the Ultimate Radio Sales Course, a 10-module online course for maximising sales. Find out more here. He also writes a weekly newsletter packed with business advice for radio. Subscribe here.