Seven days on Twitter: #Zuma’s smarter than you thought! 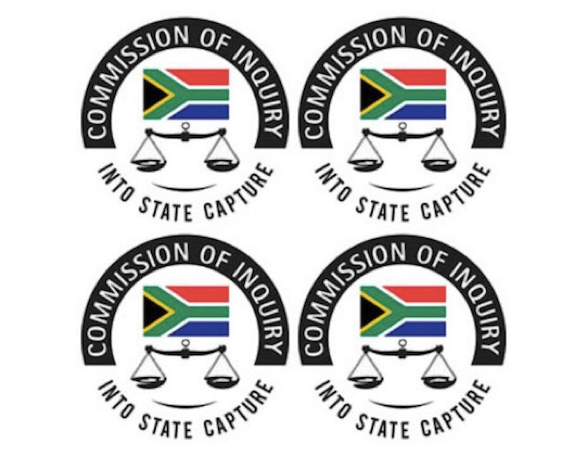 I’m late this morning. The laptop showed me a blue screen of death, you know that feeling when you realise you haven’t backed up and you are on major deadline, that cold sweat and your stomach sinks?

Well, I’ve been in that state since 4am, but I’m back, and I’ve backed up so I’m smiling. Let’s see if we can take that smile off my face…

What a week! #uBaba took my focus for the most part, largely due to jaw-dropping testimony at the #StateCaptureInquiry. We learnt this week about Zuma’s secret service or, as it is officially named, the State Security Agency, SSA.

The testimony read like a spy novel and even those testifying needed pseudonyms to get their message across. I’m not sure if I’m the only one that found it amusing that there was a Miss K and a Mr Y.  #KYJelly missed a marketing trick because let’s face it, Zuma didn’t use the brand while he raped this country. Arthur Fraser’s team was furious as they claimed that #Zondo got this testimony pushed through the “back door”, (yes that’s what the newspapers said).  There were claims that they had been “ambushed” and it was an “injustice”.

Too right mate, except it wasn’t #Fraser and #Zuma who were ambushed without KY, it was the nation!

The other thing that is blatantly obvious is that #Zuma is incredibly smart, the level of precise orchestration, the extraordinary type of technology and the deliberate planning that went into this operation (and many operations around State Capture) are nothing short of genius. It makes you wonder hey?

Well, it made me wonder; first I thought, “Who was really in charge here because this is a work of a mastermind”. Then I thought, either I bought into the media spin of Zuma being poorly educated and having trouble with numbers so “he fooled us all like a magician” and then finally settled on this question, “Who owns Zuma?” because this is unbelievable. I’m just going to leave that there.

Back to #StateCapture, #MissK, Minister #SydneyMufamadi and #LoyisoJafta didn’t hold back in their damning testimony about the SSA.  These horrors included paid for factions, interference in #FeesMustFall and the #Pooprotest to name just a couple and an enormous amount of cash that moved without accountability.

The amount of money was absurd and left the #DCJ #RaymondZondo shocked, and he’s heard some stories china, so if he is shook you must understand the level of it. Huge names were implicated: #BonganiBongo #SiyabongaCwele and top prize to #DavidMahlabo.

Some jested on Twitter that #MissK should be the name of the next cyclone.  #MinSydneyMufamadi should be accoladed as exceptionally brave as he testified that the Auditor General was never allowed to access the #SSA financials; he added nail after nail to that coffin that was the SSA.

#Jafta confirmed that money and means were used by the SSA to fund factional political activity in the ANC and basically act like an open ATM for funding that ANC faction (read Zuma brigade). He claimed that #MaNtuliZuma was held in custody against her will and without any lega; processes taking place. She’s the wife who allegedly tried to poison #Zuma.

It seems that Zuma basically used the SSA to persecute his enemies and to stop dissidence within his regime. I promise I’m not making this stuff up, how’s that #Netflix series going?

Then my favourite punchline for the week “Zuma must go to court”, #uncleRayRay won as #Concourt ruled that #Zuma has to testify at #StateCaptureInquiry; any bets on the number of times uBaba’s going to use this line: “May I not answer Chairperson, in case I incriminate myself?”

I suppose I should deal with other news. It’s not pretty I’m warning you.  #Shonisani Lethole wasn’t fed for over 100 hours and tweeted to the minister for help from #TembisaHospital, he passed away from starvation.  You’ll remember that horror story from last year? Well today the state of #TembisaHospital has filled the spotlight and 19 staff will face disciplinary action. I’m sorry were they late for work? Did they lie on their CVs? They KILLED a man – will they get suspended without pay, or heaven forbid, fired? They killed a man. Hello! Is anyone listening?

Ok, deep breath, the numbers of #Covid19sa infections are astronomical and one of the conspiracy theories is proving to be true as #Ivermectim is now being used and controlled by the #SAHPRA.

New language has entered our vocabulary with terms like #VaccineHoarding and #VaccineNationalism becoming household phrases.  Every time I open my timeline, I’m confronted with someone we loved who passed away. The vaccine rollout begins on Monday in Gauteng and I pray that our government doesn’t prove to be sick. Their behaviour on the PPE was nothing less than despicable. Please don’t use this as another opportunity for mass-looting. I’m sick of hearing stories like the half a billion rand that was spent on disinfecting schools, yet the companies paid to do the job didn’t even have “disinfecting” on their portfolios. Can we have a watchdog on those vaccines please?

I’m not sure how to cheer you up. Some laughed at the Minister that reduced #JacksonMthembu’s funeral to a headline about not wearing a mask. Apparently, the Minister thought she was wearing a mask but it had fallen off. We don’t even try to make the lies believable anymore.

There was #CycloneEloise that was meant to tear my roof off as it passed Northern KwaZulu-Natal but I’m so grateful to report that we had a heavy rain and the next day it was business as usual for the diving community.  I’m sorry this news is so depressing, but have faith, we have #uncleRayRay, he’s a good ‘un.

Take the weekend off, I insist!