A disturbing development at the Pretoria News 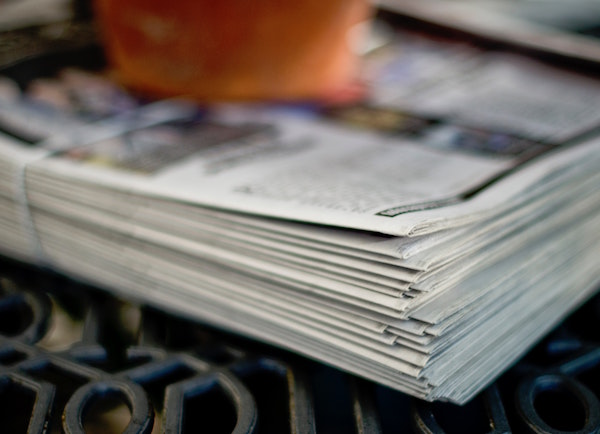 [OPINION] “The book offers a lot of new information that was not previously in the public domain. The newspaper’s conduct at the time does not come out well and it is clear that a number of its journalists have been irredeemably compromised. Some have retreated from public life but two of them, Mzilikazi wa Afrika and Piet Rampedi, now work for the Sunday Independent newspaper, where they continue to produce propaganda for the kleptocratic faction of the ANC.” ~ Book Review | So, For the Record Imraan Buccus 20/10/2020

Survé commended Bojé, one of the long-standing seniors at Independent Media, for her diligence and passion for the Pretoria News.

“Val and her news team have built a strong focus on the affairs of the capital city, including its governance, academic, research and diplomatic sectors. She has also led from the front in a sea change of technological advancements, including new systems and the switch to digital news consumption, and has embraced transformation within the media group and broader society.

“It is in this spirit, she has recognised that the time is right for new leadership at the Pretoria News,” concluded Survé. ~ Piet Rampedi takes over as editor of Pretoria News IOL 22/1/2021

A week ago news broke on Iqbal Survé’s Independent Media IOL website that the editor of the Pretoria News, Val Bojé – who has an impeccable career record and has earned the justifiable respect of her newspaper peers – was being replaced by the hugely controversial and discredited Piet Rampedi, renowned for his ad hominem social media attacks on Judge Kathleen Satchwell (who chaired the SANEF-commissioned investigation into media ethics) and Anton Harber, one of the founders of the anti-apartheid weekly newspaper which is now the Mail & Guardian, and author of So, For the Record.

If one takes the rationale for this move – as explained by Survé – to its logical conclusion, then every company owner or director in the country should, in the ‘spirit’ of transformation in 2021, immediately remove from office every senior white female executive with a stellar and unblemished career record and replace them with a black male who has the public credibility which Rampedi has.

This is utterly implausible and insults our intelligence.

If you have taken cognisance of the evidence by Sydney Mufamadi  and ‘Ms K’ before the Zondo Commission about ‘Project Wave’ and if you have followed the interface between media and politics in this country in the past few years, you will have reached a very different conclusion:

You will therefore know – because it is self-evident – that the removal of Bojé as Pretoria News editor has nothing to do with ‘transformation’. You will know that it has everything to do with Survé’s continuing campaign in support of the Zuma faction in general and his vendetta against the Minister of Public Enterprises, Pravin Gordhan in particular and what his newspapers now call ‘Gordhanism’ as they seek to demonise him as a ‘dangerous racist’.

To me, Sekunjalo’s campaign against Gordhan has echoes of the way theCape Times was usedin a proxy war against the University of Cape Town and its then Vice Chancellor Dr Max Price as detailed in the book As by Fire  by Jonathan Jansen and in the thesis of honours student Ricky Stoch.

Allegations by the now-discredited Sunday Timesreporters that Gordhan had illegally set up the SARS High Risk Investigation Unit and that he had illegally approved pension benefits for former SARS deputy commissioner Ivan Pillay were utterly disproved on 7 December last year when a full bench of High Court in Pretoria described the reporting of Rampedi and his cronies as “…fake news propaganda fiction”.

Despite this and despite his repeated claim to be a champion of gender equity, Survé has sidelined Bojé and moved his fight against CR17 and Pravin Gordhan to the nation’s capital by making Rampedi editor of the Pretoria News.

The adverse impact on staff morale that Rampedi’s appointment at the newspaper will have is obvious given his tendency to attack his own colleagues on social media – without the intervention of his employer who commissioned a report about the evils of online abuse in February 2015.

They will be also aware that the new editor has chosen not to appear before the Nugent and Zondo Commissions to counter the allegations of corrupt journalism against himself. This despite the excoriating findings of the SA Press Council and the troubling allegations now surfacing at the Zondo Commission.

They will also be aware that Harber revealed damning evidence in his recent book of Rampedi’s collusion with the disgraced former SARS Deputy Commissioner Tom Moyane to hijack SARS on behalf of the Zupta cabal to the immense detriment of the country.

To me, the sidelining of Bojé adds yet another layer of stain to an already sordid Sekunjalo Independent Media legacy – see here and here – but this is a breaking story.

This is imperative lest the entire press corps in the country be tainted by suspicion and social media innuendo.

It is already a matter of acknowledged record that the SSA, under the command of the infamous Arthur Fraser, illegally laundered R20 million to ANA to further the Zuma faction’s propaganda objectives, something which is reminiscent of the National Party funding of The Citizen during the B J Vorster era. According to the Mail & Guardian Fraser personally signed off on the payment to ANA.

It remains to be seen what 2021 holds for the effectively insolvent Sekunjalo Independent Media and its sister company AYO, which is allegedly paying the salaries of the ANA staff from a fast-dissipating multi-billion rand PIC loan.

At the launch of Paper Tiger in late 2019, one of its authors, Chris Whitfield, said that the Sekunjalo newspapers were not carrying sufficient advertising to sustain them financially.

Furthermore, the Public Investment Corporation is litigating to liquidate Sekunjalo Independent Media because of Survé’s refusal to repay the original GEPF loan and to recoup the billions of rands lent to AYO, a company whose administration is increasingly open to question.

The replacement of the Pretoria Newseditor is not without precedent at Sekunjalo Independent Media when one considers Survé’s scandalous dismissal of Alide Dasnois at the Cape Times,  the equally egregious dismissal of Wally Mbhele at the Sunday Independent and the shockingly-unethical termination of a column by Azad Essa which clearly offended Survé’s Chinese funders.

This is all part of a pattern, as Harber recently pointed out in a Daily Maverick article about the Satchwell Commission’s conclusions:

“As is often the case, those who appear to be dealing with the issues, such as the Sunday Times, are those most prominently in the firing line. One has to be reminded that others – notably Iqbal Survé’s Sekunjalo Independent group – have gone completely rogue, opting out of all industry attempts to self-regulate and deal with these issues. The Sunday Times is at least capable of being shamefaced, whereas Survé has gone out to hire and promote the journalists who were responsible for some of the most shameful episodes of our journalism in recent years. His operation is now the Fox News of South Africa, deliberately spreading misinformation in pursuit of his political and business interests.“

I just hope that, in the end, it turns out well for Bojé and the Pretoria News but, for the moment, its future is bleak and its chances of retaining the credibility it justifiably earned on her watch are non-existent.

* Opinions expressed in posts published on The Media Online are not necessarily those of Arena Africa or the editor but contribute to the diversity of voices in South Africa.

Ed Herbst is a veteran journalist and media commentator.