LATEST NEWS
Home Digital Seven days on Twitter: #HighTea and #HighNoon – A country on the brink

Seven days on Twitter: #HighTea and #HighNoon – A country on the brink 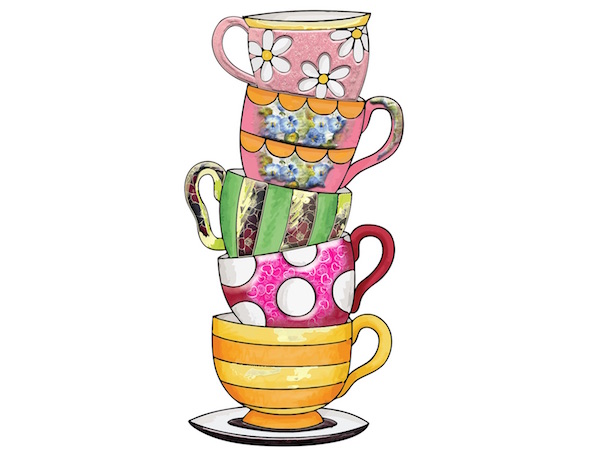 Where do I begin? I find myself constantly writing about the #StateCaptureCommission and I thought, is it just me that is obsessed? Then I reassured myself that everything relies on this Inquiry, everything.

#DCJZondo must show his mettle now and can’t be the nice guy anymore after #Concourt ruled that #JacobZuma has to appear before the commission and has to answer questions properly. #uBaba, in true style, snubbed the highest court in the land and by doing so the sacred Constitution of our country.

I saw a brilliant interview with #StephenGrootes and #PuleMabe. The #ANCSpokesperson couldn’t spin this story not half a circle without Stevovo slicing through the rubbish. What on earth is going on?

#HighTea with #MalemaAndZuma, two perfect thieves drinking colonial tea with an invite that was sent on Twitter – that’s happening at elevenses today and my bet is that the two of them are going to work out how they wriggle out of #Concourt and #StateCaptureInquiry and maybe even the #VBSSaga.

Firstly, let’s work out if you were played. If you think this #HighTea was really organised on Twitter you’re sadly mistaken, that was for YOUR benefit. If you think #Malema is #uBaba’s enemy, you are also mistaken and if you think the “right thing” is going to come out of this meeting for South Africa you’ve been played the Ace of the pack. #GameOver. Talking of Aces, I wonder if he will have scones and jam at 11? If you think that this was orchestrated and might result in a massive uprising in our country, you are still in it to “win” it… not sure that’s the right phrase but you understand what I mean.

Then there’s #MakhosiKhoza’s testimony at the #ZondoCommission; my word I was glued to the screen. In the past, I was sorely disappointed in #Khoza as I wanted her to take my vote, but it turns out this woman is just too honest for politics; it’s now clear why she jumped ship several times, she has a conscience. According to her testimony an #ANCStudyGroup hijacked by #FaithMuthambi, our then communications minister and her cronies, said there is no “conscience” in the Constitution and dared #Khoza to point out where, in these sacred words, it says you should have a conscience.  This after #MakhosiKhoza had called for #DuduMyeni to be reprimanded for flying her mates to Cape Town.

No conscience? In psychological terms I think they say that psychopaths have no “conscience”. I mean seriously? And that wasn’t even the most horrific part of her testimony. She explained how an armed gunman came to her gate as she was driving in and he was dressed in all in black, gloves and balaclava with a gun pointing directly toward her; he was walking up to her and he slipped and the gun fell out of his hand and slid across the street, she was literally saved by divine intervention.

Her children, her home, her work as a scholar and scientist, even her late husband and her marriage, were all reduced to null by the psychopaths. I still haven’t got to the worst of it. #Khoza made it clear that the #NECMeeting about the vote of #NoConfidence in #Zuma was simply a bunch of bullies insisting that all members lose their “conscience” and have to vote in favour of #uBaba.

Given my acute awareness that I focus on #ZondoCommission often, I always bounce my thoughts off my team and while we were chatting and unpacking all this horror before us and naïve Tonya waiting anxiously for Zuma’s court appearance or arrest next week, I was reminded that #uBaba is staying right where he is.

If he goes down for anything, he will take the whole of the ANC AND Corporate SA with him, because let’s be fair it takes two to tender. If he does go to court #Rupert will need more than that #vaccine and #Jooste won’t be paying fractions of his lootings for his freedom.

The #vaccine has arrived, and another batch is on route; the media is filled with headlines that call the vaccine ineffective and some reports of a crowd that sold a bunch of saline to the market. There is a flurry of messaging saying we should be producing the vaccine ourselves, and why are we paying premium price that includes a huge amount of money for transport and storage?

Our Treasurer General says the price is anywhere from R4 to R40, pretty big gap, if I was buying three million-odd items I’d want a firm price. I’ll tell you why we are not producing this in South Africa, we are “owned” because we borrowed half a trillion dollars. Guys, when a loan shark gives out money do you think you can eat first? Come on, of course not.

#ThuliMadonsela got a knighthood from France, why does that sound so sexist? I suppose she can’t get a #Ladyhood, oh heavens now that sounds rude. She graciously accepted as she is definitely a lady of great stature but she is a powerhouse and she’s another one that is too good for politics. We salute you ‘Lady/Sir’ Madonsela.

#Greyhound stopped operating after 37 years, everyone loved #Greyhound and I got really emotional about not using those cool buses again. #SterKinekor went into business rescue, to be fair the brand should have reinvented itself a while back after the introduction of #Netflix and overpriced popcorn, and #Musica shut its doors, another reinvention failure.

Across the waters I don’t want to talk about Myanmar, unless you have a plan then I’m happy to talk. There is no rage for these horrific events because just like #GeorgeFloyd, #BrownLivesDontMatter, except here there are thousands if not millions of people dying in the name of #Racism and #Xenophobia, just keep scrolling, it doesn’t matter.

Are you ready for your ‘cheer up’? I have a cracker, and I love this story so much that I’ve not offered you statistics in my image today but a copy of their ad. There is a group in Cape Town, well, I say a group, I mean four white people with a Facebook page with 21 likes called “W.A.M We are More” or as they would put it:

“WE ARE MORE !!!!!!!!!!!!!!!!!!!!!!!!!!!!!!!!!!!!!!!!!!!!” Exclamation marks are important and should be used liberally. I laughed out loud, but then it got better.  They claim they are the sole reason why CT’s beaches are open because they held a demonstration of four white people with a banner. Their copy claims that they are “Doctors Against Propaganda” and that WAM is supported by “well acclaimed doctors” (that spelling error is theirs, not mine) and they are holding a “Truth over Lies” meeting at “Monkey Valley Resort”.  (I promise I’m not making this up).

When I read the copy on their post, I managed to count 10 different fonts and grammatical errors that would make your eyes water.  One of those “Doctors” is a “Naturopath, Homeopath, Quantum Physicist, DNA Nutrition (they left out the -ist, nutritionist) and Permaculture (alist, Permaculturalist!!!!!!!!!!). They claim they stand for “Diversity” but all I see is white people and they “demand” a lot. The power of 4. Go on make your day and visit their page, careful not to leave a comment though, they’ve worked out how to hide them. You’re welcome. Happy Weekend!