Life and leadership lessons from my garden 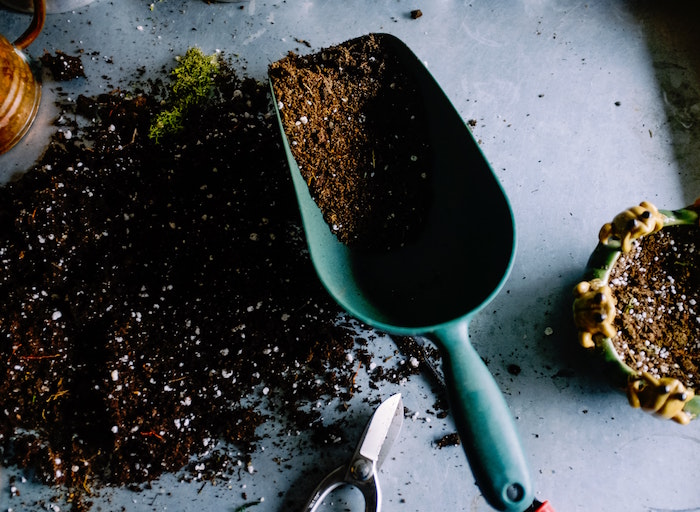 It started with having enough of an overgrown piece of garden at the back of our house. Something that I never understood when I was growing up, was the absolute obsession that my parents had with working in their garden. I couldn’t imagine anything more boring.

But, the overgrown weeds in this area were embarrassing. The best, and only way to tackle something like that, is to just start.

When I started, it was incredibly daunting, and a bit overwhelming. But, I started by pulling out the easier weeds and killing the colony of snails that had found a false sense of refuge in this weed infested wonderland.

As I got to the bigger weed bushes, it got more difficult, and I needed to tap into my Better Half (Mark)’s toolbox. The bushes and roots were a lot thicker and surprisingly more difficult to extract.

All of this time in the garden and hacking away at bushes gives you a lot of time to think and to philosophise. As I was hacking away, I realised that the weeds symbolise issues.

Firstly, we need to recognise that we need to deal with things. Too often, we try and bury things away and hope that they just go away. I think that by doing that it creates a wonderful environment for these weeds (issues) to fester and thrive. The longer we take to deal with them, the more time they will have to establish themselves and the more difficult it gets to eliminate them. The sooner you deal with an issue the better (although, much easier said than done!).

It also does not help to only cut away the leaves and branches. You need to find the root and extract the whole weed. Otherwise, it will just grow back, often, even bigger and stronger. There is something incredibly satisfying about pulling out a weed, root and all. But on the flip side, very frustrating when it breaks off between the root and stems and come hell or high water, no matter how deep you dig, the roots just will not budge! You then refocus on another area for a bit, and the next time you tackle this stubborn root it pulls out with hardly any effort.

Getting rid of these weeds and bushes was hard work! But, every day I could feel that I was getting marginally fitter and stronger. And, even more confident at using the tools at my disposal; which made tackling the roots considerably easier. If I had gone in for the massive bushes first without first dealing with the smaller weeds, I think that I would have caused a lot more physical damage (doing any type of exercise when you are not fit is a major risk and may put you out of the game for much longer, cause frustration so much so that you don’t want to even look at the garden (exercise or issue) again.

Part of my daily morning routine now incorporates 30 minutes of garden work. There is still a lot of work, and yes, I have now successfully built a massive sandpit in the backyard, but there is something incredibly cathartic to start your day with your fingers and feet in the soil.

It’s all good and well to clear things away, but, maintenance is just as important, because chancer-weeds (issues) will find a way to sprout again

As I was looking at the sandpit that I had created, I absentmindedly tugged at a piece of ivy that had taken over a tree in the garden. This act caused a full-blown obsession of getting rid of the ivy in the tree for the next couple of weeks.

If you had thought that the weeds were a big project, then ‘Project Ivy’ was next level/higher grade, a word sum puzzle! With this exercise I had to get over my fear of climbing trees and was faced with two snakes. But my obsession with the ivy was so intense that I barely noticed the height!

The snakes in itself was another key lesson for me. One Saturday morning, just as I was about to climb into the tree and put my hand into the fork of the tree, I was greeted by the first snake. I immediately went inside took a few very deep breathes and thought very hard and carefully whether is was actually a good gardening day, and that perhaps staying indoors was ok. (Isn’t it crazy how quickly we can come up with excuses not to do things when we are faced with challenges!?).

With nerves calmed, I roped in Mark’s help. Snake was still in the tree, and Mark very easily helped to rehome it. The whole relocation took less than three minutes. I know that I would have been incredibly disappointed with myself if I didn’t tackle the snake and ivy. Sometimes the issues we think are way too big to tackle, aren’t issues at all. When I encountered the second snake two weeks later, it was much less of a palaver and I actually worked around the snake for a while before calling Mark for his relocation skills.

Navigating through the tree and wrestling with the stubborn pieces of ivy did make my arms look like I was attacked by a tiger. But it was oh so worth it! If you thought that pulling out a weed by its roots was satisfying, wait until you hack off a massive piece of ivy!

Getting rid of the last piece of ivy was incredibly liberating! It felt like I could breath for the first time in ages. And, it was wonderful to see all the sun shining through!

A gardener’s work is never done. The next mission was to now get rid of the dead ivy branches. Called on the local man with a bakkie and trailer, Felix. Two trailer loads full of ivy later, I could start seeing that the bottom part of the garden actually had a shape to it, and may once have been a rock garden!

Project excavation started…I was very worried that this may have been a burial ground for the previous owner’s pets. Fortunately, no remains in sight! I did however find the most magical things; like these beautiful pieces of an old plate, obviously once used for decoration:

A mass amounts of oyster shells. But my favourite was that every now and again the earth spat up a beautiful round pebbles.

The other day, my garden gifted me silver ring! [Mark has called it my ‘gardering]

I must admit that I am very glad that I started taking photos throughout the process. It’s a good reminder of how much has already been done. Because some days it does feel that I’ve not done anything, but with all things, it is so good to just take a minute and reflect and appreciate how far one has come.

The lessons my garden has taught me: