World Press Trends report: Performance and impact of the pandemic 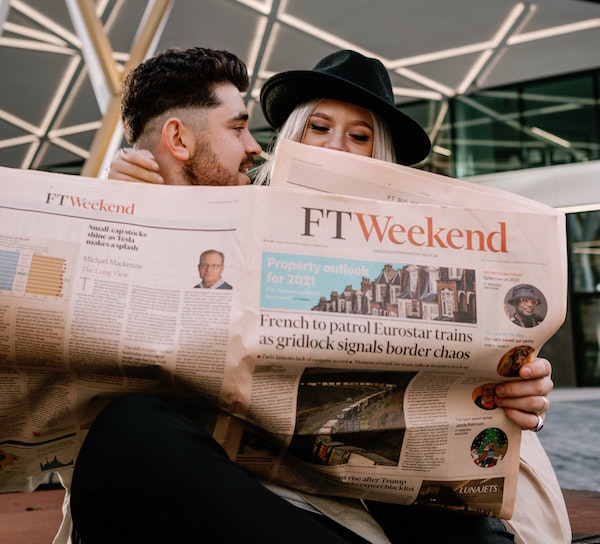 Image: Despite the impact of the pandemic, it’s still worth noting that the news media industry is a R1.67-trillion business, according to PwC and WAN-Ifra analysis

The World Association of Newspapers and News Publishers annual World Press Trends report reveals some key insights about the state of publishing.

Despite the impact of the pandemic, it’s still worth noting that the news media industry is a R1.67-trillion business, according to PwC and our analysis. Nevertheless, the figures speak for themselves…

On average, overall revenue was down by 11%, publishers reported, the same figure reported by PwC.

Print advertising took the biggest brunt of the crisis: down 19.5% globally. Print circulation revenue also took a hit: down 13% (Outlook and PwC).

In our World Printers Forum Outlook Survey, 70.5% of production executives said they have reduced their workforce to some degree since the pandemic began and expect more cuts this year.

Like all businesses across the globe, the way news media will work in the future may never be the same: 87% of publishers say the pandemic has changed the way their news organisations work in terms of workflows, communication and processes (Outlook).

According to our Outlook survey, 65% of publishers think their business will fully recover from the pandemic; 35% do not.

Nearly 60% of publishers (Outlook) say their staff will either work from home or have the option to do so moving forward. Only 5% of our respondents expect to move everyone back to the office, while 16% believe they’ll use less real estate in future.

For the first time in our survey, we asked publishers to share their general cost allocation across the business. Generating editorial content was the single largest expense, accounting for just over a third of all costs (33.5%). Print production and distribution have historically dominated cost structures, but according to our survey, now only make up 21.4%.

Despite the declines in print advertising and ongoing challenges with digital advertising – and the fact that audience revenue has overtaken ad revenue in our reports for the past five years – advertising was still cited as the single most important source of income (27%), followed by subscriptions (21%), single copy sales (10%) and then a cluster of diverse revenue streams.

Moreover, news executives (Outlook) also see the ongoing decline of advertising (30.6% of respondents) as the biggest risk to their organisation’s future success, followed by the inability to diversify revenue streams (21%).

Interestingly, ‘continuing pandemic’ ranked as the third-greatest risk at 12.9%. Also, when we asked this question nearly five years ago, ‘lack of innovation’ was the number one risk for publishers. In this year’s survey, it followed the pandemic with 9.7%.

When we asked publishers about the single most important change that has to be implemented in their organisations in the coming year, accelerating digital transformation strategy was the overwhelming top priority (44% of respondents).

When we asked for top investment plans in 2021, digital paid content was the top choice, followed by tech and data to support reader revenue strategies, developing skills in the newsroom, and product development.

According to Chartbeat, the portion of subscribers among news publishers’ audience grew all over the globe during 2020, as did the loyalty among those subscribers in terms of frequency.

The trust issue and diversity

Edelman released its annual Trust Barometer findings in January last year and, as expected, media ranked last among the four societal institutions (business, NGOs and government being the others) Edelman monitors. It’s worth noting that newspapers get lumped into a broad ‘media’ category.

Printed newspapers, local newspapers and their websites ranked as the most trusted platforms for advertising in WAN-IFRA’s Consumer Trust in Ads report.

Despite the industry seemingly focusing more on the lack of diversity in news media, Reuters Institute’s recently released Women and Leadership in the News Media 2021 study found that only 22% of the 180 top editors across the 240 brands covered are women, despite the fact that, on average, 40% of journalists in the 12 markets are women.

In an upcoming WAN-IFRA report about AI and reader revenue, 76% of respondents to an ongoing survey of publishers said that AI is important to the success of their business over the next three years.

About 55% said they are already implementing AI in some capacity.

5G adoption and implementation of networks globally is starting to take off, which is good news for publishers who have optimised websites, especially mobile content (where the majority of content is consumed today), ad experience and a good volume of video/audio content.

If you don’t have those in order, you risk alienating users and ad customers.

The World Association of Newspapers and News Publishers, WAN-IFRA, is a non-profit, non-governmental organisation made up of 76 national newspaper associations, 12 news agencies, 10 regional press organisations, and many individual newspaper executives in 100 countries. It publishes the World Press Trends report annually.