LATEST NEWS
Home Broadcasting Film The ‘Oscar Halo’: how awards and nominations direct where money goes in the film industry

The ‘Oscar Halo’: how awards and nominations direct where money goes in the film industry 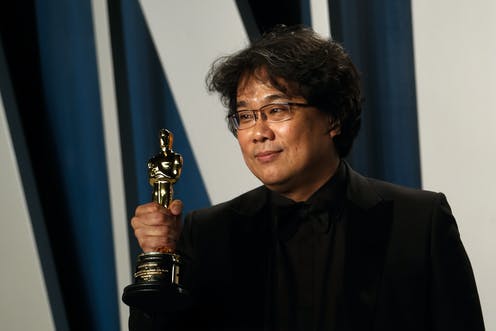 Film awards are more than shiny trophies on a shelf representing the recognition of hard work and talent from fellow professionals. They can have a huge impact on which films gets financed, how much actors and directors get paid for subsequent projects, and can impact whole film industries in certain countries.

Hence, it is sometimes argued that nominations matter as much as the awards, by creating extra buzz around films, directors and actors.

Nominations for the Oscars can add around US$20 million (£14 million) to the total income made by the film. Wins are even more lucrative. The King’s Speech (2010) was initially projected to gross earnings just US$30 million. But after its Oscar nomination and victory for best picture, it went on to make more than US$400 million at the box office. This is because nominations and awards give films extra publicity, which attracts international distributors. This effect is called the “Oscar halo”.

Awards and nominations can also increase the market value of directors and actors. Actors can get a 20% boost in pay for their next film if they win the award for best actor or actress.

For films and filmmakers coming from non-western regions, such as Eastern Europe, South America and Asia, awards have an additional value in putting their country on the “cinematic map”.

Czechoslovakian film made it onto the map in the 1960s when it received two Oscars for The Shop on Main Street (1965) and Closely Observed Trains (1966). These wins attracted attention to the phenomenon of Czechoslovak New Wave and facilitated successful international careers of a few Czechoslovak directors. One such benefactor of this attention was Miloš Forman who went on to direct One Flew Over the Cuckoo’s Nest (1975), for which he won best director at the 1976 Oscars.

Outside of the big awards, winning and even showing at festivals also impacts the wider economics of film. Film festivals are a vital link in the chain of global film culture – one that was missing last year due to the pandemic.

Getting on the festival circuit is important to the success of films, and the future careers of directors and actors. They offer international outreach for smaller or lesser-known films, distribution deal opportunities, reviews in the press and audience attention ahead of big awards.

Awards at festivals add prestige to the presented films and filmmakers and are a means to finance their projects. Festivals are attended by distributors, producers and executives. Distributors are responsible for the marketing of a film. The buzz created around a film at a festival can determine whether a distributor picks it up for a wider public release, often in several countries. This can put it firmly on the radar of awards season.

Of course, not all festivals have the same importance. In Europe, the most prestigious are Venice, Cannes and Berlin. In the US, the best known is the Sundance Film Festival. There is a close link observed between receiving an Oscar nomination and debuting at Venice or Cannes. It is widely believed that Parasite winning the top prize at Cannes in 2019 set it on a path to win the best picture Oscar nine months later.

Last year, however, due to the pandemic, festivals weren’t able to go ahead. Instead, 21 festivals, including Cannes, Venice and Berlin, came together to put on We are One. Streaming for free, in return for an optional donation to the World Health Organization’s Covid-19 fund, it was not quite the same. Awards weren’t given, and few filmmakers, understandably, chose to debut at it. Thankfully, this year festivals seem to be back on for now.

Festivals matter because they help filmmakers to network, get funding and further their career. Films awarded at prestigious festivals have a better chance to get Academy nominations and awards. Cumulatively, festival awards and Oscars practically guarantee a worldwide financial and critical success.

Even during Covid-19, when global cinema suffered due to a drop in film production, a crisis of theatre distribution and cancellation or changing format of many festivals, the 93rd Academy Awards, to take place on 25 April, will still carry their usual prestige. It can be even expected that the lack of pomp and glitz at European film festivals will make these awards particularly attractive to a hungry audience, who will be paying closer attention than ever to see what they should watch, whether by streaming or when cinemas reopen.