Three ways news media can thrive in the new world 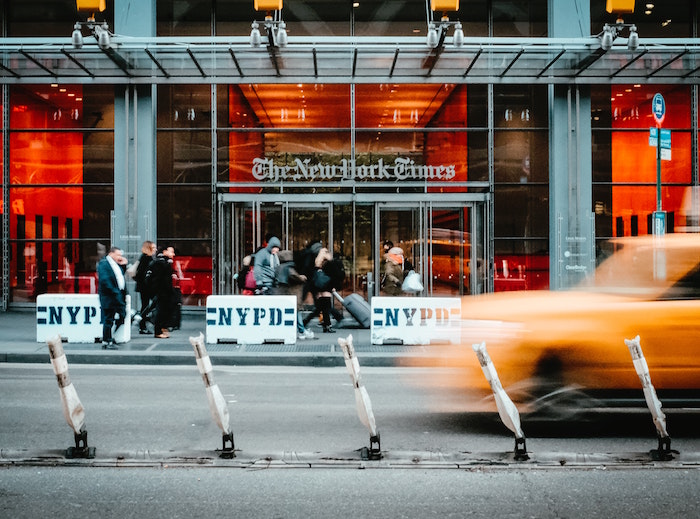 What happens now? This question is being asked inside major news outlets across the US Online and broadcast viewership for major news is down dramatically since the election. Doomscrolling, or the activity of endlessly perusing through page after page on your phone’s news or social feeds, is down as well.

We just don’t need to be focused on news quite as much as we did during the endless barrage of tweets and hyperbole that was the hallmark of the previous administration. When I wake up in the morning and hop into the news sites on my phone, I find myself able to get through it all in 10 minutes rather than the previously designated hour-plus it used to require.

The news is simpler now. It is easier to digest. It is no longer quite as divisive. What do those changes mean for news outlets that rely on pageviews tied to ad revenue?

I read that The New York Times subscription base increased from around 2.5 million to 7.5 million during those last four years. CNN and Fox viewership had both increased dramatically, as had MSNBC and all the rest of the news stations.

I also read, and please don’t quote me, that CNN prime-time viewership is down almost 50% from a year ago. People need a break, but where are they going? What are they going to do with that time, and how can the news outlets still thrive in an age where the news is not so dire and immediate all the time?

… these outlets still have three things going for them: audience, opinion and opportunity.

If this last year has proven anything, it is that the human species can adapt to anything. Never again will I say anything is hopeless. And that goes for the news media. The US government may not be the source of all the angst and anxiety that it once was, but these outlets still have three things going for them: audience, opinion and opportunity.

First off, these media channels have an audience that trusts them. I still do read the news once per day to make sure I know what’s going on, and can have a thoughtful perspective on whatever is happening. Habits are hard to break, so just knowing that I (and may others) still come to these outlets daily gives them a chance to hook me.

Opinions matter, whether you want to like this or not. Many news outlets have, if nothing else, people working for them who have LOTS of opinions.  People tune in to hear what these pundits have to say, for better or for worse.

Opinions attract people. It’s one of the reasons so many people watch ESPN Sportscenter endlessly (myself included). We can get the sports news and highlights anywhere online these days, but we like to hear the opinions of people including Todd McShay and his mock drafts for the NFL. Opinions from other people are interesting and they help us all form our own opinions. This is not going away anytime soon.

Lastly, news outlets have  a very specific opportunity. They are trusted by their audience and they are able to convey a point of view. They can also educate people to look at both sides of the arguments and be less one-sided.  News media has an opportunity to raise the level of everyday education for the masses.

The single biggest challenge facing the United States is a lack of quality education, and the news media could help if they so choose. People come to you for insight — so give it to them. If you can take up that mantle, you could have a positive impact on everything that happens from here on out.

Here’s to the future of the news media.