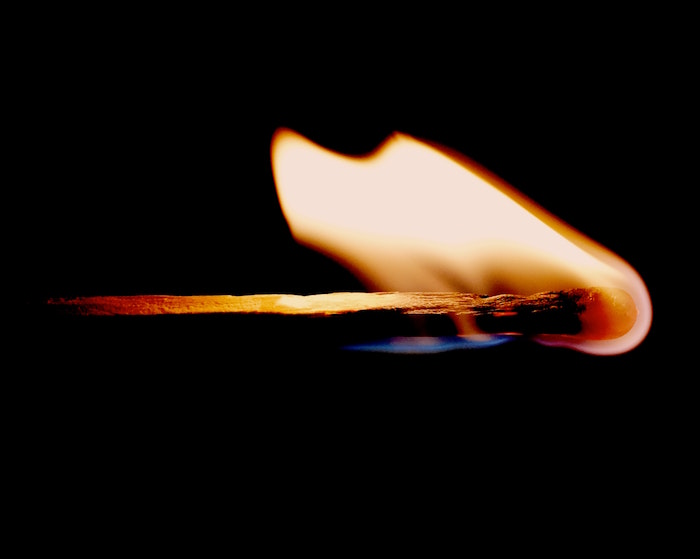 Last week I wrote that Zuma’s arrest was an anti-climax. I have eaten my words; they were as bitter as they were dismissive. And now, I don’t know if words can do justice to the shockwave that unfolded in our beloved country over the past seven days.

#CryTheBelovedCountry. What I know for sure,is that my days, hours, minutes and seconds have been consumed by a surreal, unbelievable, ridiculous and horrific horror movie – #SouthAfricaIsBurning. According to the Acumen Media systems, mentions numbered over two million results in less than seven days.

You would be forgiven to have initially thought, that the unrest (specifically in KwaZulu-Natal) was prompted by #ZumaArrest. It’s not true; well let me clarify, it is true, but it was not civilians who triggered this nightmare. We saw #KZNUnrest, and watched in alarm as buildings, factories and key industrial businesses were burnt to the ground.

The #looting that started in #Durban and surrounds was weird from the beginning. Although we understood the #looting, we didn’t understand the obliteration, and we most certainly did not understand why the targets included manufacturing houses, ports and factories. What also didn’t make sense was the precision and synchronicity of it. Everything started burning at the same time in a province that stretches across horizons.

The Molotov cocktails landing on the roofs were a little too well-timed and aligned. And although something was off, we ran with it. We let the chaos envelop us and we crashed through a gushing volume of news and social media that was simply implausible and tore the provinces down to the ground.

We begged for the president, but he took far too long and when he finally gave his speech, there was no #ThumaMina President, no #NewDawn President, no #Lockdown Commander in Chief dressed in military uniform, and there was no fluctuation to his monotone voice. I was scared. The President extended Level 4 and said that the army would be deployed. He also said, “This is not South Africa”, but he said it as a man defeated, a man with his head hanging on heavy shoulders.

Enter #BhekiCele and I rubbed my hands. I thought now we are going to see action … take it way Sir!  And instead #Cele read notes – he read from a piece of paper. Have you ever seen that? I haven’t and I hated it! At one point, social media was showing how his mask had covered his eyes and face earlier, almost like a subliminal message to the nation. Was he being gagged? Now I was really scared. Was there, dare I say it, a coup d’état?

I turned to the #JacobZumaFoundation and all the #ZumaCronies to see what their messages said, and it was this: “Well done guys, burn it, burn it to the ground and take the whole lot down to pieces”. In fact, their likely presidential candidate #DuduzaneZuma, told us two things in a viral post.

One, he was not on social media (I say again viral post) and two, that people should #LootResponsibly. I can’t even believe I wrote that or said it out loud. #LootResponsibly! Are you for real? Great leadership right there. I can’t leave #DudizileZuma out of this. Bheki #Cele said he is investigating at least 12 instigators of this war on South Africa, who used social media to incite violence. As a media monitor #MinCele, I can tell you exactly who they are: both are Dudus (Jacob couldn’t make up more than one name, he was too busy planning a war).

This was planned, it was war

Both mainstream media and social, started reporting about the orchestration of the “unrest” (now reading more like guerrilla warfare).  “Protesters” had hit targets in KwaZulu-Natal – a vast province – with the timing and precision of a Swiss clock!

This was planned. It was neither #ZumaSupporters, nor an uprising of a #ZuluNation to defend Zuma. This was a war. A war against a seated President and we South Africans were mere pawns. South Africans arrived en masse to destroy their own food and production lines, and we did it happily. #YouveBeenPlayed

Was our President even in charge? Were we seeing the impact of a #ZumaCoupAttempt? Social media most certainly thought so. The President deployed 2 500 troops to defend us. What an insult: 70 000 were used to lock up a country that was happy to comply, yet when we are burning you send a handful?

I was incensed. It turns out that we needed double that amount, which would still be an astonishingly low number for the chaos we were watching unfold. We stopped holding our breath for a minute and as the army arrived, along came something bigger than bravery: enter the key to each South African success story – ubuntu. The realisation that looting would bring only more poverty, and that a feast today is famine tomorrow, gradually set in.

And then the most extraordinary thing happened, and although I don’t want to accredit the miracle to one person, but if I have to, #NhlanhlaLux is a hero of such magnitude that he should be given keys to the country. I would vote for him, today. This gentleman (apparently a social media influencer for township enterprises – my ignorance is disgusting) stood up and said “Enough!”

He said that this nonsense stops with him and it should stop with every individual. He said this as he was standing outside the gates of #MaponyaMall. He said he would die for his township and never allow what happened to the other malls happen to the Big Elephant of Maponya.  He called on all South Africans to come out and defend the supply chain, and stop allowing our land to be used as a political playground. #JabulaniMall had been torn to shreds hours before, and it wasn’t happening on #NhlanhlaLux’s watch.

A word on #JabulaniMall. It happens to be across the road from a police station, where the day before, six policemen stood and watched the looting horror unfold and did nothing, except that they did that “nothing” on live TV.  Imagine when the camera panned behind the journalist, and there was a police station behind him … Why didn’t they deploy a water cannon? Just one water cannon would have put an end to the incineration of a quintessential place in Soweto.

It didn’t take South Africans long to work out that what we were seeing unfold on our streets was organised, very  organised and #WeveBeenPlayed.

Then after an #ANCNEC and the #ANCNECLeaks, which confirmed they were never ready, and after they had read the room, the ministers took to the streets. They popped up all over the place, and the places they went to were the hot spots of violence, unrest, looting, devastation, destruction, death and disaster. Even #SihleZikalala lost it and was seen on video giving someone a hiding. #Makhura and #Mbaks were quite impressive, neither taking prisoners (literally) but still giving it stick on the microphones.

If we needed more reassurance, and we did, #Buthelezi hammered home that this was not a #ZuluWar. The Zulu King addressed the nation and said this should stop immediately, and also to exercise ubuntu when it came to the Indian community in KwaZulu-Natal. A word on his speech though, without being disrespectful, had we not had Prince Buthelezi, we would not have received a clear message from our young King. What a weight he has on his shoulders, and I can’t imagine the pressure he must be feeling.

I often wonder why we enforce formalities like written speeches on a nation that doesn’t use it in everyday life. Can the King just talk? Just talk, your Majesty. Mr President, that means you too. No more fancy English, just talk – be clear, show leadership, passion and tenacity.

Yesterday we saw the true heroes – the unemployed – taking to the streets; cleaning up the aftermath of a catastrophe; sweeping South Africa up, and tossing it in a pit. The military confiscating goods, taxi drivers going door to door collecting stolen goods, police putting whatever they find in containers. And now what? I have no idea.

Taxi vehicles formed chains around shopping areas, security companies assembled human chains and barricaded the smaller towns. Ordinary South Africans came out in their numbers to protect what was left after this devastation, and with that, it was almost a kumbaya moment. The whole country stood up province by province and said #NoToLooting.

Today, as I close this report, there are reports of vigilantism going wild in Phoenix’s streets; in fact social media want you to believe there is a #PhoenixMassacre. These messages are coupled with the message #GoToPhoenix, so yet again I feel like #IveBeenPlayed. Are we going to play the race card now? There was no racism here until late yesterday. Smacks of a plot gone wrong.

On the ground, the provinces are struggling to keep up with food supply. Llimitations are put on stockpiling and some towns have run out of bread, medication and fuel. The instigators’ plan worked, but not for long. Yes, people are hungry, but they are not stupid. A little slow in the uptake of the games that these politicians are playing, but certainly not stupid. #WeWerePlayed

Mr President, President Ramaphosa, Uncle Cyril – the war has been confined to Gauteng and KwaZulu-Natal and we have risen as citizens to fix it ourselves. If you ever needed a clear, solid answer from your country, this is it: We will not be played and if you would just step up, cull your cabinet, admit any wrongdoing, and pay back any money you took (you have too much anyway).

If you do the right thing, we are all behind you. Don’t believe that these bunch of thugs are as powerful as you are leading us to believe. We are South Africa, we do things differently and if you don’t get that by now, you are missing a momentous opportunity for the future of our country.

#YouveBeenPlayed. You know who they are, step up and reshuffle like a boss. And by reshuffle, I mean, out the door into the cells. Take our burning flag out of the ashes and raise it high!