Saving journalism: views on how to pay for reliable information 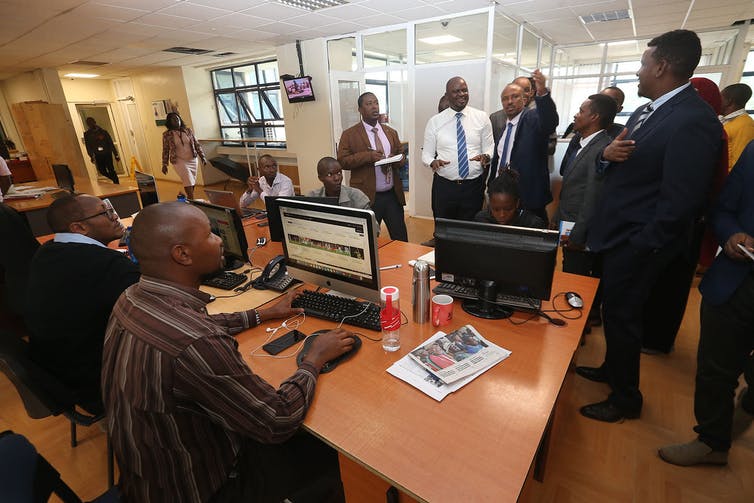 Twisting the knife in the wound, the financial pressure on media organisations has been worsened by the COVID-19 pandemic. In the US, for example, at least 21 local newspapers merged and about 1,400 newsroom staffers lost their jobs. African journalism also felt the economic impact.

Without journalism, the foundations on which democratic societies operate will be weaker. Public and private institutions and their actors will be less accountable in their use of power.

A year ago, a team of researchers at Columbia University published a report assessing interventions and new initiatives to sustain journalism. Now this team, including myself, has gone back to assess the status of the promising measures we documented. We’ve also looked at worldwide strategies that show promise in stemming declines in revenue of media outlets and loss of journalism jobs.

Many countries are experimenting with different forms of government support and policies but the question is what works best and is sustainable in each context.

In our earlier report, we found that there was a big appetite for sweeping changes in the business of journalism. Several funding organisations we spoke to in 2021 had made significant progress in 2020 with their support for quality journalism. Some had increased the amount of funding; others had extended funding to more media outlets.

Globally, there is experimentation with different forms of government support and policies. Indonesia gave a series of tax credits to local media. Australia’s News Media Bargaining Code channelled hundreds of millions of dollars from Google and Facebook to different journalism outlets.

The people we interviewed for our latest report agree these interventions are necessary, though they believe that there is no perfect fix for saving journalism. The economists take the pragmatic view that in the absence of detailed data showing what is the most effective, interventions are worth pursuing as long as they are not harmful and can garner support.

We found more divided opinions in the journalism community. Some felt governmental support for journalism was crucial. However, when compared to niche players or digital startups, the larger, established outlets benefit more from many government programmes. So the bigger outlets are more in favour of government intervention.

Smaller outlets, particularly in Africa and Latin America, had genuine apprehensions about governmental support. Some felt that government subsidies and tax breaks wouldn’t help small outlets. Others expressed concerns about the potential influence of government on media reportage.

Yet they were open to accepting money from large foundations, foreign governments and tech giants. Some sub-Saharan African journalists believed that supporting quality information was of secondary importance to governments and the public in a region where so many basic needs were not met.

African journalism felt the economic impact of the COVID-19 outbreak. Ghanaian media houses lost a third of their revenue. Journalists faced layoffs, while some newsrooms had to cut back, close or put staff on compulsory leave. Some fear a media extinction event is inevitable.

Most outlets in Africa received little governmental financial support. African journalists competed with journalists in other regions for donor funding. Most government support available was not media-specific. In sub-Saharan Africa it was mainly in the form of personal protective equipment.

Likewise, much of the support that came from media development organisations and international donors was in the form of capacity-building training to help journalists cover the pandemic effectively, and to support educational programmes.

Our interviewees believe that substantial investment is needed in finding systemic solutions to make journalism sustainable. Government support and donor funding could be useful, even though some have reservations about it.

There is a perception that donors support journalism purely to buy goodwill. As big tech companies lobby governments to shape new regulations and intensify their giving where they fear regulation, or are being required to pay local news publishers for news content liked on their platforms (as in Australia), these concerns seem to be justified.

We believe that journalism can’t depend on the unpredictable philanthropy of tech companies. There are also questions around their possible influence on journalism content. Some of our participants suggested that to stem big tech’s possible control of media outlets, big tech must be made to pay more taxes, partly to support journalism.

Looking into the future

There is consensus that the amount of money needed to save journalism is not huge. Estimates are as low as US$1 billion a year. As a participant said, it is important to look from the ground up.

Systemic solutions like tax on tech (earmarking the revenue for journalism), a levy on turnover to support public interest journalism, government subsidies and tax credits may be useful without interfering in the work journalists do.

Additionally, African countries can take a cue from the Australian Code. They can build consensus to negotiate a good deal that African media will benefit from. The technical, moral, and economic support of competition regulators across countries will have a radical bearing on how negotiations turn out.

For donors, criteria like public trust, relevance and meeting basic information needs can guide which outlet to fund.