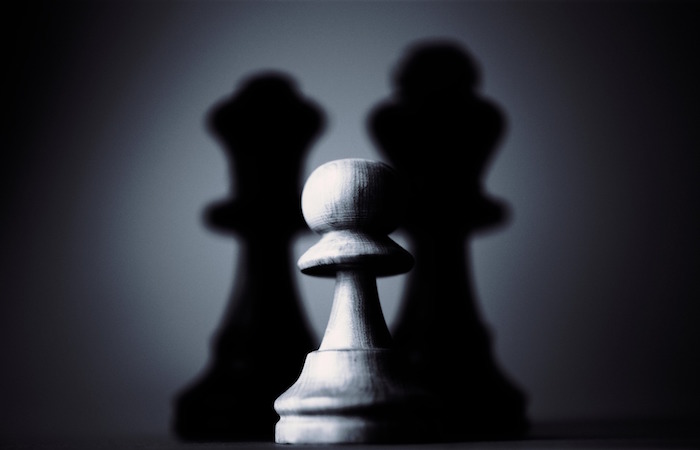 It seems our President’s game of chess has started to take pawns, real ones, ones whose names we know. #BathabileDlamini.

Scratching the Surface with a seven-day Acumen Media Report by Tonya Khoury.

You’re here to read about #Ukraine and #Russia, right? I’m afraid I can’t help you as much as I would like to.    #Ukrainians are heroes. Everyone condemned the situation. No one actually helped. Unless you are thinking that by putting #yellow and #blue on your timeline made an impact, you did nothing but watch a narrative that consumed all news media.

#Slacktivism, the bit of your ego that thinks you actually make an impact through your profile picture, you don’t.  #WhileYouWereSleeping the only thing #ukraine got was all the airtime in the world. You have been glued to the Western narrative because there is nothing else in the news so I’m being unfair to those of you who posted a picture or a profile banner. There’s not a lot else you can do.

If you would like the same story told from Russia’s perspective, there is only one outlet to rely on. I’ve said it before though – I’m not sharing. It will be shut down soon. However while it is still churning news the narrative is completely different. The war is almost over. The job is done and now the refugees are welcome in Russia and then will soon be able to return to their war-torn country.  Russia found the biological weapons and they’ve taken the key cities.  People died, lots of them from both sides, all media got that right. It wasn’t a war won on combat, it was a war won on oil and gas. Putin’s response to the sanctions was to do nothing and the NATO clan got a hiding. The West panicked; they called the Saudis but the Saudis didn’t answer the phone. Here we are folks, two million refugees later and greed – insurmountable greed – won the war.  Well greed, and a great deal of media mayhem.

I am furious with the journalists of this planet; it seems like there is simply no journalistic integrity anymore. The only thing that counts is how fast you can break a story and how punchy your headlines are. It’s far more important to take the media and confuse the hell out of the audience. Not a single narrative matches from BBC to CNN to Al Jazeera. They reported that Chernobyl was leaking radioactive material that was going to impact on the Ukrainians, but about 15 minutes later we were told that this is a harmless leak that’s been there for years and it is under control. We heard of the disgusting bombing of a maternity ward; who even does that? Well, everyone actually, just look at Syria and Palestine.

There is an idiom in public relations, ‘Never Waste a Good Crisis’.  It means if you must publish terrible news, wait until there is a much bigger story and the chances are no one will pay attention. Let me tell you what you missed #WhileYouWereSleeping in your #WarComa.  et’s keep it international for a second as we seem to be so interested in international affairs.

Prince Andrew, we call him Andrew now because he was stripped of his title, paid #Giuffre, over seven million pounds to forget she was raped as a child by a pedophile and not a single world leader blinked.

#Pfizer dropped the biggest bomb of all #WhileYouWereSleeping; they delisted. Why? Well here in South Africa speculation is that it’s because of the official data of #VaccineSideEffects. Basically, for the layman, they took the money and scarpered.

If you want to talk about wars and world events. This week alone Libya had  a new government imposed upon the people, there was no vote. Syria, Lebanon, Palestine are still calling the world for help but no one is listening. It’s not important. #WhileYouWereSleeping Somalia and Sudan scrambled and rioted for food. These nations are literally starving, but you keep watching how they played the piano at the Poland border for the refugees. #MediaComa.

I don’t want to rabbit on, so I’m going to leave the international press now and let’s bring this home because our local media is easier to verify. After all we still have the truth seeker, social media.

Wow #Eskom, just wow. Here in Sodwana we are in our third day without power and I’m only writing this because our landlord has a generator to end all generators, he’s a life saver. I guess this is what they call #StageSix, the place where no one gives a second look. #SleepingOnTheJob.

Ukraine and Russia’s war has a major impact to the world, but here in South Africa, it may literally be the straw that breaks the heavily burdened back of our nation. The #FuelPrice. I remember when I worked in the matrix in Johannesburg, my fuel bill was more than my food bill by a mile (or a kilometre if you will) and I am eternally grateful that my longest trip today is anywhere between 6kms to 10kms dependent of the which destination, sea or shop. A tank lasts me a month where in Johannesburg I was filling up twice a week.

#WFH never became more economical. I can’t imagine the impact on our nation that is trying to get to their place of work that has no lights – not even one at the end of the tunnel. Eskom announced #Stage6 – is that the mark of the beast? I saw headlines of how the economy loses R17 million rand per hour of #loadshedding, over a week that is R700 million over a month that’s R15 billion! This is simple mathematics. Imagine what we could do with R15 billion – some serious and excellent solar work. Come on!  This is not difficult, here comes the sun! #PowerNap

Headlines exploded when #RaymondZondo was officially announced as the new #ChiefJustice. The man who couldn’t put Zuma away but a man we consider a South African hero for his tenacity and endurance is now in charge of the highest court in the land. This was the decision of #Ramaphosa and it was contrary to the recommendation to put #JudgeMaya as top of the chain. The rumours are making their way that she will take the position of #DCJ. I like that team. I really like that team. #StuffDreamsAreMadeOf

Which leads me to more good news; it seems our President’s game of chess has started to take pawns, real ones, ones whose names we know. #BathabileDlamini. Remember her? She headed up #SASSA and she was quoted as saying: “All of us in the NEC have our smaller (nyana) skeletons, and we don’t want to take out all the skeletons because hell will break loose.”  Well, the grim reaper has arrived, #Dlamini. The court found that she was guilty of perjury. The sentencing is still to come. Bathabile is  a massive name from a rotten pot of gangsters. Let’s hope this domino just clips the edge of those lined up to fall.

#KehlaSithole went down last week and #Cele came out to give him a mouthful. #BhekiCele ,he didn’t take off his hat; no need, there’s no respect earned here.  Mkhwebane is also about to tumble like a deck of badly stacked cards as she runs out of court options. But the #RoyalFlush is still up for grabs as #Zuma tries another Stalingrad tactic aimed at removing #Downer. He is not going to win, though, the #SupremeCourt is bound to do the right thing.

Are we finally making progress South Africa? #WakeyWakey. #Ramaphosa was also endorsed for a second term, so let’s hope he is bringing his game face because this is one hell of a game of #RussianRoulette. One thing he did do that made us raise our eyebrows: He sold a single cow, a Nkomo, for R2.1 million to his brother-in-law #PatriceMotsepe. #BadDream

No need for grandstanding and hate

I want to talk about #NhlanhlaLux. I had fallen in love with this man. You may not remember but Lux saved Jabulani Mall during the #Insurrection.  He was the pill that made the looters rise from their fury to the realisation that looting today meant starvation tomorrow.  In my opinion, he was the reason South Africa said:  #NotInMyName. This year though, Lux has changed his narrative, I hate to say it but I suspect he has been bought.

He championed a movement called #OperationDudula, a xenophobic narrative with dire consequences. A mob of several hundred armed rioters congregated at a centre in Alexandra, unemployed, wielding weapons. Angry with foreigners they accuse of taking their jobs. “Foreigners, go home!” was the clear message as #Xenophobia rocketed again last week. Sure, I get it; there are a great deal of people from Zimbabwe specifically here in South Africa, a bit like Ukrainians flooding Poland. It is the impact of bad leadership. I also agree that the work opportunities should sit with a priority for South Africans, but do we need pangas guys? Can’t we just call the Labour Department to task?  This is just admin, no need for grandstanding and hate.

I read an endearing and horrific story about #Baragwanath. Nurses club together to buy mielies to feed the patients at the hospital because there was no food. Then the hospital staff went on strike. People will probably die, but you keep hitting the snooze button.

There was other news. #HelloDarlings was a story that calls for #DeviSG to start kicking some doors. A woman called #TasneemMoosa used a travel scam to liberate many clients of millions of rands. She’s shut down all her social and media sites and she’s bailed with the cash, #TahTahDarlings.  Can someone please call #DeviSG?  We need her to kick some doors please. Devi, luvvey, while you’re at it can you please check out that Sandton #TinderSwindler too. #ScamSlumber

Let me cheer you up. There is one story that I’ve left for months, mostly because it was so absurd and I didn’t want to give it airtime: the #LicensingDepartment. One machine services the entire country. One machine. It broke! Did we fix it? No, we can’t fix that, you see out of 40 million people not one person is capable of maintaining or even inventing a machine like this. Apparently only the Germans can come up with that #voorsprung. Fast forward five to six months and the machine is back. Well when I say back, I mean the machine is backlogged. Did we make contingency plans over half a year? Of course not. You dreamers.

The good news is if your licence has expired, you don’t need a tank of fuel. Told you I’d cheer you up.

I’m Tonya Khoury and you’ve just scratched the surface with Acumen Media. Follow us on YouTube for a light-hearted video version of this report.