Has the advertising industry lost its way? 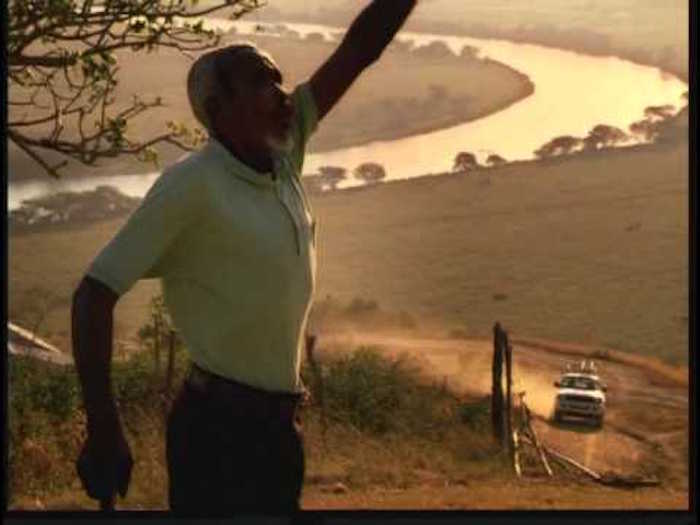 The advertising industry is in crisis. Many people hate ads and as some research is telling us, ads have lost their effectiveness.

According to popular narrative, South Africa’s most memorable and impactful TV adverts were made between the 1980s and late 1990s. It was a time when ads like Sasol’s Ama-Glug-Glug and Telkom’s Molo Mhlobo represented more than just a visual marketing tool to sell a product. The ads of this era had meaning, they inspired and shaped culture and played a vital role in unifying our nation.

Sadly, today South Africans are subjected to fake, over-processed, over-stylised and severely photoshopped pieces of communication with curated and exaggerated perspectives of life. It is quite concerning that for an industry that spent R47 billion in 2021 in media alone – which excludes agency fees and production – that what we see is mostly wallpaper that neither builds brand love nor delivers on its effectiveness.

Despite the changing media landscape, left-brain thinking and short-termism may have something to do with it. According to the Lemon Report produced by System1 Group’s CIO, Orlando Wood, culture over the years has fluctuated between left-brain and whole-brain thinking and currently we are in a left-brain focused period of culture. Because the left brain’s primary tool is language, the ads use prominent voiceovers, monologues to camera or regular metered prose. Words would then obtrude upon the visuals, spelling out what you should be thinking and how you should be reacting to what you’re seeing. It shuns things that only the right brain understands, so there is no room for characters, betweenness, dialogue or drama.

During what was revered as the Golden Age of Advertising (1960 to mid 1990s), creatives produced top quality advertising with the highest production values. It required exotic locations, famous names, brilliant film work, masterful special effects and seamless editing. While it took time and required large budgets, the results were impactul and long lasting.

In the last two decades we’ve seen many of the independent South African advertising agencies disappearing, being acquired by major international holding companies such as WPP, Omnicom and Publicis. It’s estimated that almost 80% of the industry is now in foreign hands. These companies were built on the idea that by putting all the capabilities of the marketing and advertising ecosystem under one roof – creative, research, PR, media buying and planning, digital production, and social media – they could act as a one-stop shop for the world’s largest marketers. What this has led to is a marketing-driven approach to drive profit using short-termism as a strategy.

On the flip side, the move to digital media has also seen more people moving away from traditional outlets such as TV, radio and newspapers. Streaming services such as Netflix and Amazon Prime don’t have any adverts, and realising they were not reaching their target audiences advertising budgets were spent where audiences and especially young audiences now go – online and especially on social media.

It’s thought that our attention spans are shortening with so many digital channels competing for our clicks that we cannot focus for too long. Marketers therefore encourage short-term sales activations which focus on productivity, standardisation, repetition and risk avoidance. This not only hurts creativity and creative effectiveness but it ends up squeezing agency fees and profit margins. Adverts then tend to look flat, with no depth or perspective and no backdrop. The people in an ad then also tend to be devitalised, expressionless and presented as statues.

Advertising has the power to challenge the status quo, especially in South Africa and address issues like racism, diversity and representation, culture and inclusion. With digital media here to stay, it’s crucial that mindset needs to shift to finding the balance between long-term effectiveness and short-term demand.

On the verge of change

Moving forward, I do believe we are again at the verge of change. Consumers are demanding brands become more authentic, placing social and environmental considerations at the forefront of their buying decisions. Brands will need to consider their purpose and ensure that it connects to culture. The Edelman’s 2018 Earned Brand study refers to consumers being “Belief-Driven Buyers”, where they choose, switch, avoid or boycott a brand based on where it stands on the political or social issues they care about. This will give marketers the opportunity to inspire and uplift society.

Traditional media is making a comeback. While the closure of Associated Media Publishing (AMP) and Caxton Printing and Publishing came as a complete shock, many magazines are hanging on. And what we have seen with the printed newspaper industry is that it has become quite divergent.

Some sources say that local newspapers are now the dominant force in the print media landscape where they used to be the small players. It appears that consumers perceive traditional media channels as more trustworthy than online media. With the worry of fake news and how quickly things are posted and shared online, people find it harder to trust what they read digitally.

It ultimately boils down to brands and marketers understanding who their customers are, what they do and what they love. Because we know that consumers are always looking for engaging content, the key is then for advertising to tap into culture in a unique way.

Creativity that is informed by culture turns heads. Advertising needs to prioritise on craft and getting under the skin of the mainstream and create memorable characters and situations. It is widely noted that effectiveness is a consequence of brands investing in the creation of an on-going support for distinctive brand assets and collections of assets into fluent devices over time.