Sparrow and Hart: A wake-up call for companies 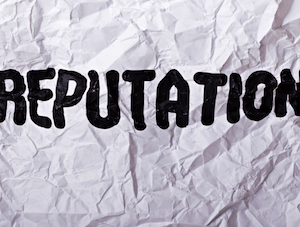 No one wants to start a new year on a sour note. We all always wish and hope – sometimes we even make plans – that the New Year is better than the previous one.

I couldn’t help but spare a thought for Standard Bank when we all woke up earlier this month to news of their economist Chris Hart posting a racially offensive tweet.

Hart tweeted: “More than 25 years after Apartheid ended, the victims are increasing along with a sense of entitlement and hatred towards minorities…”

He has since apologised and the bank has suspended him pending an inquiry into his conduct.

I also had some sympathy for Jawitz Properties when a former employee, Penny Sparrow, infamously went completely mad on Facebook calling black people monkeys. She has since issued an apology more ridiculous than her insulting post.

Both Standard Bank and Jawitz had nothing to do with the foolishness and the offensive deeds of Hart and Sparrow. Both are decent, proudly South African companies. Of course they are not angels, but they are making good strides.

But as an editor friend of mine always reminds me, the fact that you are a vegetarian, does not mean that the bull won’t attack you. Standard Bank and Jawitz are collateral damage in this case.

Recently a major funeral undertaker was in the news because allegedly body parts were found at one of their branches. They called me for advice.

Generally people in my trade would have offered conventional advice of managing the media and lessening the blow. I didn’t. I offered this organisation something bigger, a chance to influence its people.

For the record, they are still thinking about my offer. Let us hope the penny would drop when they next suffer a Hart or Sparrow moment. But that is beside the point.

We all know how organisations, corporations and companies take employees on team building excursions, invite motivational speakers, climb mountains, solve puzzles and sometimes even enjoy a bit of stand-up comedy, all in the name of creating a better work force and to improve performance.

That is well and good. After all good organisations need to have a well-motivated staff to perform well. There can never be enough motivation.

But I have been talking to a few CEOs and other business leaders and telling them that there needs to be a regular feature in most organisations each year, and where possible, twice a year. And that is Reputation Management.

The craziest thing about human resource policies is that most of us get to know them the day we are fired or we commit an error like Hart and Sparrow. Only then do you get to know about the online policy, the sexual harassment clause or indeed about the lifetime secrecy code.

I have argued that at least once a year staff must be addressed on matters of reputation. They have to be told about why every action they take (or do not take), every word spoken, during or after their employment, can have major repercussions for them and their organisations.

Words spoken by former presidents have been known to affect their countries long after they left office. Sometimes the stock market reacts to a snide comment made by a former finance minister.

It is commonplace now that we woke up yesterday to all sorts of unflattering commentary about Standard Bank and Jawitz. It did not matter to a lot of people that Hart is but an employee and Sparrow is a former employee.

In this case, the bigger brands are Standard Bank and Jawitz. Commenting about the two idiots without using the names of the companies they work for, is hardly going to make headlines.

Employees must be educated on all sorts of reputational dangers lurking about. Hiding these in HR policies is not helpful. Employees need to be always reminded that whatever their views, assumed fame or importance, they are not bigger than the organisation.

If you are associated with any organisation, you have to be told, and reminded at all times about why the organisation must be saved from your anger, banter, rants and self-importance.

So as organisations plan yet another weekend away to prepare for 2016, do not drop all the other activities, just add one more crucial one: reputation management.

Because reputation management is what we do before. What happens after is crisis management.