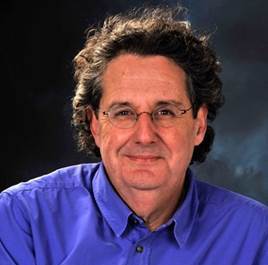 e.tv and it’s parent company, eMedia Investments, have announced changes in management, including the appointment of veteran journalist Anton Harber as the editor-in-chief at eNCA.

Speaking to TheMediaOnline, Harber said, “I have taken a two-year leave of absence from Wits to do this and intend to return to the Caxton Chair at Wits then.”

Other movements include Maxwell Nonge, MD of free-to-air satellite provider OpenView HD (OVHD), being named as the new chief technology officer of eMedia Investments. His position at OVHD will now be filled by Patrick Conroy, the MD of eNCA.

In a statement eMedia Investments said the changes were made “to meet future opportunities and challenges of the media group”.

eMedia Investments Group Chief Operating Officer, Mark Rosin, said of Harber’s appointment, “Anton’s extensive experience in South African media will allow him to mentor and grow the future leaders of the television news industry. He is a seasoned journalist, experienced manager and highly respected professional. We are thrilled to have him join our group.” Rosin said Harber would lead e.tv’s news division on a fixed term contract.

Nonge previously worked in the telecommunications industry, holding senior positions at Sentech for many years and he oversaw the launch of OVHD back in 2013. In the same statement eMedia Investments commented on his expertise saying, “His knowledge and technological experience will allow him to leverage technology across the group and take advantage of the rapidly changing media environment.”

Commenting on Conroy’s appointment, Rosin, said, “Patrick is really strong operationally and has a deeply developed marketing background. Since 2005, Patrick has built a news company and a management team which is world class. We believe he has the skills to capitalise on OpenView’s success to date and also to build the platform’s revenue generating opportunities. He will also look to explore a new content marketing opportunity which we believe is important to a rapidly evolving media environment.”

While serving in his new role at eNCA, Harber will also continue in his role as Caxton Professor of Journalism at the University of the Witwatersrand.

A Group News Editor still needs to be appointed by eNCA.

All appointments are effective from 1 March.

A recent post by The Media Online spoke about the financial position that the broadcaster finds itself in, particularly after some high profile departures and ownership changes.