New Varejes company goes to Nfinity and beyond! 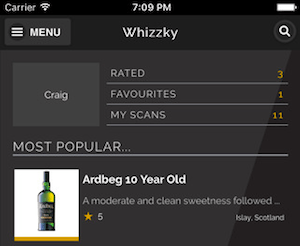 The event was a very well attended gathering, which saw media industry elite come together. It was hosted by ventriloquist Conrad Koch and entertainment was provided by the ever controversial puppet Chester Missing, who came in white face.

After the entertainment, the details of the new business were outlined. Nfinity is a collection of six companies that Varejes acquired. These include Whisky Live, The Salt, DOOH TV, Golf Unlimited, Brand a Tuk Tuk, and UR UP!

In an address at the event, Varejes said, “The approach in the short term, say two years, will be slowly slowly and then very quickly… We want to build the business into a massive OOH and digital company”.

He stressed that in the near future the focus will not be on throwing cash around, but rather being more circumspect, and having a big focus on driving what the business does. He also explained why the six businesses were chosen to be a part of Nfinity, as a result of him wanting great innovation and him identifying those businesses as ones that will provide just that.

“Disruption is the trendy element today, you have to be disruptive and innovative, but to be honest that’s what I’ve been doing my whole life. These companies are very focused on that,” he said.

Whisky Live was bought from Primedia and sees whisky festivals taking place across South Africa, with the largest one in the world taking place in Sandton. An app was also created, called Whizzky, where consumers can scan any whisky bottle and it tells them all the information about it.

The Salt is a platform that allows consumers to become brand ambassadors and influencers for their preferred products. It evolved from brandyourcar.com where people endorsed their favourite food and drink brands on their vehicles. People can still brand their cars but it now also includes social media as well as an online platform.

It seems that no one is better suited to lead Nfinity than Varejes who is building on vast OOH knowledge and experience that he acquired through past work. The business will also benefit from Varejes’ intense commitment to it, “For me, I don’t have a hobby. I don’t have anything else that I do. Work is my hobby. I love to be with people, I love to be with the team, I love to work with the team,” he explains.

Varejes will also be looking for the right staff as well to build Nfinity. “It’s all about good people around you. The reality is I could never run a business without great people around me,” he says.

Varejes is highly spoken of in the media industry and he credits this to his work ethos and the morals that guide him when doing business. He believes the two fundamentals are, firstly delivering on what you promise, and secondly understanding that no one is a big deal in life and thus respecting every person in the environment equally.

When asked where he sees Nfinity in 10 years time, he replies that he probably won’t still be with the business, leaving younger people to take charge, but he hopes to see it as a listed entity on the Johannesburg Stock Exchange.

Before creating Nfinity, Varejes was the founder and CEO of Primedia Unlimited. He left in August last year, after 11 years at the company. Varejes explained why he left Primedia, “I don’t believe you should be in a space for more than 10 years. The reality is it’s time for someone else new to come and take the mantle and you need to move on … create something new”. Under his tenure the group saw a 33% growth in turnover and a 39% year on year growth in profit.

While still a fledging enterprise Nfinity is a company to watch. It will be very interesting to see how it progresses, particularly after the first two years of slowly slowly growth.