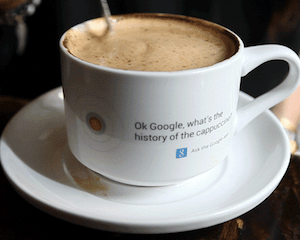 Out of home media (OOH) such as billboards, are known to be ‘media multipliers’ in that they can amplify the effectiveness of other forms of advertising.

Adding out of home media to a campaign can increase reach by up to 300%.

Here are four ways that OOH can amp up the effects of a digital campaign:

The ‘Feel the Real’ campaign, run during 2015 by the OAAA, set out to establish two points.

Digital advertising, they noted, has a problem. Between non-viewable ads (Google has estimated that 56% of ads are never seen), non-human bot traffic (thought to be around 61.5% of all web traffic) and digital fraud, advertisers waste a massive $7 billion each year. In contrast, the campaign pointed out, OOH is a real platform with real viewers.

Second, the Feel the Real campaign wanted to show that OOH is uniquely good at driving digital engagement. “The perfect antidote to fake ads in fake traffic? Real ads in real traffic”, they proclaimed.

Recently nominated for an OBIE award, Apple’s “Shot on iPhone 6” campaign created a world gallery using 162 images selected from the millions of iPhone 6 photos on photo sharing. These selected few went up on billboards across 73 cities in 25 countries, to create 10 000 installations. Public response was phenomenal, resulting in an estimated 6.5 billion media impressions, 255 million online impressions and massive engagement across Instagram.

Social media companies themselves frequently use OOH to increase awareness and drive audiences to their online platforms. At the end of last year, SnapChat made use of billboards placed all around the USA to publicise their new “geofilters” function.

3. Use OOH to guide location based online search behaviours

According to Google, one out of every seven search queries is executed on a mobile device, and 60% of mobile searches are location specific. And, when it comes to targeting consumers in a particular location, OOH is right up there. IAB UK recently found that one in four people will use their mobile devices to look up something they have experienced on OOH media.

Google used this to charming effect when they ran a campaign promoting their rebranded mobile search app, for which 72andSunny created site-specific ads at 12 New York sites. “OK Google, what’s a stool pigeon?” asks a sign outside the Museum of the American Gangster. “OK Google, when was the great beer flood?” is emblazoned behind the bar at Houston Hall.

In Australia, a 2012 OOH campaign for online fashion retailer Motto worked to increase online sales (as well as sales in its bricks and mortar shops) during January – typically a slow period. Large format billboards were erected in Brisbane and Newcastle to generate awareness in these key markets, while ‘ShopaLites’ were strategically placed to drive sales in Motto’s only bricks and mortar store in Frankston.

The net result was that sales across both online and bricks and mortar stores increased by 22% year on year in Queensland, and 33% in New South Wales. In addition, Out of Home’s residual effect increased the longevity of the campaign, and delivered a further 21% increase in online sales revenue post campaign.

These examples illustrate the power of out of home to take digital campaigns to a higher level: the thoughtful incorporation of OOH can make a campaign go from good to phenomenal. 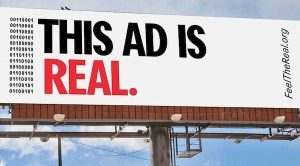