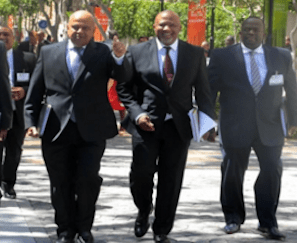 Public relations is seen as a ‘nice-to-have’ as opposed to a fundamental business requirement in today’s society driven by reputation. The reality is, reputation is a company’s biggest asset.

Minister of Finance Pravin Gordhan delivered his 2016 Budget Speech last Wednesday. Key to the minister’s speech was allaying fears of a possible recession and staving off a possible ratings downgrade. Hailed beforehand as the most important budget speech in 21 years, Gordhan used the opportunity to outline how government would cut spending and increase revenue.

Although the delivery of the 2016 Budget Speech was positive in sentiment overall, there is still a general sense of unease in the South African economy. For the consumer, while VAT remains unchanged at 14%, interest rate hikes, increased fuel levies and the introduction of sugar tax, lie on the horizon.

Businesses, too, will feel the same effects and are likely to start questioning their marketing spend, as they feel the financial pinch. After years of proven value and success, public relations still remains on the fence of corporate marketing budgets.

Of equal importance is that the minister’s speech was also an exercise in reputation management – an attempt to restore investor confidence.

Unfortunately, public relations is seen as a ‘nice-to-have’ opposed to a fundamental business requirement in today’s society driven by reputation. The reality is, reputation is a company’s biggest asset. Communication should not be left to the uncertainty of what might be perceived. If a crisis prevails, or reputation is damaged, it might be too late to get in PR professionals to remedy the situation. Businesses need to do everything in their power to protect their reputation.

Of equal importance is that the minister’s speech was also an exercise in reputation management – an attempt to restore investor confidence. It signalled a move towards rebuilding South Africa’s standing in the international community.

Commentators are split on whether the minister and his team have done enough to prevent a ratings downgrade but what is common cause is that talking will not be enough. Government’s actions moving forward will have to match the intent expressed.

The lesson here for any organisation is that in order to manage your reputation, investing in fulltime communications professionals should be considered as a business necessity and your behaviour needs to be authentic. In the same way in the actions of any business need to reflect what they say publicly, South Africa needs to act accordingly in order to hold off a ratings downgrade in the near future.

Kevin Welman is managing director of Fleishman Hillard in Johannesburg.