Down to the ROOTS of Sandton and its consumers 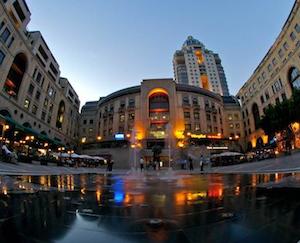 After three years, the results of Spark Media’s latest ROOTS research have been released. Britta Reid decided to take a deep dive into the data about Sandton and its residents.

Last month I attended Spark Media’s launch of their 2016 ROOTS survey. Carried out by TNS, ROOTS is an impressive local newspaper readership study, comprising more than 28 000 randomly sampled interviews. These were spread over 120 communities across urban South Africa, and provide insights into the demographics, as well as the shopping and media behaviour of 6.4 million purchase decision-makers. The study is carried out every three years, so its release is always enthusiastically welcomed by Spark Media’s sales team, who now have new information to persuade clients to support their media.

Of course, a lot can happen in three years. While I was driving back from the presentation, I began to think about the developments that I had observed in my neighbourhood over that period, and I wondered how the new ROOTS data would reflect them. I decided to contact Samu Makhathini, Research and Insights Manager at Spark Media, and she agreed to take me through the relevant data. It must be remembered that ROOTS uses the distribution footprint of its individual newspapers to define each of its communities. As a recipient of the Sandton Chronicle, my community comprises the areas where that newspaper is distributed.

According to the data there are 95 000 purchase decision-makers in Sandton, a 14.4 % increase over the the previous survey. Almost two thirds fall into the LSM 10 group and are either married or living together; 61% have higher education and nearly three quarters work full-time. Despite having a 49% white and 41% black racial profile, 68% of the residents speak English. This concurs with what I hear as I go about my daily dealings in the area.

Despite this sense of material well-being, it is interesting to see that there has been a definite shift to more considered grocery shopping patterns in the past three years. Now 61% of purchase decision-makers claim that they do a bulk shop with top ups, vs 53% previously. Nearly every one (98%) now actively plans this undertaking, compared with 88% in 2013. This planning mostly takes place during the week (96% vs 88%), while the actual shopping expedition is more likely to take place over the weekend (81% vs 72%). So those queues at the tills on Sunday have indeed got longer!

Another indicator that times are tight is that the incidence of credit card ownership has increased from 35% to 63%. The number of children beyond school going age who are remaining at home has increased significantly to 14% of respondents vs 8% in 2013.

Nevertheless, car ownership remains high, with the proportion of Sandtonites having purchased a new car up from 8% to 18%. Certainly the car parks of Sandton continue to be filled with gleaming up to date models. The purchase of second hand vehicles has escalated from 1% to 8%. (Perhaps this could be linked to those youngsters staying longer at home?) A sign of caution is that vehicle owners are now 35% more likely to actually service their vehicles, and more than 5 times more likely to have bought automotive parts.

Unsurprisingly security is an ever increasing concern; 86% of residents now claim to have a security system, up from 31%. There has been a move to living in secure estates with 44% of Sandtonites now ensconced behind protected perimeters vs 31% three years ago. This certainly concurs with my observations that many of the gracious old homesteads have been demolished, and replaced with higher density more secure developments.

One of the less pleasant aspects of living in Sandton is having to navigate around the never ending construction work. The extension and refurbishment of shopping centres has also impacted on the habits of Sandtonites.

While Sandton City/Nelson Mandela Square maintains its pre-eminence and Morningside follows in second place, there are some centres that have completely fallen from the top 10 list: Benmore, The Wedge and Morningview Centre. Replacing them are the Morning Glen Shopping Centre, Rivonia Boulevard and Rosebank Mall.

The data also suggests that Sandtonites are expanding their repertoire of shopping centres. Facelifts and upgraded tenant mixes are clearly crucial to survival in this cut-throat world. One wonders what impact the Mall of Africa will have on Sandtonite shopping expeditions. (An interesting quirk of Sandton clothes and shoe shoppers is their relative aversion for undertaking long drives to indulge in this past-time – 57% claim to be prepared to devote 15 or fewer minutes to the trip, vs 42% of Gautengers. So, perhaps the Mall of Africa will not be that alluring to them.)

A walk around one of the main shopping centres over any weekend will suggest that Sandtonites certainly do not stint themselves in terms of entertainment. According to ROOTS, more than four fifths have bought themselves take-aways at least once a month (up from 65%), and this has not been at the expense of eating in either a restaurant or coffee shop. 83% now claim to have eaten out vs 74% three years ago.

Movie going has soared from 19% to 44%, driven not only by new and improved venues, but also by the resurgence of excellent content and blockbusters from the studios. Nine out of 10 households now have DStv decoders, up from 77%. It is a pity that the survey would not have picked up the impact of the launch of services such as Netflix and ShowMax. Connectivity is high in Sandton homes so one can anticipate that the uptake will be strong.

There are many more deep seams of fascinating information to found in ROOTS. From my brief examination of the data, I was reassured to see so many of my personal observations confirmed by the data.