Facebook, Google and the exit of Alan Rusbridger from mainstream media

Posted By: Ava Bradleyon: May 30, 2016In: Advertising
Print Email 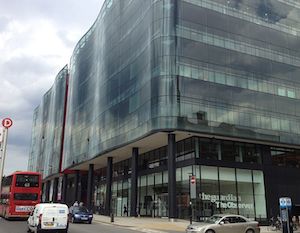 Alan Rusbridger’s legacy as having led one of the most successful print to digital transformations, taking The Guardian global in the process, is tarnished. The cause? The rapid and unexpected flow of digital advertising to Google and Facebook since his departure as editor a year ago and the continued contraction of print advertising.

The ‘unGuardian-like’ action of The Guardian’s new management duo, which saw Rusbridger quit last week as Chairman of the Scott Trust (which funds the Guardian), was a brutal sign of just how much harder the news business has become in the past year.

According to The Guardian’s Mark Sweney, “more than £150m in print ads disappeared” in the last year, with giants like Facebook and Google scooping up the forecasted growth in digital ad revenue.

Though commended for his definitive expansion into an international market and transition to a digital platform, Rusbridger’s sudden resignation invited speculation surrounding The Guardian’s £70m loss last year and subsequent 250 jobs cut, with more to come.

In his resignation email to colleagues at The Guardian, Rusbridger wrote that editor Katherine Viner and Guardian Media Group CEO David Pemsel were “[plotting] a route into the future with a new chair”. Rusbridger and Viner’s ideas for the trajectory of The Guardian have, according to The New York Times, been at odds from the beginning, as depleted finances and unexpected hardship clouded Rusbridger’s legacy after 20-years as editor.

sad news, but all good wishes to my former colleagues… //t.co/h0CDLfs14S

Though media commentators, like Michael Wolff, are quick to blame Rusbridger for The Guardian’s monetary decline, the lens should be focused instead on the unexpected changes in the market and Guardian Media Group as well as Scott Trust’s hand in expansion decisions that depleted the news organization’s revenue. Rusbridger was editor during a tumultuous climate for print media. The decisions he made, including the rejection of a paid platform in favour of ‘open journalism’ were well supported, including by current executives, like Viner. He also had a CEO, Andrew Miller, who presumably was driving commercial decisions.

Fortune’s Matthew Ingram argues that Rusbridger made the decision to expand at a time when infiltrating other geographic markets made sense, with “digital outlets such as BuzzFeed […] [also] going that route”. Ingram also notes that all decisions made by Rusbridger would have had to go through Guardian Media Group first, and writes that half of the almost 500 new staff added in the last three years were hired by current Guardian Media Group CEO David Pemsel.

Past coworkers rallied around Rusbridger on Twitter, commending him for his dedication to The Guardian and long career at one of the UK’s most successful publications. Rusbridger, 62, is currently the head of Lady Margaret Hall at the University of Oxford and will become the chairman of the Reuters Institute for the Study of Journalism at Oxford in September 2016.

@mathewi not sure that facing the current challenges is going to be any easier without a digital visionary to provide some guidance.

This story was first published by WAN-Ifra’s World Editors Forum on its blog and is republished here with permission.