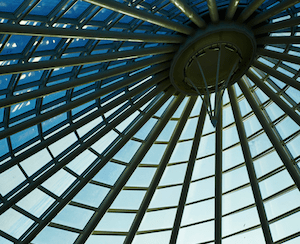 Mall of Africa’s opening weekend was a massive operation and one of the major elements of it was its social media presence. Michael Bratt spoke to Lee-Anne Olfsen, director and lead strategist at FGX Studios, the company that ran the social media campaign, to find out more.

One of the most prevalent feelings on social media around Mall of Africa on its opening weekend was one of frustration, mainly due to traffic, parking problems and crowds. This was reflected in the over 4 000 complaints on Twitter alone that FGX Studios received.

But was this to be expected? After all the specials on offer, and the novelty, brought 122 000 people through the doors on the opening day alone. In total the opening weekend saw 435 000 shoppers enter Africa’s largest single-phase shopping mall development. 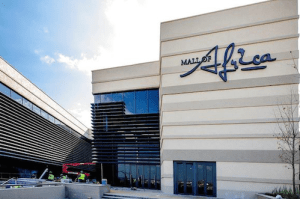 “Mall of Africa was probably one of the biggest launches or events that we have had in South Africa,” Olfsen explains. To accompany this launch, FGX Studios planned a robust social media campaign which was a necessity as they received over 21 000 queries on the opening day. This rose to 28 871 during the opening weekend, equating to 5 774 queries a day or 500 an hour.

Twitter was the most prominent tool used by consumers, accounting for 99% of all conversations. There was a lot of dependency on the social media as users were looking for information on the shopping centre like parking, how to get there, the stores and of course the specials. Through various social media and digital platforms, FGX Studios reached over one million people on the Mall’s launch day.

But despite all the planning, the social media campaign needed to be tweaked on the fly in order to respond to the negative comments and complaints.

“We went into the social media with sincerity and transparency … We took full accountability of what we could… It was just a case of owning it and facing it,” said Olfsen.

On the day FGX Studios created seven to eight pieces of content, that were not in the original plan, in response to the complaints received on social media. These were posted 20 minutes after these complaints were received, illustrating that distributing information in a speedy manner is a must when responding to negativity on social media.

Another tip Olfsen offers is, “From a community management side, you’ve got to remember that they are not attacking you. They are talking to a brand and you can’t take it personally. You’ve got to look at it from their point of view and align yourself with them, because they are experiencing the problem. Be honest, be sincere and do whatever you can to help,” she says.

Not bargaining on the bridge

One of the main problems that FGX Studios identified with the traffic situation was that Google Maps had not put the newly built flyover bridge leading to the Mall into their navigation system. This meant that many motorists were unaware of it and thus cluttering up other routes. FGX Studios responded by releasing content on social media showing the bridge, informing motorists that this was another option. The big problem that Olfsen says FGX Studios faced with Mall of Africa was that there was no previous association to the brand and there was no historical data or experience to guide the campaign or to fall back on.

After the Mall of Africa opening weekend was over, FGX Studios continued to track the digital usage around the Mall. For a month (27 April to 27 May) the website recorded 1.3 million page views and 168 000 unique users. Just over six pages were viewed per session and average session duration was just under four minutes. The blog, which had also been set up for the Mall, saw 18 441 page views and 12 952 unique users in the same period. On Twitter, 6 139 new followers were attracted for the Mall along with over 49 000 profile visits, 1 399 mentions and 481 000 Tweet impressions. Constant monitoring of social media usage gives a brand a great indication of how people are receiving the content and engagement that a brand pushes.

The influencers on social media

Moving away from the Mall of Africa campaign, Olfsen also discussed other elements to do with social media. She gave her take on the personal versus professional social media posting debate, which has seen a lot of brands take damage to their reputation due to something their employee has posted, for example Chris Hart and Standard Bank. “Brands have to take responsibility for their employees posting things on social media. They need to play an active role in the organic process behind pushing their news and brand on social media,” she says. This ties in with the public broadcaster, SABC that instructed its staff not to post anything political on social media.

The evolution of brands on social media

Olfsen also touched on how brands have evolved in their social media presence and usage. In the past a brand was scared to be itself on a digital platform, thus giving away much of its presence to its consumers on social media. “Nowadays, brands are a lot stronger with their value sets on social media,” Olfsen explains.  “Social media is easy to target and converse with consumers and is an interactive point. It has the ability to be agile and give consumers what they need and it offers real-time feedback and understanding of consumer sentiment”.

She believes that Builders Warehouse is a South African brand that is doing social media in the right way, along with global firms Starbucks and Coca-Cola, the latter of which she says “will always hold marketing prestige”. 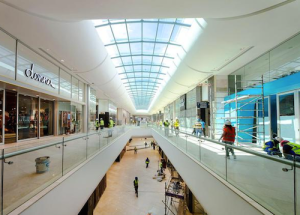