Media used to be fun 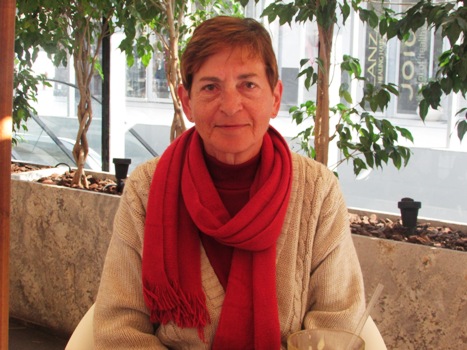 Media buying veteran Natalie Wilks misses the good old days. She started her career in 1966 with Grant Advertising and has worked for a number of different companies.

In a career spanning 50 years, Wilks says that she enjoyed the ’70s and ’80s the most. “We had fun. We enjoyed advertising. Everybody mixed together, there was none of this ‘oh that’s that agency’, or ‘that’s that media owner’. We worked hard, we played hard. There was professionalism from both the client and agency sides. Clients knew what they were talking about when they gave you a brief. These days you seldom get a proper written brief from the client.”

Back in the day, she says, media owners from different media types got together with all the agency people to work and mix together. She believes that no media type should be considered in isolation.

Wilks was heavily involved in media buying for out of home during her career and at one point was general manager of the then Outdoor Association. The biggest change has been the sheer number of players in the industry. “In those days there were 10 to 20 outdoor companies. Today you’ll find over 200, maybe more”.

She says OOH audiences have also evolved. Back then, OOH billboards targeted lower income groups, mainly in the townships, whereas nowadays OOH blankets everyone. Illumination and digital, which are recent developments in the OOH space, have also changed the game.

Wilks believes OOH research was not adequate, but new research being done now will help tremendously in showing how effective OOH can be.

She emphasised that clients are more interested in rates – the cheaper the better. They expect the same reach, which is near impossible to obtain. “Obviously things have to change and evolve and one has to keep up. In a way, I’m OK with my career coming to an end – I don’t think I would like to come into media now… it’s all about discounts.  Economic times have led to budget cuts and there are more players vying for the same media type,” she says.

Most recently, Wilks focused on print and OOH media buying for OMD, the company where she’s worked for the last 20 years. OMD created a separate OOH division which she focused solely on. “I’ve always said that outdoor is an important part of the media mix. And I’m very pleased now that they are getting new research.”

Wilks also stressed that creativity plays a big part when using OOH. “My bugbear for years – placing a print ad on a billboard. Creative must be designed for OOH… An outdoor sign will be seen if your creative is good. It will become wallpaper if the design is cluttered.”

When asked why she enjoyed doing what she did during her career, Wilks responds that it was the people who made the job enjoyable. “The outdoor guys are great fun. It takes a different character to sell the medium”.

Wilks credits getting along with most people to her no nonsense attitude. Reps must know their products, companies must train their staff. She recounts an initiation process, a few years back, whereby new reps for OOH companies were sent to her and she always had to chew them out – the existing reps knew it would happen – one way of learning what is required to sell.

She also stresses that a lot of media owners don’t know what happens in media agencies. “Now that I’m retired, maybe I might consult to outdoor companies if they will accept that. Talk to them about how an agency works and what goes on,” Wilks says. “I think that because now there are so many new outdoor companies, they really haven’t a clue of how to market themselves”.

Wilks wants to give back to the industry and guide others on how, she believes, things should be done.

The biggest challenge that Wilks sees for OOH advertising, are the city councils. “If they got their act together, instead of messing around and saying they have changed bylaws but they haven’t published them yet,” she explains as an example. She goes on to elaborate that an application to erect a structure can sit at a City Council from anywhere between six months and four years, without anything happening. This, she says, has led to more illegal boards being erected as people need to make money, which has led to cluttered environments that are not good for the industry. Another problem she identifies is that every council has a different set of bylaws, so there is no uniformity across different geographies.

Here are her top three tips:

Wilks concludes the discussion by talking about the influence that multi-national companies have on local agencies, something she describes as a “major hassle”.

“They have a lot of sway – they dictate.” For example – a local agency has a happy client, but internationally the client has awarded their business to another agency – so the local client has to change – unhappy client and agency. She does admit that international companies can help secure an account, but believes, “You should win clients on what is locally produced and the service the agency gives to the client… but that’s the way it works now – you can’t stop companies doing business”.