Déjà vu at the SABC 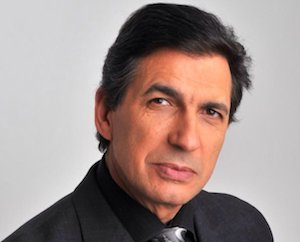 To those of us who worked at the SABC in the John Vorster and PW Botha eras, what is happening now at the SABC feels distinctly familiar – as I pointed out in an article on the Biznews website.

For media researchers much of the best investigative journalism is now appearing in the Afrikaans press – a good example being Pieter-Louis Myburgh winning this year’s Taco Kuiper Award for his exemplary reporting on the PRASA scam.

The best of this journalism, with specific reference to significant happenings in the media world itself, is not accessible to those who are not conversant with Afrikaans. This is why I translated the Hanlie Retief interview with former Cape Times editor Alide Dasnois – which appeared only in Afrikaans in Rapport – for the benefit of The Media Online readers.

At the weekend another article appeared on Netwerk 24 which I feel will be of great value to future and contemporary media historians and scholars and should thus be made available on the internet in English. Hence, this translation:

What is now happening at the SABC reminds him of the time when former President PW Botha use to phone the SABC and issue orders. He had to read a letter from Botha three times during a single TV news bulletin, writes veteran journalist Freek Robinson.

What is now happening at the SABC is a tragedy

Once again a national asset is being placed in the firing line – just as it was during the apartheid era.

The SABC is supposed to be a public broadcaster serving the whole country with all of its wealth of languages, cultures, regions and classes. It is a powerful organisation which can reach millions of people every day, in the farthest corners of the country and even beyond. And it does that, very efficiently. All language groups are being catered for through its 18 radio stations and three main television channels.

Like no other institution in the country, the SABC has contributed to the stimulation of creative work in all languages – in the writing and production of dramas, soapies, and music, game and educational programmes (i.e. broadcasting educational programmes for scholars). Most programmes make a contribution to cultural development and have nothing to do with the current controversy surrounding news and information programmes.

The public often makes the factual error of assuming that the SABC is financed by the taxpayer. All households receiving TV programmes must pay the TV licence fee of less than R300 annually. Licence fees as a source of income have, however, been decreasing over the past few years and now contribute just 15% of the SABC’s total income.

The government, although it is an SABC sponsor, pays virtually nothing to the SABC – certainly far less than it gives to SAA. The rest of the income, in other words around 85%, comes from advertisements. This makes the SABC one of the most unique public broadcasters in the world. While it must render a public service, it is mainly dependent on commercial sources for income.

In Australia the government (through parliament) provides the ABC’s budget. In Britain the BBC is largely dependent on TV licence fees – with the average rate of payment there being above 90% while here it is probably closer to 50%.

The SABC’s position is actually contradictory and should mean that the advertisers, more so than the politicians, are in fact the masters of the SABC. In practice, however, just the opposite is true. How long will advertisers remain satisfied to be associated with the SABC and its declining credibility? As in the case of the large banks and KPMG with the Guptas, large businesses could declare that they are being exposed to reputational risk when placing advertisements on the SABC’s platforms. This will place the SABC in significant difficulty. It will need more financing from government to be able to survive, and will thus, of course, relinquish even more control to government.

My most notorious SABC experience during the PW Botha era occurred when the Reverend Allan Hendrickse swam at the ‘whites only’ Kings Beach in Port Elizabeth.

During a congress in the city in January 1987 he and members of his Labour Party decided to demonstrate in a tangible way their loathing of apartheid measures such as separate amenities. At that stage he was a minister in Botha’s cabinet as the leader in the Tricameral Parliament’s House of Representatives (the so-called ‘coloured’ house).

Seeing these paunchy, middle-age men swimming in the icy water at the ‘white’ beach was quite a spectacle.

Botha, of course, did not find this at all amusing, because a cabinet minister had blatantly broken the law (the fact that the said legislation was crassly discriminatory meant nothing to him).

Over the weekend there would have been much communication to and fro between Hendrickse and Botha. Back in Cape Town, Hendrickse informed me the following Monday afternoon that he was going to resign. I accordingly arranged to do an interview with him later that afternoon for that night’s main TV news bulletin at eight p.m. Obviously, for journalistic fairness, we had to get Botha’s comments. But at that time I had long been forbidden to liaise with this office directly. It had to be done via our editor.

Later, just before I was to present the political news directly from our parliamentary studio, we received a letter from Botha announcing Hendrickse’s suspension from cabinet because of his conduct. I worked that into my introduction to the story and we then played the interview with Hendrickse where he provided reasons for his resignation.

Having presented the dramatic news, I walked out of the studio. Our editor was waiting for me. He said the SABC’s director general, Kudu Eksteen, had phoned and said I had to read Botha’s letter three times: immediately, then again in the middle of the hour-long bulletin, and again towards the end.

This was because Botha was furious because he felt his letter had not been given sufficient prominence in our coverage of the story.

I was dumbfounded and refused. It was then told that this was an order from Eksteen which I could not refuse.

The news bulletin, broadcast from Johannesburg, had to be interrupted to enable me to read Botha’s letter. I then did that in a semi-sarcastic manner. I read every word, comma and full-stop as well as addresses and titles.

On my way to reading the letter for the second time, I met former President F.W. de Klerk (the then minister of education) in our parliamentary studio. It had earlier been arranged with him that he would be interviewed on education concerns by someone from our Johannesburg studio in a crossing to Cape Town. I informed him that he would have to wait because I had to read Botha’s letter once again. I could see he was somewhat irritated, especially when his interview at the end of the bulletin had to be shortened because of this ridiculous situation.

This was how Beeld reported at the time on what had transpired.

“It is amazing that politicians think they can benefit from manipulating the media. Just the opposite may happen. If you have greater access to the media but do not communicate properly or do foolish things, it can do endless damage to your image – damage from which you might never recover.”

It is obvious that some officials or even ministers are so keen to impress their superiors that they make all sorts of strange decisions and give orders as if these come from the top – from ‘Number One’. The Waterkloof airbase story is an obvious example

Hopefully things at the SABC will start changing. Even the ANC’s alliance partners, the SACP and Cosatu, feel something is radically amiss at the public broadcaster.

A properly functioning board with competent people must be appointed. All senior management positions must be filled as soon as possible.

The law must take its course with the SABC’s head of operations, Hlaudi Motsoeneng.

Order must be created and direction given to enable the SABC to fulfil its role as a national asset, the role that it should be performing. That role is to provide millions of people in the country with reliable information, to assist in strengthening and promoting the various cultures and to create mutual understanding. Civic society has a cardinal role to play in this regard.

Object, write, phone, protest, do what you can.

* Freek Robinson is the chief anchor of eNuus and presenter of the actuality programme ‘Robinson’ on kykNET. This story was first published by Netwerk24 and is republished here with the permission of the author, Freek Robinson @FreekRobinson.