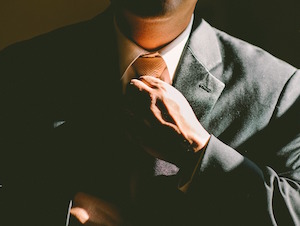 Reflecting a yearning for greater influence, public relations – or business communication, as it is increasingly becoming known – has traditionally suffered an identity crisis. Some suggest it should have a seat at the boardroom table and others believe it should rather be an outside function that acts as the conscience of the business.

A number of strategic trends are impacting on the role and function of business communication today as organisations gear up their reputation management to better drive business priorities and bottom line revenue. It’s become a global standard that this cannot be achieved without external stakeholders that trust a brand, as well as satisfied employees who deliver on the brand’s promise.

There’s been a rapid and influential growth of communication globally and there’s no anticipation of any levelling off in the next few years. According to the VMA 2015 Pulse Survey, which is conducted annually in the Asia Pacific region, 73% of communication professionals foresaw an increase in their function over the next two years. Some 44% expect their total communication budget to grow over the same period, with 39% expecting it to stay the same due to downward pressure on budget.

The 2015 VMA South Africa Research found that 58% of communicators expected the influence exerted by the communication function within business to increase over the next two years, but only 50% believed their senior leadership team were key advocates of it.

While communication is often mistakenly seen by companies as a one-way, out-bound message dissemination tool, organisations can no longer ignore the rise and reputational impact of social media and real-time client interactions. As social media has evolved into a new era of collaborative interaction, the questions are no longer about the tools, but rather how to strategically leverage them to drive improved engagement, impression and retention of clients/customers and staff.

In the South Africa research, 22% of senior communication practitioners suggested social and digital media skills development was needed in 2016. In Asia and Europe, some 42% of communicators had plans to increase their digital communication teams.

Social media will be focused on encouraging organisations to become more involved in the social conversation rather than standing on the sidelines.

For example, I recently commented on a friend’s Twitter post who was echoing his frustration at a car rental company’s booking process. I replied saying he should try another car rental company. The company he complained about said nothing. The company I tagged and recommended responded with, “Great idea! Let us know if we can assist”. This is what it means to get involved versus having a presence.

A significant portion of the global growth within the communication function can be attributed to the rise of internal communication. In a sense, this represents a renaissance for the function of employee communication, which first garnered executive level focus in the mid-90s, but slowed in the 2000s on the back of a global economic slowdown. While organisations initially saw communication as an easy function to cut back on, this soon changed as global CEOs noted the critical role of human capital in driving all other business objectives.

This is further backed by the 2015 CEO Conference Board Survey, which showed that CEOs across the globe are focusing on top line growth, backed by product and process innovation as well as increased employee engagement and workforce upskilling. CEOs are seeking high-quality sustainable growth, centred on capacity building and developing strong cultures through employee engagement.

In a dramatic shift of focus, the 2015 VMA Pulse Survey demonstrated that senior leadership is better understanding the needs of stakeholder communication: a staggering 95% are key advocates of media relations (the traditional outboard PR function), 92% of brand, and a massive 89% are now key supporters of internal communication. 83% advocate for investor relations and 80% for digital communication.

The VMA SA survey showed the widening scope of communication practitioners where 27% are country focused; 32% are regionally focused; and 37% have a global remit to their function. On the back of regional expansion, 33% of communicators indicated they were planning to expand their comms function to Nigeria by 2017, followed by 22% who are looking to expand into Ghana. Similarly, 22% plan to place communication practitioners in Kenya.

With this focus on Africa, communicators are adopting centralised shared services functions that sit in South Africa (and increasingly in Nigeria) and support business partners operating on site in various countries. This enables a Centre of Excellence to provide all the support functions required (like strategy, measurement, research, reporting, message development, etc), but taking into account the unique cultural nuances of each marketplace.

According to the International Monetary Fund (IMF), Africa is favourably positioned to become the second fastest growing region in the world, particularly West and East Africa. Analysing continental growth over the past three years, most African countries have demonstrated stable growth of approximately 6%.

As the role of business communication evolves, so does the skill set required of communication practitioners in order for them to remain at the top of their game. Communicators are increasingly being required to report in more strategic terms on the business impact their function has on the bottom line.

Further, with social media developments and the need to engage staff more through leadership, traditional skills such as writing and channel management are no longer enough. Organisations are looking for practitioners with business acumen, culture alignment capabilities and the skills to support leadership and social reputation management.

Interestingly, in 2014, 39% of communicators across Asia and Europe said business acumen was a key skill set (ranked fourth out of the top five skills), compared to 61% in 2015 – a massive 22% increase, making it the number one skill required!

In South Africa, only 5% of senior communicators surveyed said business acumen was an important skill/experience that they sought in their team members. Fortunately, 24% said they felt it was a skill that they and their teams needed more training in. Locally, 32% said creative and strategic thinking was key, with writing skills at 10% and leadership development skills at 5%. However, 29% want to improve their ability to train their leaders and 27% feel they need to focus on their writing skills.

South African communicators have indicated that their most important challenges are around finding the right skills (25%), downward pressure on budgets (22%), and the number and complexity of key audiences they speak to (22%). In all likelihood this statistic might look different in six months as organisations continue to cut budgets in light of ongoing macroeconomic challenges.

While South Africa is experiencing budgetary pressures, the Asian market is suggesting that in 2016, 21% planned to increase the size of their internal communications teams, in addition to major social media team growth. In 2015, 32% of companies who responded to the Pulse survey said they increased their media relations teams and 36% increased their internal communication teams.

Despite some of these challenges, the future for South African business communication remains optimistic. The function will continue to contend with an increasingly complex business landscape that can be mitigated by securing strategic senior level buy-in and repositioning the role of PR as a strategic enabler of reputation management.

Measurement and research will become even more central to all communication functions as they will enable better reporting and demonstrable return on investment. Data is no longer good enough – it’s all about the analytics and business correlations.