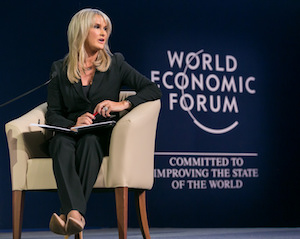 Despite rumours that CNBC Africa has stopped its live South African programming, the broadcaster says it is still business as usual.

Several sources have over the past few weeks told The Media Online that CNBC Africa had stopped broadcasting original South African programming after 6pm in the evening.  They speculated this was because it was becoming too expensive and that there was no advertising on offer. They said this information was unconfirmed, but that they had heard it from reps of two of their advertisers.

But Bronwyn Nielsen, executive director of the CNBC Africa Group, said there was “no truth to these rumours”.

In fact the broadcaster had just renewed its franchise agreement with CNBC International for another 15 years, a sign that the future of the channel is secure, says Nielsen. “We continue to be the only pan-African business TV network and continue to grow our channel. We still produce between eight and 10 hours of local content on a daily basis,” she says. “There is no change in content strategy or to our grid. Our viewership continues to grow.”

The channel has revamped its feature programming, which Nielsen says happens constantly so as to keep up with the times and to keep audiences entertained and engaged.

CNBC Africa started broadcasting on a DTT network in Nigeria and Nielsen confirms the channel will be getting onto two additional platforms by Q1 next year. The broadcaster also opened its new East African headquarters and studio in Kigali, Rwanda at the beginning of the year.

When asked whether advertising on CNBC Africa has taken a knock, Nielsen replies, “The advertising market is sensitive to the broader economic climate and our experience is no different to what the rest of the market is experiencing. Having said that, TV is just one our platforms, our integrated multimedia offering continues to be a compelling and valuable offering to both audiences and advertisers alike. TV households and TV advertising continue to grow, as seen in data released by PwC on the state of media and entertainment in SSA.”

Nielsen concludes, “We remain positive about the African growth story and continue to increase our touch points across the continent.”