Radio research will take at least a year to mature, says TMC 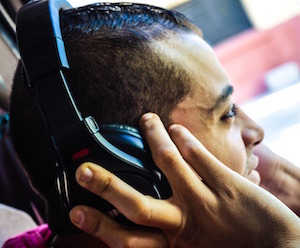 A number of community radio stations recently complained that RAMs results released by Broadcast Research Council were illegitimate and inaccurate. But The Media Connection, South Africa’s national advertising and sponsorship facilitation company working in the community radio sector, says distrust in radio research in the country pre-dates the BRC.

CEO of The Media Connection, Judy Milne, told The Media Online the unhappiness around listenership figures is echoed from all three tiers of broadcasting – commercial, PBS and community.

“The latest BRC research has also showed a drop in listenership figures for bigger commercial players,” she says. “As the main contributors, through a percentage of higher advertising sales, commercial radio’s figures are also contested and the accuracy of research heavily scrutinised.

“Since the August release of BRC RAM was the first release by the BRC, the new research would naturally need to mature to be as accurate as possible. It would take at least a full year of research and data releases to realise an accurate reflection of the listening landscape. The challenge with all-inclusive research, however, remains funding,” says Milne.

The Media Connection, as the main representative of community radio, collects and pays over the levy based on the revenue it generates for the stations that pays for the RAMS, on behalf of stations that it works with. It has done this on their behalf since 1999. It has works with nearly 200 community radio stations, placing advertising with them. “All advertising generated is included in the levy paid to the BRC in that relevant month,” says Milne.

She points out that it is to differentiate the BRC and The Media Connection as they are two completely separate entities. “The allegation of TMC forming an NPO to establish the BRC is unfounded,” she says, commenting on one of the claims made by the group of stations that accused. Station manager of Madibeng FM 103, Nick Motloung, said their research had shown “an NPO was formed and funded by The Media Connection. So this makes it not a fair council for community radio stations. We would rather have a council that we, the community radio stations, elect and not a private company that’s a service provider. You can’t be a player and a referee” he told The Media Online.

But Milne says the BRC is most representative and transparent organisation post SAARF. “The call for an ‘independent’ council is unfortunate just as it’s counter productive,” she says.

It was in the interests of The Media Connection for community radio to show accurate figures, “since selling advertising on behalf of stations is our core business. TMC, therefore, serves as council to the BRC, to serve community radio’s best interests”.

Responding to claims that some stations measured in the RAMS research were off-air at the time, or no longer in existence, Milne said while the BRC would be better positioned to answer this, there are possible reasons.

“I can imagine that all stations that have been issued with a license are included in the BRC research. This way, if a respondent notes a station (whether incorrectly or not) it is captured by the BRC. To ascertain which stations have been on-air during the wave cannot be the responsibility of the BRC,” she says.

“If the research had to include consideration for unplanned outages or even scheduled interruptions, it would be impossible. I believe the inclusion of all licensed stations is a measure to be inclusive rather than exclusive. I also believe that the halo effect may be at play, meaning respondents mark stations they believe to have listened to, based on their own belief that may be influenced by exposure,” Milne explains.

She says the process of the formation of the BRC was long and inclusive. “Representation and participation has been invited from the outset. The challenge, again, is that certain stations may not have been aware of this process, or may not have participated,” she says.

“It is in the best interest of TMC for community radio to have more listeners, since it is the driver of its core business, being selling to community radio. According to the BRC, in order to perform more inclusive research, with a sample size of at least 300 000 respondents, the research cost would amount to R200 million. This would require declared radio advertising worth R20 billion p.a. this figure is nearly four times larger than the current spend (according toPwC media outlook report).”