Disruption and growth: Tech and media predictions for 2017 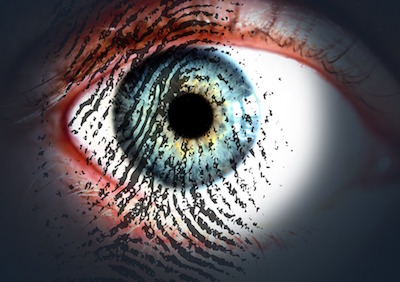 Deloitte Global has released their Technology, Media and Telecommunications Predictions 2017, designed to provide insight into what may offer disruption and growth opportunities across the technology, media and telecommunications sectors. Bettina Moss has distilled the chunky report into easily digestible, bite-size chunks.

From biometric security (the alternative to password entry and a game changer for subscription services) and 5G networks to machine learning on mobile to a decline in tablets in favour of smartphones, the future is now.

The active base of fingerprint reader-equipped devices will top one billion for the first time in early 2017. By the end of the decade, fingerprint sensors are likely  to have been incorporated into a range of other devices, from laptop computers to remote control devices, for identification and authentication purposes.

Deloitte Global expects a growing proportion of apps and websites to support the technology, primarily as an alternative to password entry.

The implication for media companies centres around online subscription services. Providers of music, premium news, television and other content that sits behind a paywall will require users to authenticate themselves using fingerprints. This will prevent illicit sharing of user IDs and passwords to access content.

Deloitte Global predicts that significant tangible steps towards the launch of 5G, the fifth generation of cellular networks, will take place in 2017. IoT is expected to be one of the most significant new applications for 5G and one of the major drivers of new connections.

Currently the main areas of interest for the consumer around the connected home are appliances, security, energy management and other monitoring. The implications for media and entertainment companies is to focus on personalisation of data, contextually relevant advertising and an expanding platform of channels to communicate with consumers, including wearables which provide new types of data for marketers.

Faster, lower-cost downloads, allied to larger capacity smartphones will affect changes in usage habits, e.g. music will be streamed to cars, and public transport will offer video viewing. Greater speed will encourage more app downloads by users who are outside the home and fast downloads will encourage consumers to use more apps rather than mobile optimised websites.

The implications for retailers would be a higher functionality user experience for consumers, including the ability to offer indoor navigation and one-touch checkouts using fingerprint readers.

Global deployment of 5G networks will take many years to complete in full. Deloitte Global predicts that 5G may only roll out in some markets by the end of next decade. As a core enabler of the modern economy, enhanced connectivity is set to disrupt a significant slice of economic output throughout all sectors in the coming years.

Deloitte Global predicts that over 300 million smartphones, or more than a fifth of units sold in 2017, will have on-board neural network machine learning capability. These are computer models designed to mimic aspects of the human brain’s structure and function, with elements representing neurons and their interconnections. They will allow smartphones to perform machine learning tasks even when not connected to a network.

This functionality will enhance applications including indoor navigation, image classification, augmented reality, speech recognition and language translation even where there is little or no cellular or Wi-Fi connectivity, such as in remote areas, underground or on an airplane.

Machine learning on-the-go will not just be limited to smartphones, but will also be used in drones, tablets, cars, virtual or augmented reality devices, medical tools, Internet of Things (IoT) devices and unforeseen new technologies.

The telecom implications of mobile machine learning include image recognition on-board, which will reduce the amount of data that the consumer needs to upload.

While most of the on-board machine learning capacity will be on consumer devices such as smartphones in the near term, the long-term view points to machine learning softtware in autonomous vehicles, jet engines, medical devices and even oil and gas pipelines.

Deloitte Global predicts that as of 2022 at least a quarter of all human and machine uses of precision digital navigation will include an indoor leg or be for an entirely indoor journey. Beacons, LED lighting, ultra-wide broadband UWB and magnetic positioning could be used to complement existing data sets.

As of 2016, there were an estimated seven million beacons installed globally, covering a much smaller area than Wi-Fi routers or cellular networks.

Indoor positioning accuracy can only be improved alongside an increase in indoor mapping for the benefits to be fully exploited.

Indoor mapping is already establishing itself. Google offers indoors maps as an extension to existing outdoor maps. As of end-2016, there were hundreds of sites around the world whose indoor maps were available. Site owners are invited to upload their maps and are provided with an app to help increase their accuracy.

The benefits and returns for retail would far outweigh the cost of deployment. A shopping mall could use indoor maps to enable people to find stores, departments and even aisles faster.

It would enable permanent and temporary staff to find goods more quickly on the shop floor and in stock rooms with precise indoor guidance. Location data can also be used to send geographically-targeted marketing messages to customers.

Deloitte Global predicts that the availability of precise indoor navigation is likely to become a differentiator for shopping malls in the medium term.

The travel industry is predicted to benefit greatly from indoor navigation. App-based taxi hailing could become more precise with pickups at underground shopping mall parking lots or hotel canopies taking place more easily and not having to rely on spoken instructions between driver and passenger. Suitcases tagged with location sensors will be found more easily with indoor navigation.

The use of indoor navigation in both private and public business premises, healthcare facilities, trade fairs and conventions will enable people to find their way around and find each other easily as they are guided by a navigation app.

Mobile games that use location as part of the game, such as Pokémon Go, could also be played indoors. The implication for in-game advertising is that games could direct players to specific locations, including shops that sponsor the game.

The implications for the communications sector is that all social networks, messaging, email, photos and videos could include indoor location tags that would automatically be embedded into posts.

The report looks at the US television advertising industry which is losing the 18-24 year old demographic but making up for it on the other end with an ageing population aged 65 and over making up 15% of the population and accounting for an increase in viewing hours. The 65+ age group is the fastest growing segment of the population in the US and expected to account for over 20 percent of the population by 2050. Young people may be watching less TV, but the older generation is watching more.

While many people have been predicting the death of US network TV for decades, the data does not support that view. To the contrary, even though TV is losing some adspend to digital, and not growing as rapidly as before, it is still an important advertising medium.

Tablets are no longer a preferred device

Deloitte Global predicts that 2017 sales of tablet computers (‘tablets’) will be fewer than 165 million units, down by about 10 percent from the 182 million units sold in 2016.

Smartphones have become bigger and laptops lighter, leaving no compelling use case for the tablet. The biggest user category for tablets is children under 10 years old, who do so less and less as they become teenagers.

The 2016 Deloitte’s Global Mobile Consumer Survey data for developed countries draws on responses from just under 30 000 people. They were asked their preferred device for 15 different digital and media activities. Laptops and desktop computers were the top choice for just under half of the activity/demographic permutations. Smartphones were the second most common preference and the top choice a third of the time. For video uses, the large screen of the TV set made it the top choice over a sixth of the time. Tablets were not the preferred device for any activity or demographic.

Even though South Africa is mobile-first, tablet sales are also down, with an increase in mid-range smartphones. South Africans are still buying feature phones at the low end of the market.