LATEST NEWS
Home Agencies Communications Ford South Africa failed to protect its reputation. What it should have done

Ford South Africa failed to protect its reputation. What it should have done 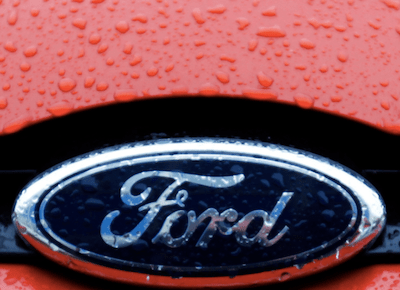 Ford South Africa has suffered huge damage to its reputation thanks to its poor handling of a crisis involving some of its Kuga cars.

The global car manufacturer’s local operation has been forced to recall more than 4 000 Kuga Ecoboost 1.6 litre models manufactured between December 2012 and February 2014. Ford South Africa’s CEO Jeff Nemeth announced the recall after over 40 cases of engine fires had been reported. To aggravate the situation, one death allegedly resulted from a Ford Kuga exploding in December 2015.

There can be little doubt that the Ford Kuga crisis has hurt the company’s reputation, and could even prove fatal to its South African operations. Ford South Africa has been attacked viciously in the media and radio stations have been inundated with calls from angry customers some of whom have resorted to legal action against the company.

Ford South Africa has clearly made some elementary mistakes in managing the crisis. Companies today recognise the importance of a strong corporate reputation as a critical strategic asset, which translates into a source of competitive advantage. This is why a company’s reputation has become a top priority.

One reason why reputation has been put in the spotlight so much is the huge corporate reputational losses in the last few decades. These include BP’s oil spillage disaster and number of car manufacturers.

Toyota has had to recall millions of vehicles worldwide because of various mechanical issues. And in 2015 Volkswagen’s reputation took a serious knock after it was found to have manipulated its diesel vehicles’ software to pass environmental tests. General Motors also suffered reputational damage because of faulty ignition issues resulting in recalls.

So what did Ford South Africa get wrong? What should it have done to protect both its customers and its reputation?

Proper crisis management is crucial for a company. This is of course particularly true when a bad story breaks and a full-blown crisis is at hand. But in fact crisis management is only effective if there’s already a reputation management process in place. This should be done during the “good times”.

Also, a member of the executive should have been assigned responsibility for the company’s reputation. If this is done properly managing a crisis is always easier as goodwill would already have been built over time.

Once a crisis hits, it is extremely important to act immediately. Three things should be done:

It seems as if some companies still think that they can keep facts away from the outside world. They think they have time to fix things on their own before deciding to come out in the open. In the old days, companies had the luxury to hide. But this was before the immediacy of the internet and social media arrived.

A question of trust

Reputations are built on trust. But in recent years the business world has been shaken by economic disruption, unethical and fraudulent practices, bad publicity and cracks in capitalism’s foundations. People have lost their trust in companies. A climate of anti-business activism, skepticism, pessimism, blame and cynicism has emerged.

So companies’ reputations come under attack more easily. This is fuelled by the media, the internet, social media and pressure groups. Customers are increasingly interested in the way large companies behave and have become more vocal in calling for transparency, accountability and social and environmental responsiveness.

Companies’ reputations are built more on emotional factors like trust, pride, admiration, liking and a good feeling than on rational factors such as corporate performance or the quality of products and services.

Clients and customers are applying a whole new set of criteria before buying products and services. These include ethics, values and stakeholder democracy. Buying decisions and support of companies are influenced by how companies themselves are perceived and to a lesser degree by the perceptions of the companies’ products or services.

The media plays an important role in spreading the word about a company’s reputation. History has shown that companies with favourable reputations are given the “benefit of the doubt” when faced with a sudden crisis.

But reputation isn’t formed just by a company’s PR and branding efforts. Most people form their impressions based on limited information or others’ opinions. Factual information is not enough for customers to form an opinion.

To acquire a favourable brand reputation companies should make sure that they pay attention to a range of dimensions. The most important is that they should try and build a strong emotional bond with their customers and other stakeholders. They can do this by ensuring that the company is admired, trusted and respected and that customers are proud to be associated with it and have a general “good feeling” about it.

Looking after the company’s more tangible issues also plays a role. Companies should pay attention to:

But given the scale of the anger and mistrust directed at Ford South Africa it’s clear that even if it had ticked all these boxes, its management of the current crisis has left a lot to be desired. Its reputation is so badly damaged that even a massive PR campaign won’t help it much at this stage.

What is essential, even at this late stage, is direct, honest and authentic communication with customers as well as stakeholders such as dealers, employees, the media and the National Consumer Commission. In particular, customers who have lost confidence in Ford and its products should be treated extremely well and be reassured. The company needs to give people a reason to trust it again.