Dispelling the gloom: Looking for meaningful connections in the ABCs 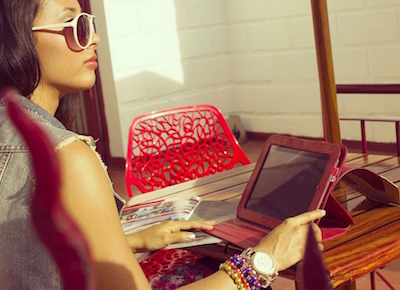 The announcements of the Audit Bureau of Circulations of SA (ABC) results tend to be fairly sombre occasions with little cause for jubilation. Therefore, I thought it eminently sensible that the Q4 results released last week were presented to the industry via webinar.

As much as industry events provide an opportunity to catch up with colleagues, they also require precious travel and out-of-office time and trigger unnecessary caffeine and carb intake. I was impressed by the ease and efficiency of sitting at my laptop with a cup of Rooibos, being swiftly taken through a workmanlike no-nonsense presentation, and then being able to get straight back into my working day. The stated intention of the initiative is to increase the opportunity for member participation, and it certainly should do so, especially for press members in further flung locations.

Last year, 2016, was a turbulent year for print. Even the ABC membership statistics testified to that: Newspaper titles declined from 347 to 336, and magazine titles from 507 to 478. A newly established digital category, however, attracted 168 products.

The story was one of continued circulation decline, even when the fourth quarter results were compared with those of the previous quarter. This is a slightly kinder comparison than looking at the same period of the previous year, as I was trained to do in a pre-digital world. Press was down by 2.9% and magazines by 4.3%. Most of the comments on individual titles underscored the sense of atrophy, although Charles Beiles, the ABC’s general manager, did draw attention to some individual success stories. At the end of the presentation, even an inveterate print addict and advocate like myself, could not avoid feeling downhearted.

It set me to wondering whether South African publishers should not be more engaged in trying to counter the gloom. Coincidentally, the Britain’s ABC released their final magazine figures for 2016 on the same day. The news there was not good either; paid-for magazines audited by ABC lost sales at an average rate of 5.9 percent year on year on the second half of 2016. However, there were rapid counters to the bad news. Within hours my Campaign (the self-proclaimed “world’s leading business media brand serving the marketing, advertising and media communities” newsletter) carried a piece by Barry McIlheney, chief executive of the Professional Publishers Association (PPA).

He leapt into the fray, with the declaration, “Not only is print not dying but, in so many different ways, it has never ever been more alive and kicking”. He supported this with an impassioned statement of his personal preferences, maintaining that a book, a magazine, a newspaper “is always best read in print”. He did allow that digital formats had a place in modern life, and that progress demanded the development of new formats. But affirmed that, in his view, world-class long-form content should be read in print, “the way God meant for it to be”. The piece may have been short on empirical evidence, but it was an impassioned reminder that there are still print devotees.

A subsequent issue of Campaign had Sue Todd, CEO of Magnetic, the marketing agency for consumer magazine media in the United Kingdom, pitching in, with the statement, “magazine media are in robust health with the combined total circulation of all titles only down 1.3% year on year”. Just as I was beginning to think that the penchant for “alternative facts” had spread over the Atlantic, I was reassured by her elaborating that “publishers continue to do well in balancing the dual challenges of maintaining print while growing their overall footprint of meaningful connections with consumers on mobile and, increasingly, through brand extensions which span events, retail, video and TV”.

Surely our local publishers could counterbalance the gloomy figures with some news of developing touchpoints and revenue?

I decided to try to search out some good news nuggets to reassure myself that I was not going to be reduced to reading everything on my iPad in the few years. It was not easy. There was a distinct reluctance to talk about a subject that seems so unpredictable and uncontrollable.

Fortunately, I put in a call to RamsayMedia, a publisher that had received mostly good news in this release, with Popular Mechanics, Leisure Wheels, My Toyota Zone and Car all showing decent growth over the previous period. On the eve of celebrating the birthday of this last mentioned sexagenarian, the group publisher, Neil Piper and the group marketing and sponsorship manager, Dean Dicks, were keen to talk about their success. They attributed it to long term strategic commitment and to shorter term evolution and adaptability. Piper immediately stressed that during his 23-year tenure, there has been a consistent commitment to delivering quality content.

This is achieved through detailed research on reader reaction, fine-tuning and ongoing tracking. This has become quicker and easier with digital panels, and as the brands’ touchpoints have expanded, each element of reader interaction has been scrupulously interrogated. The brands engage with their audiences across multiple touchpoints from events, radio interviews, trade exchange TV spots, and social media, where audiences have been built organically to provide a particularly responsive communication channel.

Given the difficult economic times, Dicks stressed the need for the rigorous assessment of all marketing initiatives, which must deliver sales return. Brand building is a luxury of the past. Delivering value to the reader is paramount. From a marketing point of view, this could be delivered through appropriate cover mounts and high quality calendars; from a content perspective, it is achieved by consistently delivering the same amount of editorial month after month. When many publications allow editorial to be dictated by the amount of booked advertising, this is surely keeping the ultimate covenant with the reader.