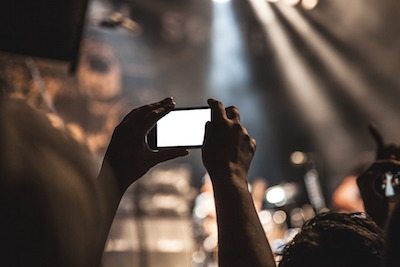 While several media stakeholders have expressed concern over the annual research, Linda Gibson, group executive of new business development, research and advertising support at Independent Media, has gone on record with her doubts as to its veracity.

“I could never understand how PwC sourced their data; how they get to their South African advertising and circulation numbers when they are reporting on their print forecasts,” Gibson told The Media Online. “PwC reports on trends for print, forecasting scenarios that may reflect growth. However, we have done our own research over the last three years and our analysis of our figures tends to differ from those of PwC. The sources we use in our research are Adex and the Audit Bureau of Circulations (ABC) and obviously our own intelligence, which provide a clear picture.”

Gibson added, “My concern is that PwC cannot list their sources or even who they have approached. I know of a number of key industry players who have not been interviewed – in any case, a verbal interview would tend to be speculative and opinionated with no actual figures given.”

PwC was initially approached for a video interview, as part of The Media Online’s TMO.live series, to respond to the concerns. After several months of trying to organise a time, PwC declined the video interview but gave answers to written questions. Vicki Myburgh, entertainment and media industries leader for PwC South Africa, explained the methodology behind the research that goes into the report. According to Myburgh all the forecasts begin with the collection of “accurate and comprehensive historical data from a variety of sources including publicly available information from trade associations and government agencies.”

When this data is used directly, these sources are cited. Additional information is obtained through “interviews conducted with relevant associations, regulators and leading players to gather insights and estimates not available in the public domain”. When this information is collected, it is used as part of the calculations and the sources are proprietary. “All forecasts are prepared as part of a collaborative, integrated process involving both quantitative and qualitative analysis. The forecasts are the result of a rigorous process of scoping, market mapping, data collection, statistical modelling and validation,” Myburgh adds.

More on the research methodology

The initial stage centres around defining the forecast scope, with particular emphasis on highlighting the metrics required to build the forecasts. “Specific factors are determined within each segment that would allow the forecast to be deconstructed and reviewed from both a bottom-up and a top-down perspective. Market mind-mapping is a significant stage in the process and helped develop the understanding of a specific territory or segment,” says Myburgh.

A PEST (political, economic, social and technological) analysis is then conducted for each segment “using market expertise to understand the segment dynamics, key drivers and inhibitors, key territories, and most likely market development over the next five years”. She adds that the data collection stage involves “robust research and analysis ranging from operational to socio-economic and demographic metrics, with the data being sourced from both primary and secondary research”. In her response, Myburgh singled out Ovum as “hosting some of the most comprehensive databases of telecoms and media information through its Intelligence Centre”.

All forecasts are built around historic and current data, alongside informed assumptions from market experts about the factors likely to have an impact on future trends, Myburgh says. “A number of considerations have been considered when forecasting, including economic, demographic, behavioural, technological, competitive and government legislation factors, plus a host of individual segment drivers that will have an impact on specific markets.”

Despite PwC’s information, the problem remains that they have not revealed the sources of their data. When pushed for this information, particularly around the speculation that Zenith Optimedia is the only source and questioned how much they are involved, PwC issued this curt reply: “Each chapter is different, so we use multiple sources, including ABC and Adex. We do not only rely on Zenith Optimedia – that allegation is incorrect.”

This poses a conundrum as Gibson says they use Adex and ABC (as does PwC) yet the numbers differ. Myburgh stresses that this report “is a forecast”.

Why PwC does the report

What motivations does PwC have for doing the forecast, i.e. what are they getting out of it? Myburgh says, “The purpose of compiling this report is to help the industry and our clients understand how local and global markets are impacted by the changing pace of the media industry. It helps us to start conversations with all stakeholders through a deep understanding of the industry and in so doing, allows us to help solve important problems facing the industry through the services that we offer.” She also revealed that PwC is not paid by anyone to do the report, despite speculation to the contrary.

A request for continued engagement between media and PwC

When asked how PwC responds to the concerns from the media industry, Myburgh replies, “We continue to work and engage with the industry to get our forecasts more and more accurate – we therefore welcome their comments and engagement which helps inform our data. While every effort is made to get the data as accurate as possible, these numbers are a forecast and due to the fast pace of change, many times facts change even before the publication has been released. However, we really appreciate the comments and would ask these people to please engage with us so we can make sure we include and understand their viewpoints to make the outlook even more relevant.”

She says the report is now fully online and PwC encourages readers to use the functionality to get the most out of the publication.

Some of the key takeaways from the latest PwC Entertainment and Media Outlook report include: 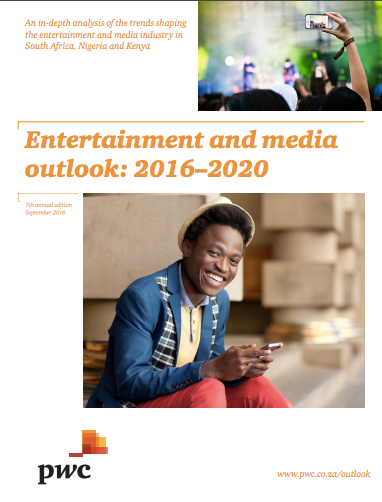