It’s a fact: Creativity thrives in times of chaos and angst 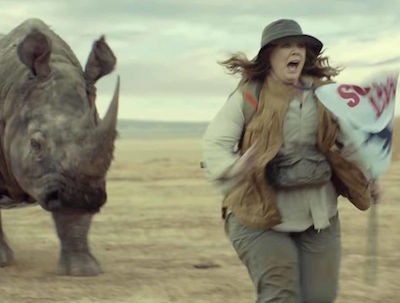 Look at the best works of art, whether music, movies, paintings, etc. The longest-lasting art comes from the minds of people tortured by feelings of loss, regret or heartbreak.

Van Gogh was depressed, suffering from mental instability and poor physical health – and his work is some of the most influential of the last 200-300 years. The Rolling Stones recorded Exile On Main St while they were effectively banished from the United Kingdom to avoid complications stemming from what was essentially tax evasion. Nirvana recorded their albums under the leadership of Kurt Cobain, who suffered from bipolar disorder. The 1997 movie Life Is Beautiful tells a story of protecting one’s family during the horrors of the Holocaust, which is likely the lowest point in the history of human beings.

The list goes on and on – but you have to agree that some of the most enduring creative work comes from pain, angst, depression and suffering.

I anticipate some amazingly creative work over the next four years.

This year’s crop of Super Bowl ads was a beginning. You might scoff at me referencing Super Bowl ads, but these are one of the only remaining art forms that reach a mass audience in a single sitting.

I was impressed with some of the underlying messages about inclusion and equality that were delivered, though I would argue that most of them stopped short of being as effective as they could have been.

The stands they took were blunted and not as edgy as I was expecting to see. The Anheuser-Busch ads were closest to making their point, while I felt the Audi ads stopped short of making as bold a statement as they could (they asked the question of whether equal pay could happen, rather than stating it has to happen for the culture to thrive). There was comedy (Kia) and there was beauty (Alfa Romeo) and there were many attempts in between. I expect next year’s ad crop to be more definitive than what we saw this year, and I expect even more strong corporate stands (as well as personal ones) in the year to come.

Don’t get me wrong. I’m not stating which side of the argument you have to be on. I’m simply stating that there are a lot of people with anger and pain on both sides of the conversation, and these feelings create some of the greatest art. These periods bring out the best and worst in people.

Art is a means to convey a point of view and try to convince others to see your way. It’s an outlet for social commentary. It’s a means of cathartic release. Art is what separates us from the animal world. Our ability to express ourselves in this way is unique and should be embraced.

Advertising is the most widely recognised, if not always the most respected, form of art. When it’s done well, it tells a story. I love advertising almost as much as I love music.

So I predict the next four years will witness the rebirth of hard-edged rock and roll – something we desperately need to hear once again. We’ve had enough of electronic music and we need some crunchy guitars and drums. We need brands that take a stand and connect with their audience in an emotional manner.

Emotion is the largest motivator of people to take action, and it’s also the core of what makes great artwork. There are lots of emotions running rampant in the world right now, both in the US and abroad. Let’s see how advertisers and artists alike tap into these emotions and deliver the messages that will resonate with audiences far and wide in the coming years.

Cory Treffiletti (@ctreff) is vice president of marketing & partner solutions at Oracle Data Cloud, and is a founder, author, marketer and evangelist. This post was first published by MediaPost.com and is republished with the kind permission of the author.