Some of my best friends are capitalists but…

Posted By: Chris Moerdykon: May 04, 2017In: Opinion, Press
Print Email 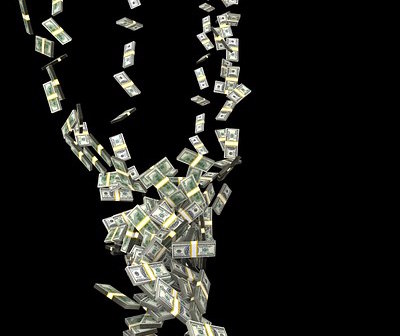 These are the people who give capitalists a bad name because their sole preoccupation is creating slightly higher earnings for shareholders today than they did this time last year.

Such is the state of probably the majority of our newspapers, magazines and radio stations.

These myopic dunderheads have spent the past few years cutting back on staff with a vengeance. Fiddling around with pension funds and medical aids and generally paying lip service to the very thing that is their only hope of making their companies sustainable in the long run.

But, these people aren’t interested in long-term sustainability. All they want is to keep the bottom-line away from red territory and ideally, their shareholders in the money. They want to do this until they get their golden handshakes so they can head off to cosy little cottages in Clifton and leave it to their successors to man the bilge pumps.

This was brought to mind recently by a social media posting by a former colleague of mine who worked on The Star, when it used to be a newspaper, who had been looking through journalism job vacancies.

So, not only have newsroom staff complements been cut by up to 90% in some cases but the salaries now being offered would not even attract anyone who can string two words together and make sense.

His clear conclusion was that the news media is largely offering pathetically low salary packages reminiscent of those offered by Noah for journalists wishing to work on the Ark Daily.

So, not only have newsroom staff complements been cut by up to 90% in some cases but the salaries now being offered would not even attract anyone who can string two words together and make sense.

A further indicator of the raw talent our news media attracts is the appearance of a new form of journalism job description. That of a “rewriter”. Apparently reporters are expected to be literally that these days. People capable of fetching news but not actually able to put what they have fetched into anything vaguely understandable. So, they just jot down what facts and quotes they have and the “rewriter” takes it all and makes some sort of coherent publishable story.

Now, all of this means that these short-sighted capitalist crazies can save yet another fortune on creating the stuff that has to go between the adverts, so that the bottom-line can gasp for a little more air.

But, all the time, the majority of newspapers are losing readers right left and centre mainly because they are fed up with the garbage that passes as journalism today and can’t afford the increasing cover prices that have gone up because fewer newspapers are being sold.

These newspapers will not last.

The only reason they are still alive is probably due to the fact that far too many marketers and advertising managers are also controlled by myopic short-term capitalist cretins and don’t have the skills to realise that media advertising has changed and that the results their ads are getting come at a massive cost.

They usually react to this by spending less money on fewer ads. About 20% of all advertising in South Africa is not only wasted but actually damages the sales of the brands they are trying to promote.

There are a few media owners that have resisted going down this road. They are easy to identify. They are the ones who are successful at what they do. They have understood the digital challenge and used it for profit, unlike the idiots who have simply gone digital for the sake of going digital and have ended up giving away their family jewels for free.

It’s a sad, sad media world we live in and getting sadder by the day.

Chris Moerdyk is a media analyst. Follow him @chrismoerdyk