Real impact as media research comes into its own in Africa 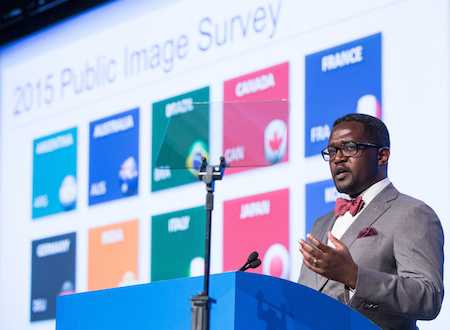 With just six weeks to go before the Pan-African Media Research Organisation’s annual conference, taking place in Cape Town this year, president of PAMRO, Joe Otin, says the growth of ‘harmonised’ research on the continent is playing a vitally important role in a number of areas.

The theme of last year’s gathering was ‘harmonising media research across Africa’, but has this vision found traction? Otin reckons it has, facilitated by PAMRO whose role is to bring together research agencies, media houses, advertising agencies and advertisers into a powerful association across the continent of Africa.

“This association reviews the needs of the media environment and proposes solutions for the current problems with the aim to advance the industry,” says Otin. “Since last year we have had more media research agencies adopting the harmonised questionnaire for their markets and implementing the standard socio-economic segmentation (SES) that we prepared two years ago. We expect to hear about their successes at the upcoming conference in Cape Town.”

Otin says the type of media data coming out of more countries now is becoming increasingly standardised, which gives potential investors a clear view of the market nuances. “It helps them move into new markets and allows for more mergers and acquisitions in the region. We have already seen a number of mergers and acquisitions happening across the borders,” he says.

One of the biggest impacts on media research in Africa has been the mobile device. Otin says research companies today cannot exist if they don’t offer new technology in their processes to increase the speed of delivery and cut down the costs in the long term. “Mobile technology is a big part of that, with GSM technology at the start and now more 4G connections being more relevant for data collection,” he says. “In my view we have only scratched the surface because the majority of the surveys are based on declarative responses and we have much to do to get to passive measurement on these platforms.”

He reckons this increased data collection and harmonised research has led to increased confidence from brands. “From a time where we only had three or four countries producing media data, our report last year had 17 countries with good media data and Amelia Richards of Ask Africa pulled out remarkable insights from the continent, in a way that’s never been compiled before. We are seeing the direct foreign investment numbers increasing in most countries and people involved indicate that the data has helped them make some of these decisions,” Otin says.

Africa is alive with opportunities, not least due to a massive youth population, which is becoming increasingly tech savvy. “The outcomes from the research conducted in Africa demonstrate the significance of the youth segment and most brands are interested in this dynamic market because if offers the most growth,” says Otin. “With the surge of online media and online video our research will focus more on this segment in order to remain relevant.”

But researching the youth has its challenges, not least media fragmentation and its impact on youth media consumption. “They are all over the place and therefore sample sizes need to be bigger if you are going to get the valuable insights from his group,” Otin says. “It therefore pushes up the cost of doing the research and before we build major syndicated research around this, the cost will be a hindrance to the supply of continuous data.”

This year’s theme is ‘Content is King and he is one of us’. “We know that content is the driving force of engagement and the major players that are growing their presence on the continent are focusing on this. The papers presented at the Cape Town conference will be a reflection of this and we’re preparing interactive panel sessions along with the papers so that we can get everyone’s input and perspective. It will be very exciting,” Otin promises.

But the conference is also a place where delegates can look back and appreciate lessons learned over the past year. It’s important to put the current advancements into context and encourage media stakeholders to take bold moves and make significant progress in the coming 12 months, Otin says. “Finally we’d like to contemplate the next big thing, and where technology and humanity are taking us next when it comes to the media industry in the region.”

PAMRO itself has undergone changes over the past year, not least incorporating a new role of executive director into the organisation. Telmar’s Jennifer Daniels has taken on that role. “She has streamlined our projects and delivered on our biggest priorities,” says Otin. “The focus of the next few years will be to enhance the content and the learning at our conferences for all members and stakeholders, which we’ve been able to embark on with a more focused approach and appointing a programmes sub-committee.”

Otin says PAMRO hopes to bring more of the Francophone and Lusophone countries into the fold too while reaching out to the regions to build country workgroups to build the momentum in membership, participation and learning. “These are all in progress and I’m confident that by the end of my term we will hand over a well developed set of initiatives that have strengthened the organisation,” he says.

He is optimistic that a younger generation of leaders is coming into the media industry who are about to overhaul the business model here. “We are keeping an eye out for this so that we can have our finger on the pulse in order to give our members clues to what the industry will look like in future,” Otin says. “The next big thing will not necessarily come from the traditional source, the West, but we believe that it will come from our beloved continent.”

The PAMRO Conference is taking place at the Vineyard Hotel in Cape Town from the 27-30 August. Space is limited to 180 delegates so early registration is essential.