The danger of calling on DStv to ban ANN7 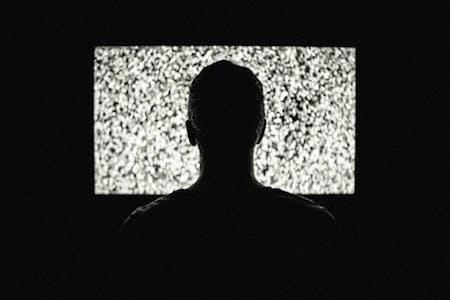 OPINION: It worries me to see a growing number of people on social media calling on DStv to ‘ban’ TV channel ANN7 from their bouquet.

As much as many of us see the so-called sale by the Gupta’s Oakbay Resources of ANN7 and The New Age newspaper to Mzwanele ‘Jimmy’ Manyi as a painfully obvious fronting charade, it is playing with fire to encourage DStv to kick ANN7 into touch.

Quite simply, until such time as a court of law finds that Oakbay was founded on illegally obtained public funding or any other crime, both The New Age Newspaper and ANN7 are perfectly legal media entities.

Anyone calling for DStv to ban ANN7 is simply falling into the same trap as those ANC members who vociferously campaign for the news media in South Africa to be over-regulated and censored via tools such as the proposed Media Appeals Tribunal.

While one can understand the frustrations of the anti-Zuma, anti-corruption, anti-ANC factions in South Africa wanting to see The New Age and ANN7 disappear, we do still live in a constitutional democracy that protects both freedom of speech and freedom of the press.

Which means that until either of these news media organisations or their holding company is found to have broken the law, they have every right to exist.

Frankly, I find the blatant pro-Zuma, ANC-hugging, fake news stance of ANN7 and The New Age offensive and hugely disturbing. But I will fight tooth and nail for their right to exist. My personal solution is simply not to buy The New Age or watch ANN7.

And now that the SABC has an interim board that is showing common sense and considerable disdain for the ludicrous editorial and management policies of the past, I can only hope with the new board being chosen, which will hopefully include most of the members of the interim board, the Pro-Zuma factions won’t find it nearly as easy to brow-beat the national broadcaster into the kind of blatant propaganda we have experienced over the past few years.

Frankly, I find the blatant pro-Zuma, ANC-hugging, fake news stance of ANN7 and The New Age offensive and hugely disturbing. But I will fight tooth and nail for their right to exist. My personal solution is simply not to buy The New Age or watch ANN7.

Which means that ANN7 and The New Age will really be the only pro-Zuma media of any consequence in the country.

And one has to argue that if indeed we believe in freedom of expression and freedom of the press then this might well balance the vociferous anti-Zuma stance of many other newspapers, radio and TV stations.

The fact that anti-Zuma media happens to hold the moral high ground and be quite right about the massive impact of state capture, corruption and personal enrichment doesn’t mean that one should ban those who are pro-Zuma in spite of being completely wrong.

Those who are against the Zuma administration because it is making a mockery of democracy and good governance cannot now get involved in trying to ban something that, for the moment, is completely legal.

Simply because this will set an extremely dangerous precedent for any future post-Zuma or post-ANC administration.

However, there is nothing to stop concerned consumers boycotting products advertised in mass media they perceive to be biased or immoral. Having said that, I can’t see this succeeding because business generally feels it has no moral obligation to give up any opportunity to sell more products.

With South African consumers being historically so apathetic, there is little chance of great numbers of them giving up anything just to make a political statement.