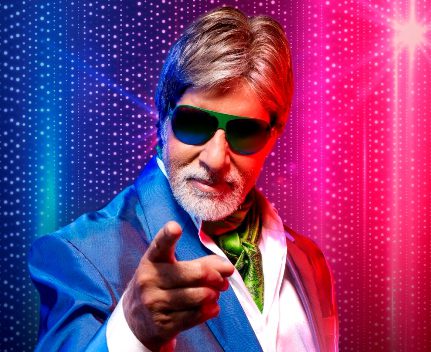 
When bringing foreign television content into a market you may end up only appealing to a niche audience, unless you adapt it for local audiences.

One of South African cable TV’s success stories is Zee Entertainment, which has brought Indian and Bollywood content to Africa but is presenting it in English and other languages to appeal to a broader audience.

“When we conceptualised our channels we said let’s consider Africa as a United States of Africa, consisting of 54 different states. Every person living in those 54 states is our target viewer.”

The programming on two Zee channels is adapted and customised to the African viewership, presenting them in English. Similarly Francophone Africa is kept entertained by Zee Magic, which brings Indian and Bollywood content in French.

While there are only eight channels on DStv’s Indian special bouquet, Goyal says they are not Zee’s only competitors. “Anyone who is bringing foreign content is our competition… and the other channels that all viewers are watching are my competition as eventually we want to get those eyeballs shifted from those channels to Zee,” he says.

The reception from Indians

With Zee presenting much of its Indian and Bollywood content in English, the question had to be asked: How is the Indian community receiving the content, and whether he’s had any complaints? “There is a generation of South Asians who understand Hindi, but the younger generation doesn’t understand Hindi so much. Their inclination is towards English content, so we have got quite a welcome response to bringing content in English,” Goyal says.

Zee is planning to bring more Indian and Bollywood content in other languages to the African continent, not just English and French. Goyal reveals that sourcing locally produced content is a high priority as currently the group receives the majority of its content from outside the continent, even though it is adapted and dubbed locally.

Colourful and vibrant are words that come to mind when thinking about Indian and Bollywood productions, having seen the Zee activation at the recent MOST Awards. Goyal says its appeals to audiences is because of its close cultural relevance in nature. “The content resonates very well. The storyline touches the heart. Most of our viewers see themselves in the stories as it has happened to them or someone they know. The love of colour and dance is another common thread,” he says.

Asked what challenges Zee have experienced in the South African and other African markets, Goyal dismisses the question, saying the brand turns every challenge into an opportunity. He touts the four new channels launched in the last 10 quarters by the group as proof of its positive mindset.

Not enough knowledge about Africa

Goyal is of the opinion that not enough is known about Africa and the exciting markets which it contains. “People come with a lot of apprehension into Africa. Because we are a company based in the heart of Africa in Joburg, we have no apprehension. We’re saying South Africa is the jewel in the crown of the United States of Africa,” he says. His message to others working in Africa or who are looking to break into the space, “Africa is full of opportunities; it’s just that one needs to plan it. Come with a plan and the strategy is right, everything is possible”.

Last week Zee Entertainment hosted Upfront, a programming showcase that highlighted what viewers can expect to see on the three channels over the next three months. This was the first time that the group had publically promoted its content. Explaining why the event was held Goyal says, “We never came to the media and disclosed a content strategy until last week. It was high time for us to showcase the content”.

Many people complain that programming on DStv channels is repetitive, with the same shows being rerun over and over again. For Zee, fresh content is a focus to keep audiences engaged and coming back for more. “In Africa we are seeing a big gap in terms of the content. We see content that is 20 years old being broadcast on certain channels, so we feel the viewers deserve much more than what they are receiving right now,” Goyal comments.

The overarching lessons from Zee is to keep content fresh, curate and adapt it to local audiences and listen to what the audience wants. If these steps are followed, then success is sure to follow.