Change the conversation: What PR needs to do now 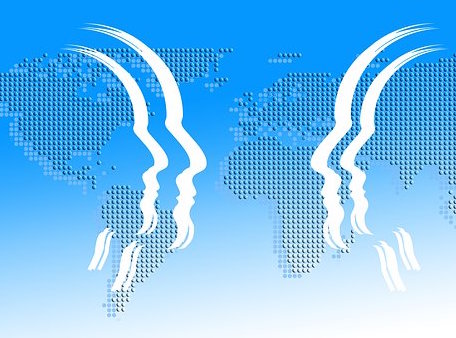 The PR profession turns 120 this year, a milestone that should be cause for celebration. But, against the background of one unethical PR firm being complicit in #WMC and the #GuptaLeaks, coupled with ongoing accusations of its dinosaur days, what should be a very happy birthday is more of a watershed moment (read: opportunity) to change our stale ways.

Bell Pottinger was the final nail in the coffin of PR’s reputation crisis. As the global industry scrambles to distance itself from Bell’s behaviour, the issue of ethics and regulation has been raised both locally and internationally. Yesterday we learnt that the UK’s Public Relations and Communications Association (PRCA) upheld the DA’s accusation that Bell Pottinger designed a campaign to inflame racial tensions in South Africa, and on Tuesday the industry body ruled that the firm has been expelled, with PRCA DG Francis Ingham saying “it was the most unethical work I’d ever seen”.

While legislation may take time to implement, it is clear that PRs cannot be seen – perceived or otherwise – to be spin doctors, a term that makes most in the industry cringe. The fact is PR has (forever?) been tarnished and it will take consistent ethical action from all practitioners to ensure change.

Where some see threats, others see opportunity. The demand for tangible metrics, and most importantly, impact, has become a non-negotiable. Securing exposure is not enough; if it doesn’t drive a clear call to action it ain’t gonna cut it for clients or organisations who are increasingly feeling the heat from competitors within their own industries and beyond.

Media consumption is dynamic, multi-sensory and cross-platform. If a target audience is urban, it is almost certain they’re pulling on different pieces of content, from a host of sources. Traditional media (which includes online) is but one publisher; Google, Facebook and LinkedIn are just as accessible and many have larger, more targeted audiences than a mass medium. Post and share good content published on ‘own’ channels or third parties where relevant. This increases reach and, if there’s a clear call to action, new streams of prospects too.

It’s old news that Google ranks content for quality. Being an expert, having a strong point of view, offering a unique angle, and having something useful to say are communication essentials. Clients need to cultivate a voice and have an opinion on what happens in their industry, and ideally, have a solution too. It’s easier said than done, but creating quality information and insight is a valuable tool that can be used to position and define expertise and authority. This helps to get Google’s nod and bumps content up the search ranks.

Google is the gateway to many commercial transactions. It may be the short-tail where traffic is driven directly to a site to land a new lead. Or, it is the long-tail that directs visitors to view more information online, to review, research or bookmark. Either way, communication can play a key role in shepherding traffic to you, through tools like blog posts, newsletters, online articles or social media posts and shares.

Trump’s surprise win lifted the lid on this scary practice and quickly led to journalists everywhere being pedantic over facts. Fake news has the ability to change the course of discourse, history and ruling powers so it is essential that there are no grey areas in communication and every single source and fact is checked, again and again. Brands and businesses need to retain and build trust and credibility and being consistent, clear and correct in all forms of communication – created internally or externally – is key.

Declining ad revenues have shrunk the newsroom, and permanent staff are in smaller numbers, and often overworked. Being a source of credible, fact-checked news is an opportunity for brands, businesses and individuals to demonstrate their expertise (read point 7). But note: contributions must be 100% editorial; no explicit promotion allowed. Keep that for paid-for platforms and know when to build brand and reputation and where to push products.

In this highly competitive commercial environment, it’s little wonder that communication is only part of the story. Driving conversion is often the end goal, and while communication plays a role in closing the deal, it needs to work harder at encouraging audiences to take action. The challenge is how to make communication, that typically is a soft sell, do the hard work. The answer? Put some bucks behind it. Boosting, sponsoring, collaborating and investing in third party platforms and partners gives your content a better run for its money, and the message is more direct. Sound like advertising? It is. But editorial alone doesn’t drive direct sales; budget gives it the boost it needs to help secure the sale.

2. Niche is the new mass

National newspaper and broadcast shows used to have the ear of the public. Today the audience is far more fragmented and the right target audience may prefer to peruse an industry’s trade newsletter or homepage than the headlines of the biggest broadsheet. If a readership of 10 is more targeted than a mashup of one million, it’s wise to put some eggs into the smaller basket to make a more meaningful impact. That said, the power of reaching a significant part of the population through media mavens like the SABC or Sunday Times cannot be underestimated if you’re building your brand. As they say, there’s power in numbers: it just depends on what you need them for.

Just as Juliet said to Romeo, the name of something should not affect what it really is. Public Relations is, at its very core, a tool to communicate with stakeholders, to inform, educate, engage and entertain. While these fundamentals of PR will always remain the same, as it turns 120, it is time to take the conversation further and make positive impacts that have the capacity to enable real change – commercial, political, environmental or technological.

Let’s do it. It’s time that #communication #converts and adapts to #change.

Rebecca Cronje is a director at Cultivate.