LATEST NEWS
Home Out of Home Out there and online: A snapshot of the African middle class

Out there and online: A snapshot of the African middle class 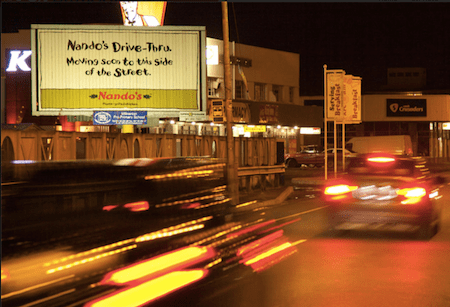 Much hype has been made of the African middle class. The belief that this class is financially secure, own property, is educated, and buy brands at liberty, is a misnomer. The reality is that they are pressurised to survive each day, and brands need to adapt their strategies to accommodate and collaborate with this market to achieve their basic aspirational and daily needs.

We know the African middle class is not homogeneous. The cultural, language, religious and regional nuances that shape each country also shape how consumers in different countries behave and spend their money.

According to the Ipsos/Unilever Institute of Strategic Marketing’s study, the middle class, across the 54 African countries, is really made up of three segments which vary by country based on demographic and socio-economic and political environments.

The so-called ‘burgeoning African middle class’ that is often quoted, in reality constitutes only approximately 34% of the African population. The vast majority of Africans, (approximately 60% of the population) live below the poverty line.

As urbanisation accelerates across Africa, the Vulnerable segment of the middle class suffer specific living pressures that the Accomplished and Comfortable segments do not. Unemployment and income uncertainty is prevalent. This segment, however, is still a key market for brands to pursue and woo, albeit within the economical constraints they manifest. The ambition and drive to become more than they are can shape how brands integrate their products into their lives, considering that brands need to do this with value-based offerings, and in a humble manner.

Relevant and trusted brands will grow if they respect the traditions and constraints within the middle class. The continent’s infrastructure development, however, has not kept up with the population growth. This impacts on the use of traditional media, and out of home and radio exceed the value afforded compared to other traditional media.

Fifty percent of the world’s population growth between 2017-2050 is expected to come from Africa, and the expected median age for Africa’s population is 25. As a youthful continent, it comes as no surprise that nearly 900 million mobile phones are in operation in Africa with mobile broadband networks in many rural areas of the continent.

According to the Ipsos/Unilever Institute of Strategic Marketing’s study, 47% of the middle class access the internet every day, primarily via smart phones (83%). Media consumption is changing, and with the increased use of mobile, the inclusion of out of home formats will amplify the synergistic mix and drive consumers online.

In addition, the ability to create new experiences to consumers via activations to induce trial is key to maintaining and attracting new custom. The old marketing mantra, “try and buy” holds true for the middle class. While this volatile market live with uncertainty, brands that acknowledge the inherent living challenges within the different countries, and structure their promotions to suit, will gain traction.

Driving consumers online via out of home formats is enabled with geographically and demographically targeted reach, generating instant awareness, reduced wastage and improved relevance through specifically placed messaging. The synergy between out of home and online has been proven to be effective… simply put, out there and online!

Lyn Jones is Gauteng regional head of In Touch Media.